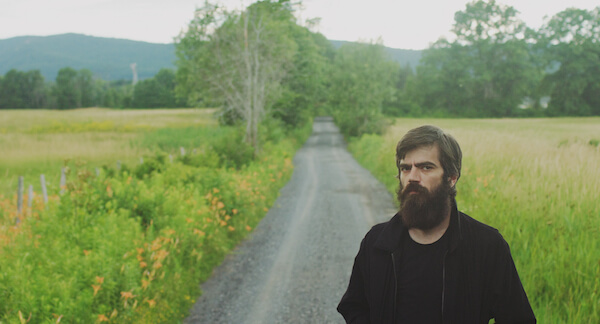 Since 2008 Titus Andronicus music has swayed from one style to the next, from bombastic, fist-in-the-air punk to soaring, swaying sing-along waltzes dense enough to keep a sea barge afloat.

The rock continues on the latest Titus Andronicus collection, A Productive Cough (2017, Merge), that finds singer/songwriter Patrick Stickles flexing his metaphoric pen on music that would sound good next to Exile-era Rolling Stones.

Sunday’s Titus Andronicus show at Slowdown will be an acoustic-only take on this new material, plus some Titus chestnuts. Stickles will be joined by Omaha native, pianist Alex Molini. “No drums, no ‘mosh pit’ every song pretty slow and not as loud,” Stickles said of this current tour.

I caught up with Stickles and asked him to take the Ten Questions survey. Here’s his answers:

Patrick Stickles: It has been a long time since I declared an album to be my “favorite,” as I don’t much care these days to turn art into any kind of competition. When I did make such lists, I used to say that the self-titled debut of Violent Femmes was my personal number one, though it has been a while since I revisited it, and the adolescent frustration which the album so effectively embodies has slightly faded within me over time. Over the last five years or so, the album I have listened to most is probably Supreme Clientele by Ghostface Killah, which is so lyrically dense that I can hear it a hundred times and always find new wonders — what a powerful pen.

I try not to give too much emotional energy to the music that I don’t like so when I hear a song that irritates me, I don’t tend to learn its name, but I often find myself getting very frustrated when I am at the grocery store and they play that sort of acoustic, “whoa-oh” music that sounds like the band is wearing suspenders. That music must make some people happy though so I shouldn’t put it down.

The most rewarding aspect of my career is meeting people who testify that the music has had a positive effect in their life, that it has helped them endure their difficult times. Many people in the audience have gone through struggles similar to my own and I know the power that art has to validate the sufferer and fortify their spirit. It is a great honor to be a part of that exchange and to pay my debt to the artists who have helped me to carry on.

I adopted two baby cats last year and, of course, they can’t come on tour with me. Leaving them at home was difficult and I miss them very much.

I smoke a lot of cigarettes, though I do not recommend them.

Performing in New York City is always special, as that is mostly where we all live. As I write this, we are gearing up to play in Toronto, which is a rocking town. Really though, any town with a stage where people are willing to show up and receive the music is fine by me.

In terms of the quality of the performance, the worst Titus Andronicus gig I can remember was in Oxford, UK, which was marred by extensive equipment malfunctions, out-of-tune guitars, general sloppiness and all those sorts of things which plagued Titus Andronicus for the first five years or so of the career. As far as shows which I enjoyed the least, our last show in Akron, OH was ruined by a certain contingent of drunk bros who took it upon themselves to create and enforce an overly violent, macho vibe on the dance floor, which bothers me to no end. This sort of thing happens more often than I would like, but it is usually the fault of a few bad apples and I try not to let it sour my impression of the whole town, Akron or anyplace else.

I am very blessed that music has been my solitary occupation since 2008, shortly after the first Titus Andronicus album was released. My needs are fairly modest, and it’s not as though I am raking in the dough or figuring that I can retire off this rock and roll thing one day, but I am very grateful that I am able to make my art the focus of my life. There’s no way to know how long that will last, but every day that I get to live the life of the artist is a great gift and I measure my success in those increments.

The last “regular job” I had before pursuing music full-time was in delivering pizza, so I suppose that if I wasn’t rocking, I would be doing that. Unfortunately, that’s another one of those jobs that is going to be done entirely by robots in a few years. Before that first album came out, I was studying to become a schoolteacher, but I can hardly even imagine doing anything like that now — young people are crazy, especially with those phones they’ve got these days.

The pianist accompanying me on this tour is a fellow named Alex Molini and he is a native of Omaha. He speaks very fondly of his childhood years and he makes it sound as though Omaha is full of a lot of decent, good-hearted people with strong values. Of course, I have been to Omaha several times myself, always enjoying it thoroughly, and I am sure that our show at Slowdown will be a worthy addition to my expanding book of Nebraskan memories.