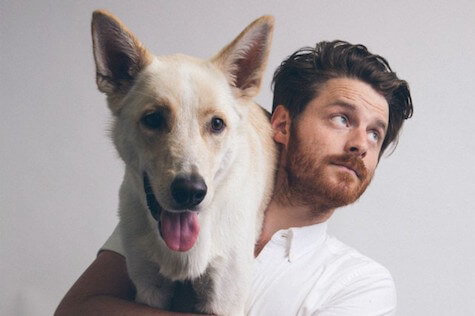 Austin’s Walker Lukens sings rock songs with a swagger, a swoon, a velvet edge that cuts through a retro-fueled funk like Frankie Valli with a shiv. His music struts, it sneers as Walker sings his stories about life and love in the big city.

On his one-sheet, they say he’s been compared to Nilsson (slightly off the mark), to Tom Waits (not sure why) and Pavement (a real head scratcher there). A closer comparison would be to Britt Daniel, which makes sense because lately Lukens has been working with Spoon’s Jim Eno, who (were told) is producing an upcoming Lukens album called Tell It to the Judge. No doubt you’ll be hearing song off that anticipated record when Lukens plays at The Slowdown Wednesday, April 20.

We threw down the Ten Questions gauntlet for Walker, and he crashed through it with great panache. Here’s what he had to say:

Walker Lukens: If Tusk and Bone Machine were mashed up that would be my favorite record.

2.   What is your least favorite song?

“Piano Man” rivaled closely by “American Pie.” Even when I’m in my car or at home, the opening notes of either song have me asking for the check.

3.   What do you enjoy most about being in a band?

Performing alone is like playing tennis against a wall. Who wants to watch someone play with themselves? Who can blame a singer for, after a while, letting the ball hit him in the head just to feel something different?

Playing with a group is like being on a rowing team. The song is the boat. The audience, the water. The band, the oarsmen. At best, I’m Washington standing at the bow in Scott Stapp pose, one foot on the monitor. Triumphant only by the grace of ye oarsmen. At worst, at least I don’t have to pretend to like tennis.

I hate letting down my band. I hate group texting.

5.   What is your favorite substance (legal or illegal)?

I’m not gonna tell you how much I like molly unless you ensure that my mom can’t read this.

I’ve played so many awful shows, you wouldn’t believe. Once, I brought a full band to play a coffee shop in Boone, New Hampshire, that in addition to not disclosing before arriving that they didn’t have a PA, didn’t want any music that required a PA. Once, I played at a venue in Mississippi so poorly grounded that I got shocked every time I sang. The only remedy in the given timeframe was putting the sound guy’s dirty sock onto the microphone.

I don’t walk out of gigs like the ones above. I teach. I fill excel spreadsheets full of data for hourly pay. I hang posters. I accept all free lunch offers.

I would love to be a travel writer. I would hate to own a music venue.

All of my favorite bands from high school were from Omaha, so in a weird way I feel like I know lots of stories about Omaha. (Is Omaha on a Wednesday night going to feel like Wet From Birth?)