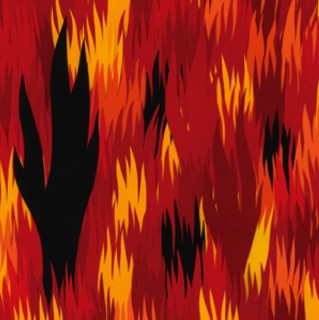 Bright Eyes’ new album, The People’s Key , comes out Feb. 15 on Saddle Creek Records. Conor Oberst’s publicist tells me the band, which had just started rehearsals, has put all press inquiries on hold for the time being. Maybe when Bright Eyes schedules the inevitable concert in Omaha (perhaps in conjunction with the MAHA Music Festival?) we’ll get Conor’s perspective on the album. Until then, you’ll have to settle for mine in this review. NPR.org, which has been streaming the album in its entirety for the past few weeks, came right out of the gate declaring it the “best record Bright Eyes has ever made. In fact, it’s the best record the band’s frontman, Conor Oberst, has ever been a part of.” Only time will prove if NPR is right, though I don’t know how you could declare any album as being an artist’s “best.” It might be your favorite, but “best?” Come on … I will say this: I like The People’s Key much more than Oberst’s last solo album and his Monsters of Folk material, and that’s somewhat concerning to me as I’ve maintained all the talk about this being “Bright Eyes final album” was pure silliness since Bright Eyes at its core is Oberst. However, there’s no denying that Oberst is a different man when it comes to Bright Eyes. From both a musical and lyrical standpoint, Bright Eyes records hold together better, like reading a great novel as compared to a collection of short stories. The thematic essence of Bright Eyes albums is more consistent and, well, satisfying than what he’s produced under his solo banner. The album keeps with the Bright Eyes tradition of starting with a spoken-word audio clip. For Cassadaga , Bright Eyes’ last album, it featured a (presumably) big-haired southern woman talking about spiritual centers that attract “believers,” like the Florida town the album was named after. This time it’s “Shamanic” vocalist Denny Brewer of the band Refried Icecream doing an L. Ron Hubbard-esque spiel about spaceships and lizard men at the beginning of the world. Brewer occasionally sticks his head in between songs, sounding like Will Ferrell imitating Harry Caray. For long-time fans, this eccentric touch is part of what you come to a Bright Eyes album for, though later on you’ll find yourself figuring out ways to cut out those opening two-and-a-half minutes so you can get right to the first song. In this case, that song is “Firewall,” a simple melody draped in dread and built upon a sinister, circular electric guitar line. Oberst spits out his vision of talking ravens and artificial theme parks before getting to his own artificial reality and his escape from it via jump ropes and slit wrists. Breaching the “firewall” opens the melody to the glorious heavens, before it comes back down. If there’s a theme that ties the album together it’s Oberst’s dwelling on the inevitability of death. Every song has an allusion to death or dying, a theme approached now with resignation, though it’s something (based on earlier Bright Eyes material) that Oberst figured out long ago. That theme is most obvious on the album’s ultimate downer number, “Ladder Song,” with its subtle opening lines: No one knows where the ladder goes You’re gonna lose what you love the most You’re not alone in anything You’re not unique in dying Mournful piano and Conor at his most quivering. In the old days, this would have been a song about a broken heart or a strung-out night spent in Manhattan. My how things change as you get older. And unlike, say, Prince’s song about a ladder, there’s no salvation or hope at the end of this one. About to turn 31, Conor seems too young to be dwelling on death, but then again, there were those who wondered if he’d even live to see 30. The People’s Key might be Bright Eyes’ most consistent album from a song craft perspective. There is an undeniably straightforward quality; everything seems self-contained, pulled together and kept from going on tangents. The end product is an even line from beginning to end. Predictable, and for a lot of music-goers, that can be very satisfying. But there is something missing. On every other Bright Eyes album, there was one perfect moment that jumped off the disc, unique and demanding a rewind, the perfect song for the mix tape. From I’m Wide Awake, It’s Morning it was “Lua.” From Cassadaga it was “I Must Belong Somewhere.” From Lifted , it was “Nothing Gets Crossed Out” and “Lover I Don’t Have to Love” and “Bowl of Oranges” and “You. Will. You. Will? You. Will? You. Will?” and “Waste of Paint” — a song that you can’t turn off or skip over after it’s begun. I’ve been listening to this album for a couple weeks and that song hasn’t jumped up and waved its arms at me yet. Maybe it will later. I don’t know. Maybe it’s more than I should expect. That’s the thing about Bright Eyes albums. Those of us who have followed the band since the days when Conor wore glasses expect every release to be a masterpiece. And maybe that’s what separates Oberst’s solo work from his Bright Eyes efforts — that he and cohorts Mike Mogis and Nate Walcott also approach each album as if it were something more than just a collection of songs. Time will tell if The People’s Key was a just a collection of songs or a “masterpiece” or a “best” or just a favorite. Right now it’s just a good album. Lazy-i is a weekly column by Reader senior contributing writer Tim McMahan focused on the Omaha music scene. Check out Tim’s daily music news updates at his website, lazy-i.com, or email him at lazy-i@thereader.com.