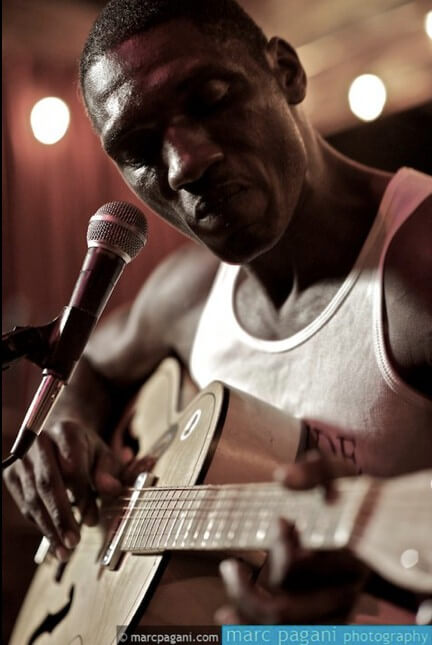 Before you read the words “The Blues” and turn the page, check out what Scott Kirk wants to tell you.

“I have been saying for years now that the music world is starving for a change,” Kirk, owner of The 21st Saloon, says. “This is where I believe that the blues has never gotten the credit it deserves. People have a misconception of the blues. It’s not what I thought it was. It’s all genres mixed into one. All music comes from the blues, if you ask this guy’s opinion. We have bands come through The 21st that play all variations of blues, young and old, chill and rock your face off. You will be amazed at some of the younger musicians out there that are putting on some of the best shows I’ve ever seen. In the last few weeks we have had artists performing ranging in ages 21 to 70 years old! The blues ain’t diein’! So if you’re starving for something appetizing for those eardrums, come out and give it a chance.”

Scott Kirk bought the venue in 2013 and learned the business working under Terry O’Halloran for over a decade. A conversation with Kirk quickly reveals that a man with passion for live music is back in charge at the 96th & L venue once owned by O’Halloran. Kirk’s background in the service and entertainment industries dates back to a stint at McDonald’s Hamburger University in his teens. He also played percussion in school jazz ensembles and other bands when he was younger.

The 21st Saloon hosts touring blues acts every Thursday, 6-9 p.m., a tradition that began in the late 1990s under O’Halloran’s ownership. The venue also is home base for the 3D in Your Face tribute to hair bands during the winter months.

“I’ve observed, listened and believe there is a need for a venue like what The 21st Saloon has to offer. Not just a place for great music, but a place where everyone knows your name and cares more about the experience then getting intoxicated. The music business is based off passion not riches. You have to live music to keep it alive.”

After football season ends, Kirk plans to start a Saturday night music series that will draw from touring blues artists, probably once a month, and also feature other genres. Kirk also wants to work with local bands to give them a more consistent place to play. Keep up with The 21st Saloon on Facebook.