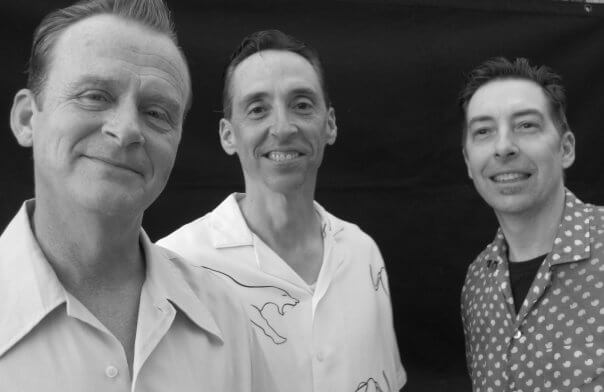 Blues has returned to The 21st Saloon, 96th & L, after the venue took a break during the Playing With Fire concert series. Thursday, July 16, the club brings back perennial favorites The Bel Airs. If you’ve followed the blues scene at all in the last 30 years you’ve probably seen The Bel Airs and they have still got it goin’ on. Audiences always fill the dance floor for the Columbia, Missouri, band’s tight, blues-roots-early-R&B sound fueled by Dave Pruitt’s fiery guitar work. Brother Dick Pruitt and Michael Cherry hold down the rhythm section and Dick also shares the vocal duties as the band spins out a boogie-ready mix of Delta blues, New Orleans R&B and vintage rock ‘n’ roll. See belairs.com.

Also performing is another veteran of local stages, Little Mike & The Tornadoes, a band that was seen often at the old Anchor Inn and McKenna’s. Little Mike & The Tornadoes were formed in 1978 and considered “one of the busiest and toughest blues bands in New York City.” according to the band’s bio. Little Mike Markowitz was heavily influenced by classic Chicago blues and also took on the role of producer, producing discs for heroes Pinetop Perkins and Hubert Sumlin in the late 1980s. After taking a break where he spent time raising his family in Florida, Little Mike & The Tornadoes are back on the touring scene, releasing three discs in the last three years. Check out littlemikeandthetornadoes.com. The Thursday, July 16, show begins at 5:30 p.m.

Coming up at The 21st Saloon is another date change-up when the blues moves to Wednesday next week for a show Wednesday, July 22, featuring a double-bill with Grammy-winning zydeco entertainer Chubby Carrier and Australian bassist-singer-songwriter Anni Piper. Piper plays up a sultry image in press materials but also gets rave-ups for her musical ability. The Edmonton Sun writes “Piper has the kind of voice that lulls men to their doom. It’s soft and sweet when it wants to be, scared and vulnerable a moment later, then ripping through you like a razor.” See annipiper.com.

The fabulous Laura Rain & The Caesars from Detroit killed it in their 21st Saloon debut last month. They are back in the area for a show at Lincoln’s Zoo Bar Wednesday, July 29, 6-9 p.m. Rain is a powerhouse soul-R&B vocalist whose show overflows with emotions and vocal prowess. She’s backed by a fine band including George Friend laying down some sweet vintage-tooled and jazz-inflected riffs on guitar. See laurarain.net.

Remember the annual Hullabaloo festival is coming up Thursday, July 23, through Saturday, July 25, at Sokol Park south of Bellevue. The music and camping festival features Indigenous, Samantha Fish, Josh Hoyer & The Shadowboxers, Kris Lager Band, The Wondermonds and many more acts. Check hullabaloomusicfestival.com for schedule and details. You can buy a three-day pass or attend just one day.

The Donate Life Blues Fest features the Walter Trout Band in Trout’s first Nebraska performance since his life-saving liver transplant in May 2014. Also performing is Tommy Castro & The Painkillers with special guests plus a Terry Quiett Band reunion and the Lauren Anderson Band. The Blues Fest takes place Sunday, July 26, 1-9 p.m. at The River City Star. Tickets are $25 in advance and $30 at the gate and are available at eventbrite.com. The event is a co-production of the Blues Society of Omaha and Playing With Fire. Proceeds after expenses will be donated to Donate Life Nebraska to help continue their work in organ donor education and sign-up. See more details in this month’s print edition of Hoodoo at thereader.com/story/fiery_favorites.