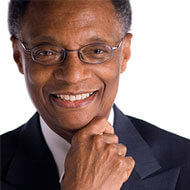 Ramsey Lewis has turned out a quantity of albums equal to the amount of years he’s been on this earth: 80. His shelves hold up seven gold records and three Grammy Awards and he keeps on holding up a standard for keeping up with the times. Earthiness has long been his thing, springing off from his jazz pianoism to dig into other roots, melding, blending and grooving with rock, soul, and R&B. But jazz still is where he comes from and where he keeps on coming.

He’s coming to Omaha. One gig only. November 13 at the Holland. He brings with him his Electric Band and takes the stage with singer Philip Bailey from another earth: Earth. Wind and Fire in which, among others, jazz, funk, disco, Latin and African breezes heat up and blow. Bailey, FYI, has collected multiple Grammys himself, seven, and been inducted into two Halls of Fame: Rock and Roll plus the Songwriters’.

Lewis has long linked up with that band which has now been around more than 45 years. It started when another singer, Maurice White, left a Lewis group to be one of the founders. That’s around the time Lewis was in hitsville with “The In Crowd”, “Hang On Sloopy”, and “Wade in the Water”.

But make no mistake, jazz is still a major part of Lewis’ performing, not always as the sole attraction with such brothers as Herbie Hancock, Dr. Lonnie Smith. Joey Defrancesco, Chick Corea and Pat Metheny as well as with mainstreamers Dave Brubeck and Benny Golson.

The Electric Band’s book ranges wide, with charts by Stevie Wonder, Dr. John, Kung Fu and of course, EW&F. The line-up includes another keyboardist, Tim Gant along with Joshua Ramos on bass and drummer Charles Heath. Chicago’s Henry Johnson is the guitarist. He started our strong with organist Jack McDuff and then, at age 25, spring- boarded onto a career with Lewis, bringing with him the influences of Wes Montgomery, George Benson and Kenny Burrell.