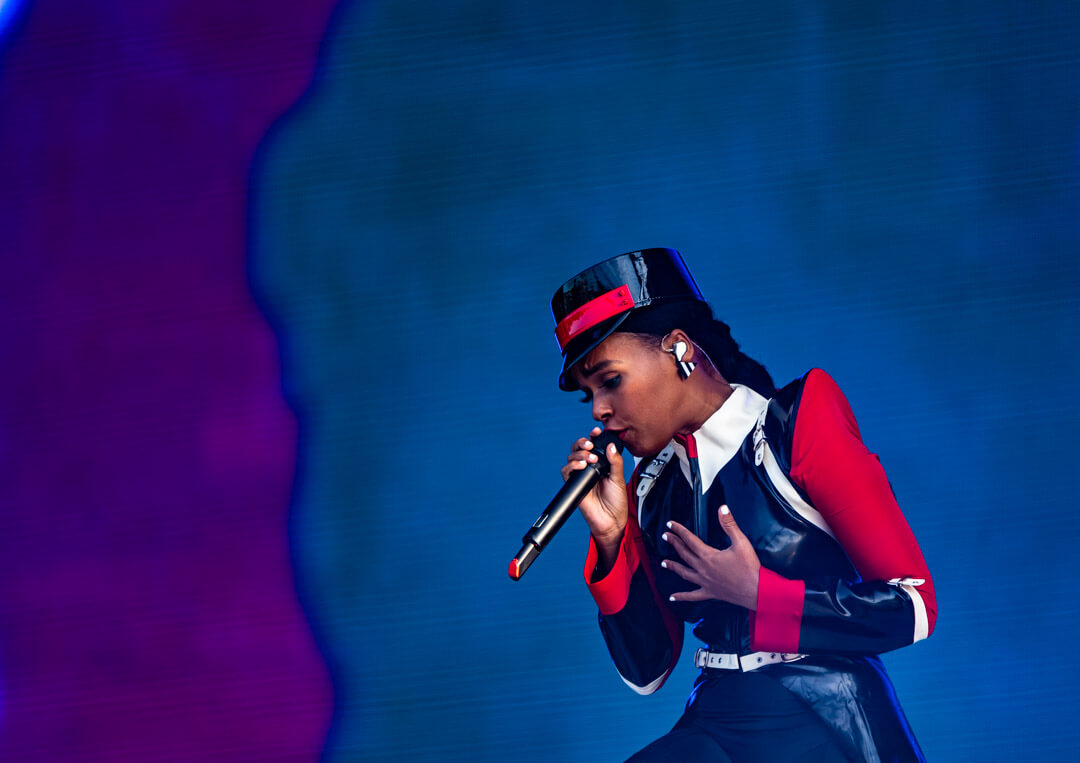 Janelle Monáe wasn’t a headliner, but she should have been. The ArchAndroid’s set was an absolute masterclass in pop performance and showmanship. She didn’t take a break until the 30-minute mark of her set, effortlessly rolling through Dirty Computer standouts including “Crazy, Classic, Life” and “Django Jane” before ceding the floor to her guitarist for a Prince-style solo at the end of “PrimeTime.”

The set’s second half was female-forward as she wore a pair of pants that looked like a vagina while performing “Pynk” and “Yoga.” Monáe also took time out to say that she hoped everyone in the crowd was fighting for the rights of the LGBTQ community, people of color, immigrants, and people with disabilities. To hear that and see a young boy in a wheelchair cheering before dancing to “Tightrope” was easily the most heartwarming scene of the weekend. 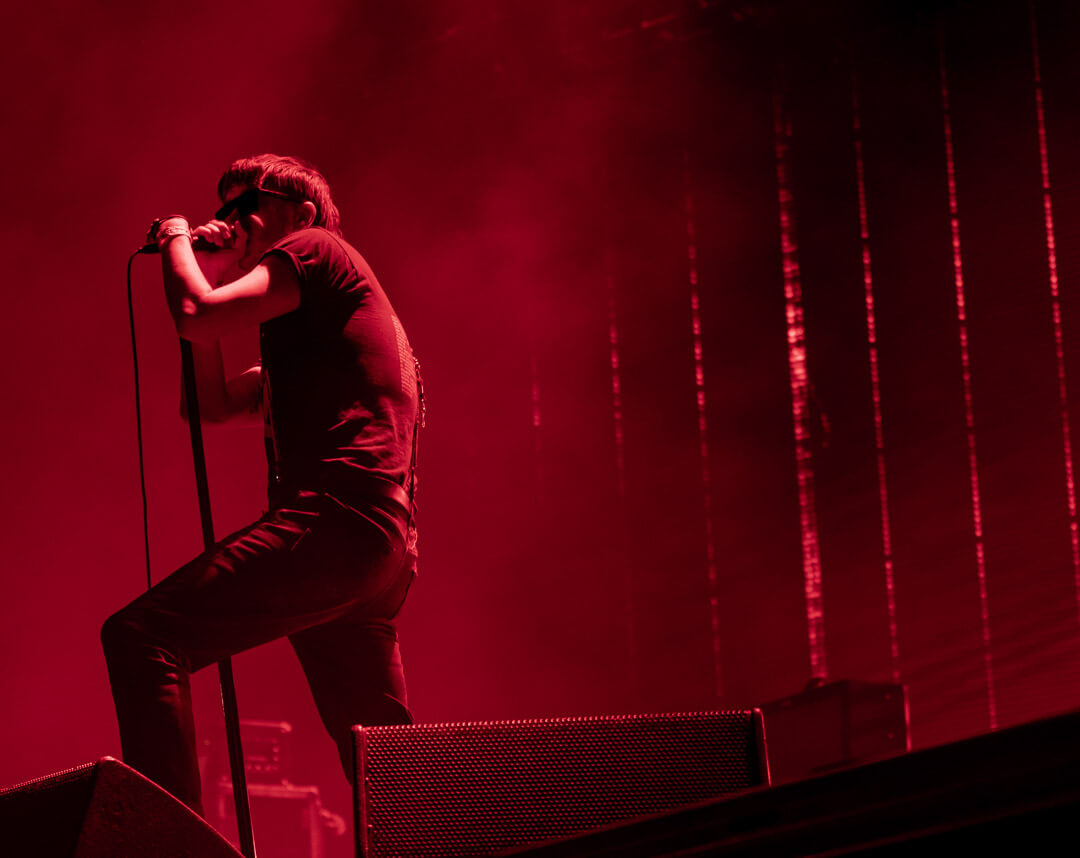 It’s weird to think of the Strokes as classic rock. But, with the 20th anniversary of the band’s debut album, Is This It, just around the corner, the New York garage rockers are approaching that category dangerously fast. Still, the band delivered a reasonably tight set – except for some slurry stage banter from singer Julian Casablancas – that was heavy on hits from their early 2000s heyday.

The band opened with First Impressions of Earth favorites “Heart in a Cage” and “You Only Live Once” before tearing through a pair of singles from their infamous debut. For a band that only plays a handful of gigs a year, everyone in the group sounded incredibly tight. Guitarists Albert Hammond Jr. and Nick Valensi traded jagged licks and lead duties while Fab Moretti and Nikolai Fraiture locked down the rhythm section.

Casablancas seemed to be the only one that was off as he rambled on about the “Windy City” and “techno monster in the distance” – referring to the Chainsmokers playing across the festival grounds. Despite multiple stoppages, and Hammond Jr. commenting on how intoxicated Casablancas was, the frontman delivered the lyrics with his signature drive-through-window-microphone scratchiness that made him a star. 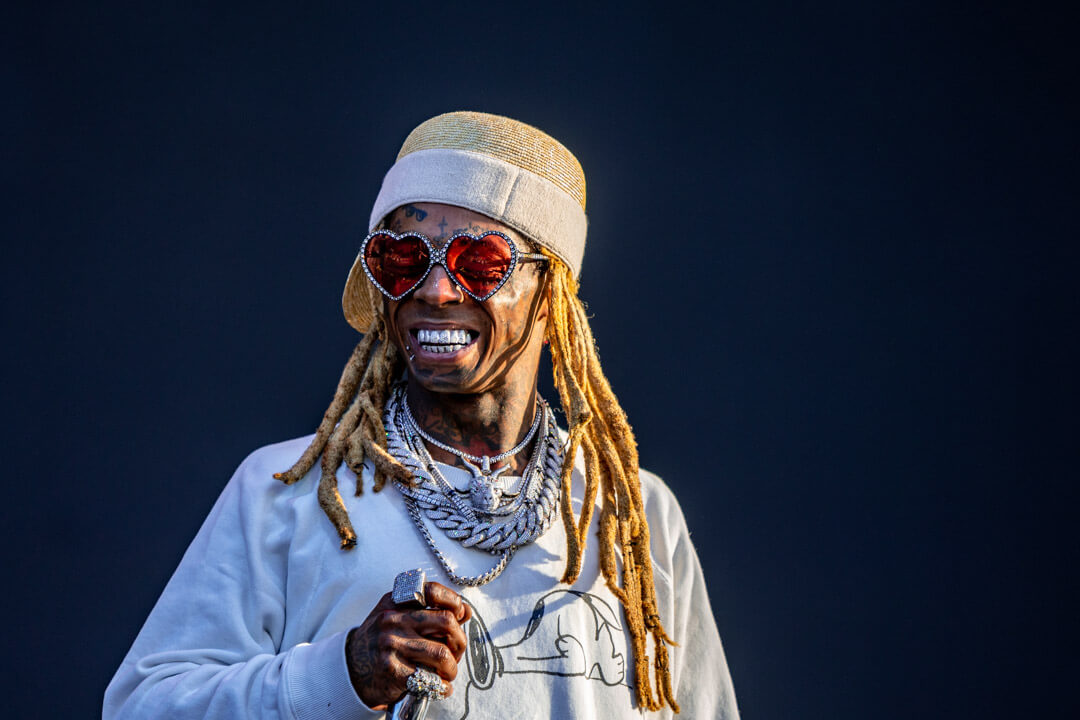 Hip hop played a more prominent role on the roster this year and festival-goers made the most of every set I attended. Kids were pulled over the railing during Lil Skies blistering Lake Shore stage performance. People passed out waiting for 21 Savage. A fight even broke out near the photo pit five songs into Lil Wayne’s greatest hits display. For the most part, fans were just excited to see their favorites MCs spitting throughout the weekend.

Tierra Whack proudly claimed that the crowd at her American Eagle stage set was the best she had ever seen. You could tell that verbally-dextrous artists like Smino and Saba relished the opportunity to show off their skills in person. Even Wayne was all about keeping the good times rolling as he debuted his own remixed version of “Old Town Road.” Here’s hoping that this year’s lineup becomes the trend and not the outlier. 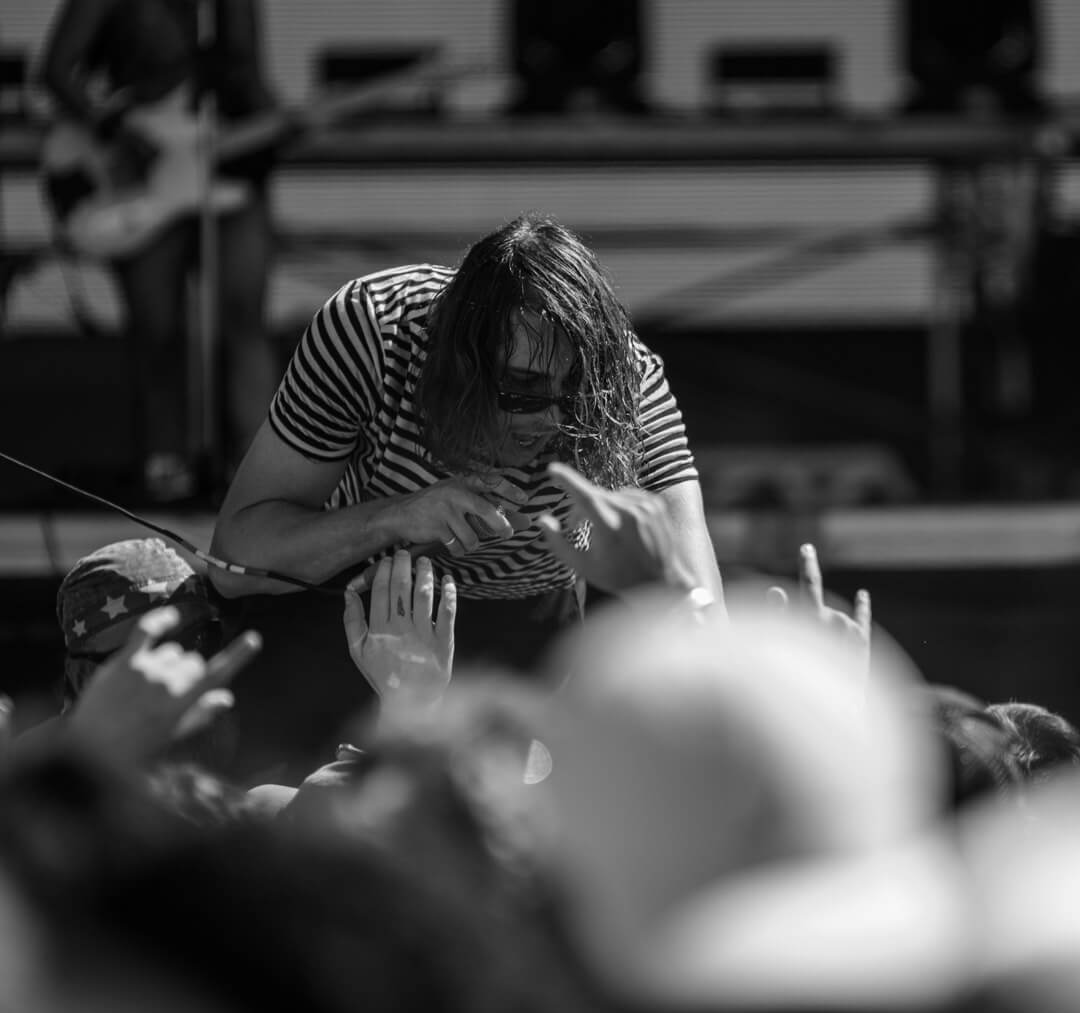 The beauty of punk rock has always been the fact that anyone can make it – whether they have musical talent or not. Bristol punk band Idles put that ethos to the test during their Friday afternoon set on the T-Mobile stage.

Throughout the set, band members jumped in the crowd to let audience members strum their guitars and shout lyrics into the mic. When that wasn’t enough, they pulled a few kids out of the crowd to join them on stage and surprised them by handing them their instruments.

Were they good? No. Did it matter? Not at all. 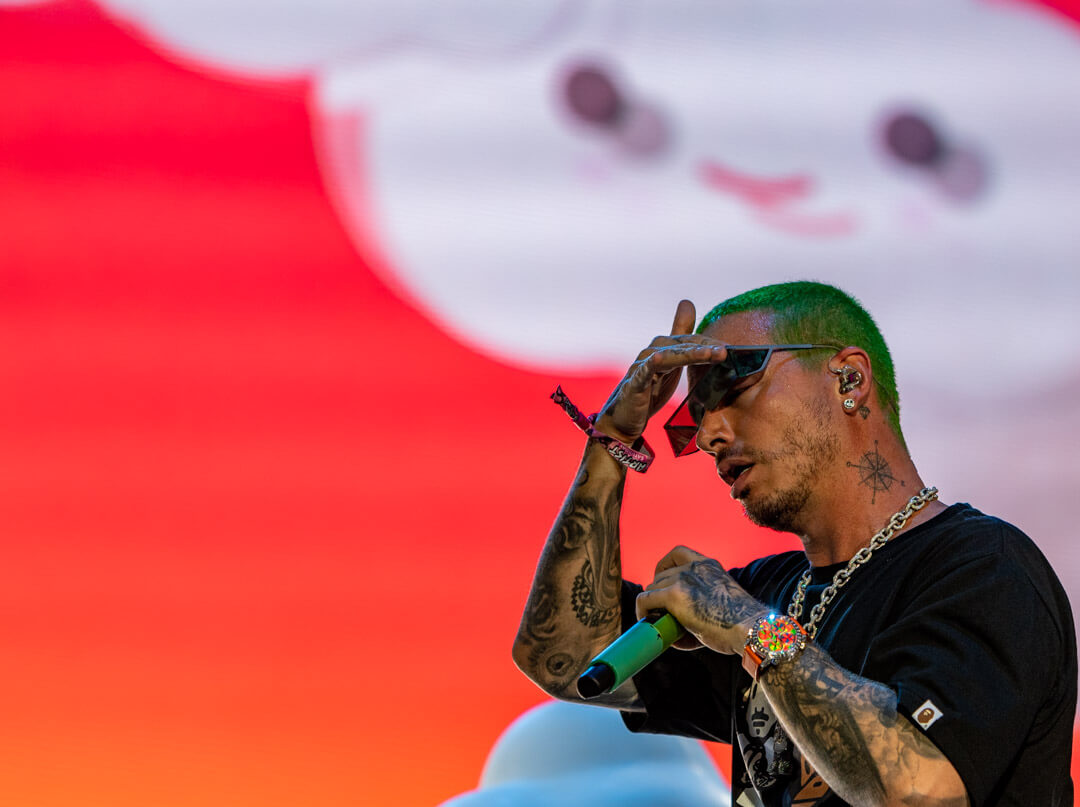 “It took us 28 years to be on this stage,” said J Balvin early into his Saturday night headling set. The Colombian reggaeton star, one of only two Latin artists on the festival bill, thanked the crowd profusely for helping him to become the Latino to headline one of the festival’s main stages.

He took the opportunity to pay homage to the music that inspired him by bringing out Puerto Rican reggaeton duo Wisin and Yandel to perform their 2005 hit “Rakata” and following that up with a cover of Daddy Yankee’s “Gasolina.”

Afterward, he performed his most famous collaborations – Cardi B’s 2018 smash “I Like It” and remix of Ozuna’s recent hit “Baila, Baila, Baila.”