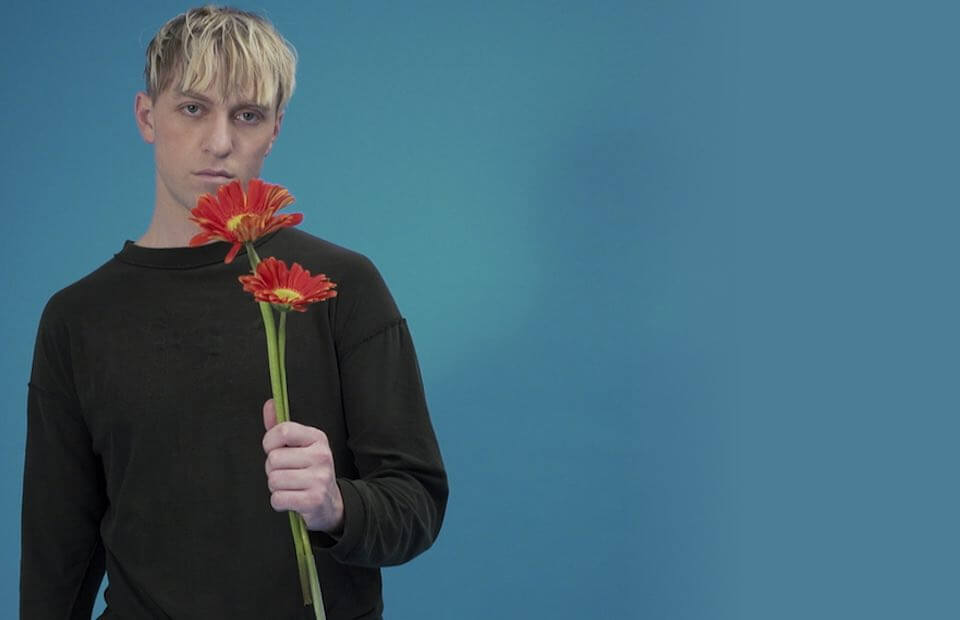 It’s been ten years since the release of your first EP. How do you look back on that time and how do you think you’ve changed as an artist since then?

I think the biggest change is that over the years, I’ve learned to take better care of myself as a human, and that has really informed who I am as an artist. I used to romanticize my pain, rather than deal with it, and while that made for some nice songwriting, it ultimately became too harmful to me. I still deal with pain and sadness on a daily basis, but I know better how to deal with it, and that has cleared up my head space and my heart space and I am able to listen to myself and make art that reflects that — rather than just fumbling around and letting the wind take me.

I also think my level of openness has increased not just in my personal life, but in my work as an artist. I’ve spent the last ten years working elbows-out for the most part. I think I was afraid to let down my guard and collaborate for fear that my sound would be altered too much and that the music would lose all sense of identity. My sound is one that is delicate, and I was worried about disrupting that, but I’ve learned that we operate out of two things — fear and love. I realized that guarding my sound was less about loving my sound and more about fear of change, and since I’m riding a big self-help wave, I decided to operate out of love this time around. I brought in people I trust to help me write, record, mix and engineer the album, and it breathed new life into every aspect of the sound — and I still think we maintained the heart of The Drums. Collaborating relieved me of some of the workloads and so it created space and time for me to focus on messaging — so my lyrics are more on point with what I was feeling because I had the space to be in touch with my heart. It’s funny — sometimes the things you fear most in life are the things that become the greatest gift. I think the key is remaining open and curious and sometimes that takes courage because being open involves risk, but any other path seemed to be winding towards an artistic graveyard.

You’re an artist who performs with a band and records under a band name, but it’s primarily a solo project. What do you find that’s different between that and the music you have released under your own name?

Well, I used to feel a real pressure to make work that my fellow bandmates would approve of. There was this artistic position we took as a four-piece — one that was whimsical, imaginative, naive and even innocent, and I felt pressure to write within those confines. It’s a perfect time for the band to be just me because I am in a place in my life where I am spending a lot of time listening to myself.  I am able to do really whatever I want now, and that means writing stronger pop songs with more lyrical vulnerability. I can be bolder and reflect my personal reality in the work. Rather than speaking for four people, I just speak for me. What I found is that when I am more transparent about who I am, the music connects more to the listener. It’s a win-win.

Jacob left before the release of the last album and you’ve always had a rotating crew of musicians around you. Do you ever find that lack of consistency unsettling in any way?

I guess it’s a little scary when things shift like that, but I really try to live my life with curiosity for what’s new and openness for change. I think any other way of making work is a death sentence. Just like being a gay son to two Christian pastors in a small town forced me to get creative and ultimately escape and then thrive, I think band members leaving has forced me to change how I make my work. I’ve had to get extra creative and become more open, and the work evolves in turn.  I think that’s a big part of the staying power of this band. Change is vital for The Drums.

Let’s talk about the new album. First, what does Brutalism refer to?

When I started writing Brutalism, I had fallen in love with a Belgian. I am someone who follows his heart, and sometimes that works out and other times it really, really doesn’t. I was living in New York, and I upended my life to go live in Brussels with him. We got a place together and immediately he started making me feel terrible. He would do and say things that were so vicious, and when I told my friends about it, they were often left speechless. While living there, when I felt attacked by him, I would often go for long walks through Brussels and I found myself surrounded by Brutalist architecture. I’ve long admired Brutalist architecture — for both its aesthetic and its absurdity. These buildings are often giant, heavy, and impractical with small windows so that only a small amount of light is let in. I realized that those were all ways to describe my relationship with the Belgian, and so I named the album Brutalism. Our love was heavy and hard and impractical.

The genesis of the last album seemed to come from the breakdown of a few relationships in your life. Would you say that carried over to this record?

Yes, I’ll always sing about relationships, because human connection or the lack thereof is the source of my joy and pain. I’m not sure what else there is to write about and still feel genuine.

Do you still find the process of recording pleasurable?

I don’t think I’ve ever found recording pleasurable, but I do find it more bearable when I don’t try to go it alone. I’ve tried something new on Brutalism. I brought in players to help me not just play, but also write some of the music on the album. It took a lot of pressure off me and I was able to focus on what I wanted to focus on rather than doing everything myself and feeling stressed out. It was the most pleasurable recording experience I’ve had, but I still find studio life a little stale and arduous.

Anyone who’s seen your live show knows you’re a terrific dancer. How did you develop your style of dancing?

Oh, I took ballet when I was a kid for a few years, and I’ve been dancing ever since. It comes naturally. I just let the music take over.