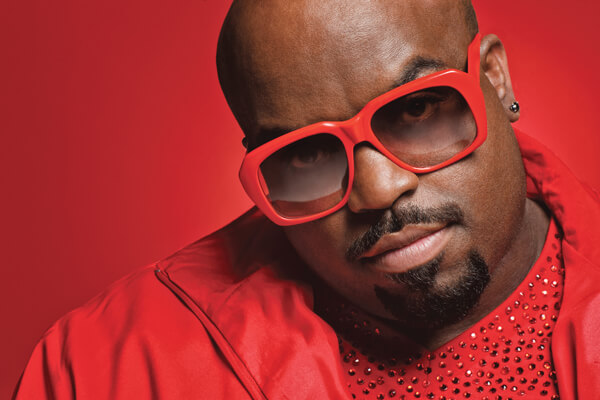 It took CeeLo Green almost a decade to achieve global praise as a solo artist, and only a few tweets, a few years later, for his fans to say “f**k you, too!”

Now the floundering hip-hop and soul super star, most famous for his 2010 smash hit “F**k You!” and his work on NBC’s “The Voice,” is attempting to repair his celebrity aboard “The Love Train Tour Pt. 2,” a series of intimate shows that include a Waiting Room stop this Thursday.

“We’ll get the opportunity to be and make ourselves completely available and accessible and tangible for people,” Green, 42, said on the phone from the Paradise Rock Club in Boston. “And I want those people to have the most instantly gratifying experience that they can have as opposed to a festival where it’s large and impersonal.”

Along for the ride is Nikki’s Wives, an indie-pop harem from Toronto that gives the bill exactly the dose of Xanax it needs.

“Nikki has a wonderful voice and I think they have a collection of compelling songs that make them stand out amongst new acts,” Green said. “I just think that they’re a nice fit for what we’re doing.”

The Grammy Award winner’s tour is in support of his latest release Heart Blanche, a genre-bending carte blanche that was declared DOA by the music intelligentsia in late 2015. Among the album’s problems is its polished, Mickey-Mouse-Club camp that seems to pander to all listening audiences and appeal to few. For all that, Green is still very much the vocal talent he was in Goodie Mob and Gnarls Barkley, if not better.

“We would love as artists for our music to appear or even actually be as genuine or innocent as possible,” he said. “So what does that mean? You have to kind of let things be: Don’t try to overthink, don’t try to overdo, just be.”

Anchored by the puzzling first single, “Robin Williams,” a eulogy to a collection of dead comedians and Philip Seymour Hoffman, Green’s cautionary tale comes across as a pity party for his recent troubles, including pleading no contest to furnishing the drug Ecstasy to the woman who accused him of rape in 2012.

The real controversy came, however, in 2014 after prosecutors found no evidence of rape and deemed the sexual encounter between Green and his accuser to be consensual. In a series of tweets, Green wrote, “People who have really been raped REMEMBER!!!” and “If someone is passed out they’re not even WITH you consciously! so WITH Implies consent.” Green later deleted his tweets and posted what was criticized as a non-apology apology.

The Lady Killer artist has always been better at communicating his feelings through song anyway. When questioned how he processes pain and controversy, Green said he’s “been salvaged because of music.” He’ll be here later this week to spread his good news.

“I don’t feel like my musical talent or purpose is to just merely or solely entertain,” he said. “I do believe that I’m meant to convey a message, and I’m meant to help heal [pain], help address [pain], help identify [pain] — I think that’s what I’m supposed to do.”