Home » Music » The Lighter Side of Conor Oberst 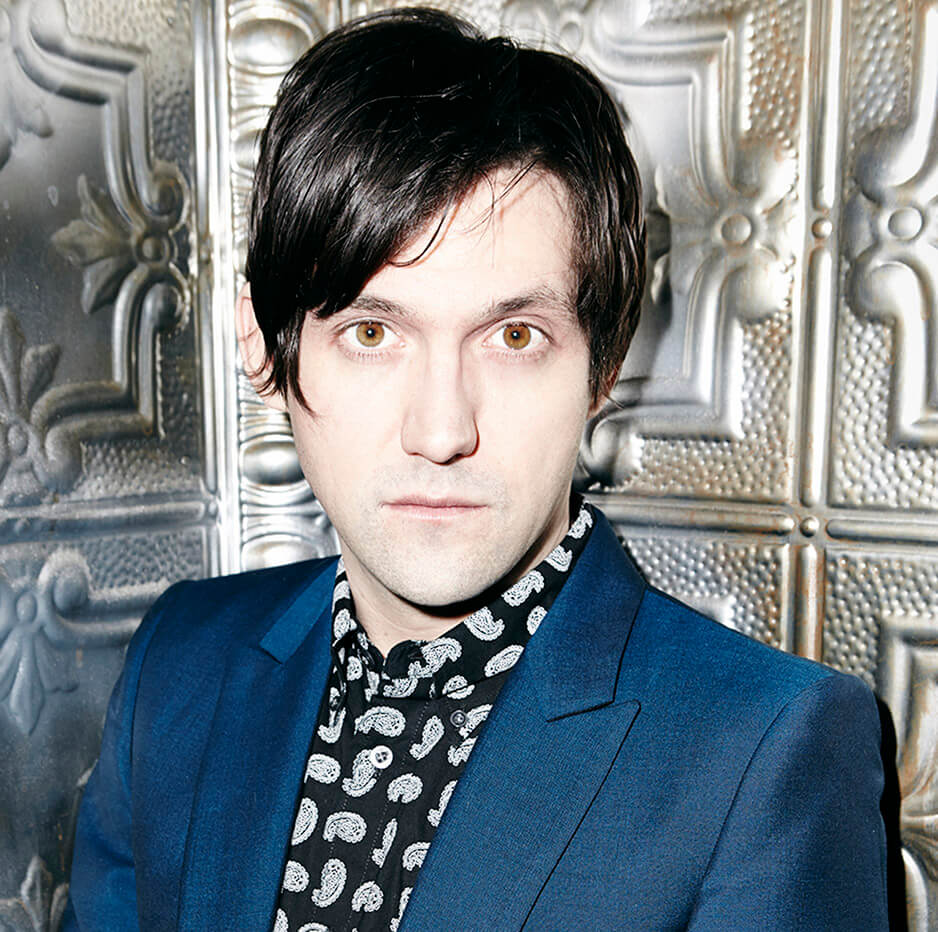 Conor Oberst is on his own again, but not entirely on his own.

Oberst has set aside his collaborative projects with Bright Eyes, Monsters of Folk, the Mystic Valley Band and the incendiary Desaparecidos to make time for a new solo album, Upside Down Mountain, released on major label Nonesuch Records, whose roster includes such heavy hitters as Joni Mitchell, Bjork, Randy Newman and The Black Keys.

Going with a major was a radical shift for someone who spent most of his career releasing music on independent record labels, most notably Saddle Creek Records, a label he helped create and make successful.

But that’s not the biggest shift in Oberst’s life. It was mentioned almost off-handedly in a February 2014 Rolling Stone article that Obest has been married for years, a fact he’d managed to keep out of the press. And in recent articles, Oberst admitted his “embarrassment” with older Bright Eyes material and voiced disillusionment over the current state of liberal politics.

But the biggest changes in Oberst, now 34, can be heard on his new solo record. Upside Down Mountain is downright uplifting compared to some of his earlier, more dour personal works that have defined him by some as a confessional songwriter.

New songs like “Hundreds of Ways,” with its island rhythms and sunshine horns, bounces like a Disney soundtrack (You can almost see the dancing penguins), that is until you get to lines like “It took centuries to build these twisted cities / It took seconds to reduce them to dust.” But unlike past downers that might have wallowed in despair, Oberst sounds resolute in accepting the things he cannot change, concluding “In my sunglasses / Don’t mind the blinding light / Yeah it’s getting dark bro / But I’ve always loved the night.”

For the first time since the release of 2007 Bright Eyes album Cassadaga, Oberst agreed to an interview with The Reader, this time via an e-mail Q&A, where he talks about his life, his wife, his politics, his Omaha roots and the making of his new album.

The Reader: Where are you spending most of your time these days? Do you still live in Omaha?

Conor Oberst: (I’m) still splitting my time between Omaha and New York. I have the house and studio in Omaha and still spend a lot of time there.

At this point in your career do you feel an allegiance or obligation to Omaha or Nebraska?

Sure. I would say I have an allegiance to Omaha. I have a lot of the love for the place. I have so many great friends and a huge extended family there. Lots of cousins and aunts and uncles.  My immediate family now all live on the East Coast, but I choose to keep a place in Omaha because I like it and find it a good place to work on music. I have a neighbor named Mike Mogis who I’m especially fond of.

Upside Down Mountain is the most thoroughly produced record of your catalog, and by that I mean it sounds like it was written and recorded to attract the largest audience of listeners possible. Was there a conscious effort to create a more pop-oriented record this time around?

That’s interesting you think that. Myself and Jonathan Wilson (my pal who produced it with me) worked hard to get it to sound as good as possible. We didn’t cut any corners when it came to studio time and so I hope it sounds good. I don’t really think about the audience or what people are going to think when I’m making a record. That seems like a dangerous way to approach things. I just do what I am interested in at the time and hope for the best as far as the reception goes. It’s nice when people like the records and buy them, but I’ve realized that’s out of my control so I try and just keep doing stuff I’m into. Some people will be onboard and others won’t.  That’s just how it goes.

I have always admired Nonesuch as a label. They are so eclectic and have a vast and amazing history. They’ve been a label for 50 years!  And, although they are part of the Warner Brothers system and can utilize those resources, they are very autonomous. I’ve been very impressed so far with how they set up the record and all their staff and everyone. It’s just a super professional and classy operation. I don’t want to say anything bad about Saddle Creek. They are great at what they do. It’s just a different thing and I was ready for a new experience as far as labels go.

What’s the status of your relationship with Saddle Creek Records? Will you ever put out another record on the label you helped create?

I’m still friends with all those guys. (Label chief) Robb (Nansel)’s hard work is a huge reason for all the success I have had through the years and I’m grateful to him for that. They still have a huge part of my back catalogue, so we continue to work together. As far as future goes, it’s hard to say, but I certainly wouldn’t rule it out.

Upside Down Mountain feels more peaceful and relaxed than your previous records. How much were the themes and tone of the new album influenced by your relationship with your wife? Who is your wife and when did you get married?

I got married in New York in December of 2010 and I would say she is a big influence on my life and so, in turn, on my work. Her name is Corina. We met in Mexico City where she is from and she is the best!

The fact that you’ve been married for a few years came as a surprise to some people. Why did you keep the marriage a secret from your fans or the media for so long?

We wanted for it to be something for just us and our friends and families. Especially around the time of the wedding I didn’t want pictures leaking online or news reports so there was no press release or anything like that. But it was a great party. The Felice Brothers played and Jim James and M. Ward and Britt (Daniel) from Spoon. It was very fun. At the end of the day we just value our privacy and honestly, I don’t feel that I owe the media or fans anything other than good concerts and good records.

Back in 2010 when you held the Concert for Equality you became a very visible, very vocal proponent for immigration reform while speaking out against proposed anti-immigrant laws in Fremont and Arizona. Was there a personal reason you became so actively involved in that cause?

My wife for sure. She is Mexican and the way Mexicans and lots of immigrant groups are treated is awful in this country. The idea of laws that institutionalize racism is unacceptable. There’s also a good friend of my mom who was deported to Mexico and separated from her three daughters in Omaha. It was heartbreaking. My mom spent a lot of time with them when their mom was gone and I saw firsthand how painful that was.

Yes I am disillusioned with the whole process. We need about 10 active political parties in this country, not two nearly identical ones. It’s all about the money and serving corporate interests.  Obama has done some good things. He has been a decent advocate for women’s rights and gay rights and I admire his efforts to get people health insurance and raise the minimum wage. But his foreign policy has doubled down on Bush’s approach. Domestic spying, drone strikes, kill lists, indefinite detention….the list goes on and on. And he certainly hasn’t reigned in Wall Street or done anything to the real criminals in the finance sector.

I’d say anything before Wide Awake/Digital Ash is hard for me to listen to because of my vocal performances on the recordings. I was still learning to sing and control my voice. Some of the songs stand up better than the recordings. I still play a lot of old songs. I’ve written hundreds of songs so I think it’s okay if I don’t like some of them. Tastes change over time and so it seems pretty natural to not like some things I made a long time ago.

Have you permanently backed away from the Bright Eyes moniker?

No. I will always make music with Mike (Mogis) and Nate (Walcott) in one way or another. They’re two of my best friends and the best musicians I know. I’m not sure what the future will bring. We might make more Bright Eyes records. Anything is possible.

What’s happening with Desaparecidos? I heard a new LP has been recorded and is coming out on Epitaph. With the demands of supporting your new solo album and tour, is that project now on hold?

We’ve been working towards a new full length. We hope to put it out next year at some point. It has been a blast playing with them again. I have to promote my new record and that takes time, but we are going to continue working on the Desa stuff as well.

The friendships. I miss it. I miss how easy things were. How close me and all the people in Cursive, The Faint, Azure Ray, etc., were. It was a great back in the day. I think Omaha today has more places for bands to play and that’s great. Seems like there are tons of bands and shows, which is awesome. I don’t keep up as well as I should, but there are some great newer bands. Noah’s Ark Was a Spaceship and Millions of Boys come to mind.

Don’t take stuff so seriously. Don’t worry so much. The sun will come out tomorrow.