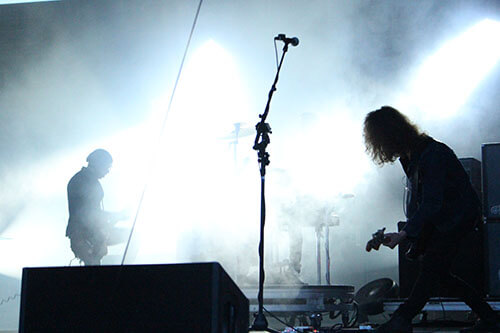 Sumtur Amphitheater welcomed Third Eye Blind of the ’90s and Dashboard Confessional of the ’00s Tuesday night despite bouts of rain and mosquitos. 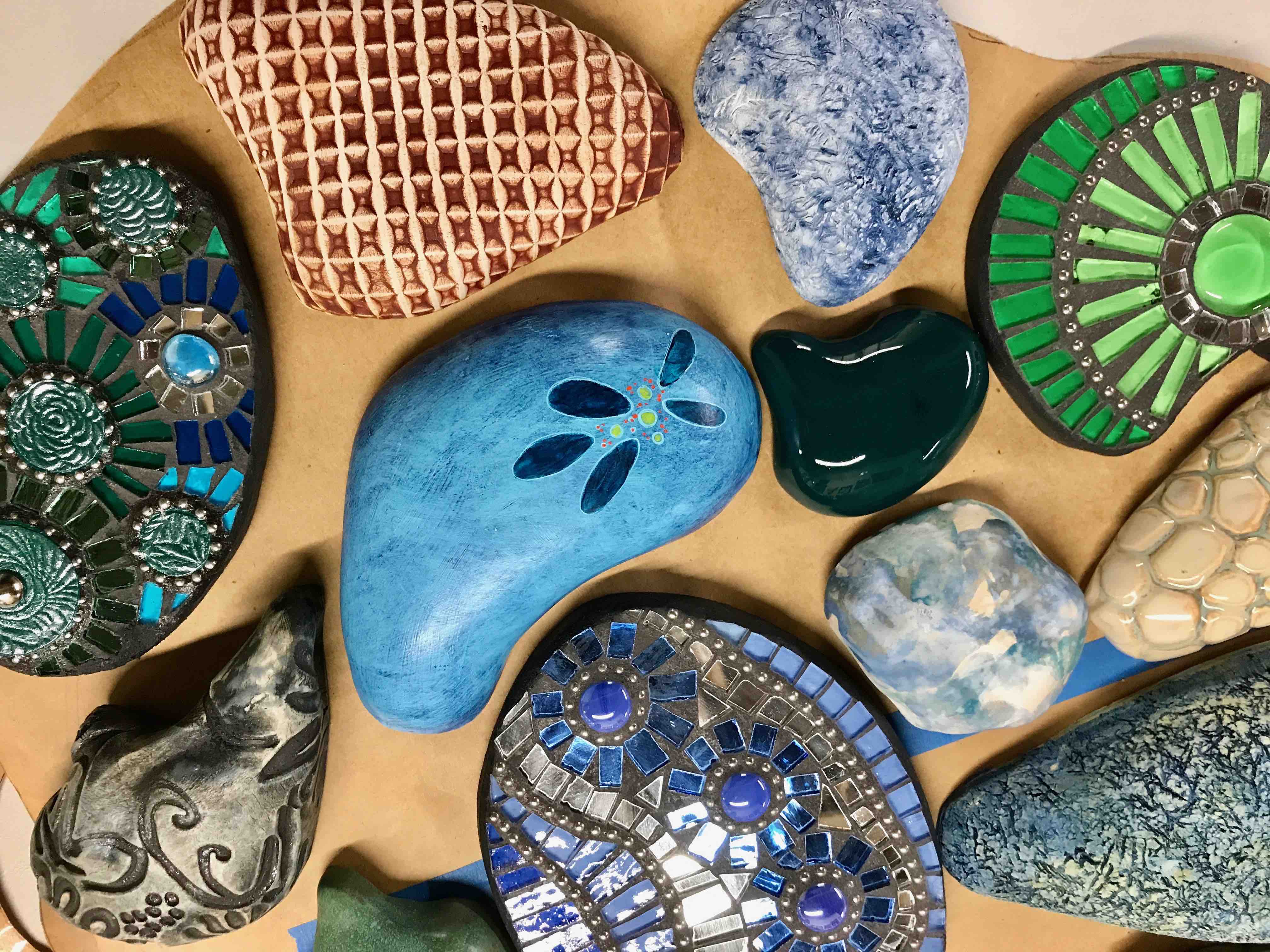 Opener Augustana played to a polite but not-exactly-thrilled crowd, due mostly to the fact that nobody knew they were going to be there: they weren’t advertised for the tour and I was suprised to see them on the poster when I arrived. However, the crowd responded with an “oh, I know this song” enthusiastic vibe when the band brought out their 2005 hit “Boston.”

The crowd warmed up much more for Dashboard Confessional, who opened with “Screaming Infidelities” to a crowd that clearly had been waiting for this moment for years. Singer Chris Carrabba, who we interviewed here, joked about the arrangement of Sumtur (with a row of no-dancing-allowed chairs separating the open lawn from the stage): “it’s nice to see the distance between us. Don’t be deceived, it’s not awkward at all.”

The band played some of their most well-known older hits, including “The Swiss Army Romance,” “Get Me Right,” and “The Sharp Hint of New Tears.” Sumtur was possibly not the best venue for Dashboard, who would do better with the small intimacies of somewhere like The Waiting Room, but Carrabba was energetic and happy despite a sore throat that cancelled his post-show meet and greet.

“It seems to me that all you fuckers like to sing out loud,” Carrabba said as he coaxed the crowd into a roaring sing-along of their hit “Don’t Wait.” The band continued on enthusiastically with “The Best Deceptions,” “Stolen,” and “Vindicated.” They finished with “Hands Down.” Carrabba did a lot of letting the crowd sing the words for him (possibly because of his noticeably stressed voice), which depending on your location in the crowd was either very infectious and neat to hear (front) or like an instrumental version of the song without any vocals at all (mid to back).

Third Eye Blind was much more suited for an amphitheater show. Singer Stephan Jenkins hid in the mist and smoke in the back for the first two songs, smacking a tambourine, before surfacing to roars from the crowd. He spoke about their off day in Omaha, which they spent at Howard St. and Mr. Toad’s. A running joke between both bands was that Jenkins in fact had plenty of family in the area: “Most of the people in the state of Nebraska are related to me. I’ve got 20 cousins at this show tonight.”

An interesting contribution to the show was Jenkins’ leather skirt, which he wore over basketball shorts and took off at one point (to predictable cheers) just to put back on later. In addition to great energy from the band, I have to give a quick thumbs up to whomever was in charge of the light show, which was as good as you’d hope from veterans like Third Eye Blind and impeccably timed. The band played a mix of old favorites and songs from their new album, Dopamine, which the crowd seemed very familiar with considering it only came out earlier in June. At one point, Jenkins encouraged the crowd to get friendly, calling for cheers for being friends (“doesn’t that feel good?”) before launching into “Never Let You Go,” a song which is, you guessed it, about friends. Among the other songs included in their set were their single from Dopamine, “Everything is Easy” and a cover of Beyonce’s “Mine” that Huffington Post has gone on record as saying is 3EB’s “best song of all time.”

A steady, annoying rain began to fall just as the band played the title track for their new album before launching into a heavy sing-along “Motorcycle Drive By.” They also discussed their concert setlist plans: “We make it up as we go so if you have anything you want to hear, request it.”  One such request was their song from Dopamine, “Back to Zero.” They also let the crowd vote between “How It’s Gonna Be” or “Deep Inside of You” and funny enough, “How It’s Gonna Be” was the way it was gonna be.

Drummer Brad Hargreaves got some alone time on stage for an epic drum solo that lasted several minutes and seemed to play homage to Led Zeppelin’s John Bohmam’s famous “Moby Dick” drum solo. When the band rejoined Hargreaves, Jenkins’ leather skirt was back just in time for the band to play”Rites of Passage” which Jenkins called a “filthy filthy naughty song.” Later, they segued into “Jumper” which made me erupt into goosebumps more than once, especially when the entire crowd roared “you can put the past away.” (Those who didn’t know it from when it first came out probably knew it from Jim Carrey’s Yes Man.)

“Peace be with you,” Stephen said as they stepped off to wait for the crowd to, predictably, call for an encore. The audience would see no peace until their encore was granted with “Something In You” and 3EB’s biggest hit “Semi-Charmed Life.” As the crowd began to dissipate and the band signed off for the night, Jenkins closed with this note about their new album: “To be on this tour with Dashboard Confessional, to have this new album, to be enjoying this summer…It’s the most effusive feeling in the world. I want you guys to have this album however you can. Buy it if you want but if you can’t, just steal it. We couldn’t have made it without you anyway.”