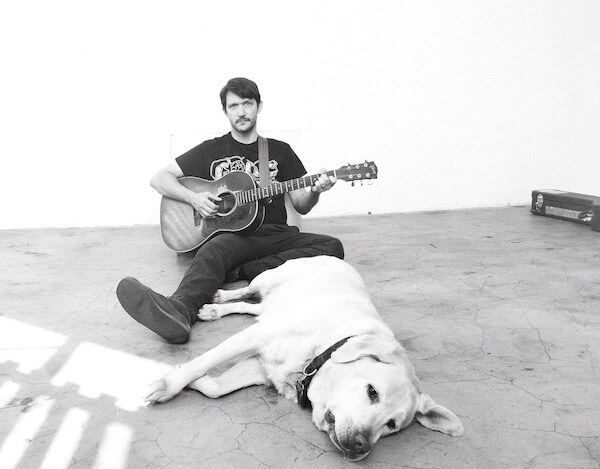 First, let’s talk about the new record, because Tim Kasher and I didn’t talk much about it during our interview.

No Resolution is the third album Kasher has released as a solo artist. Kasher, as most of you may know, is the frontman behind the seminal Saddle Creek Records bands Cursive and The Good Life. Both acts are central to Kasher’s legacy as one of the most successful, prolific singer/songwriters to come out of Omaha.

His writing style has always lent itself to concept albums. Cursive’s best records — 2000’s Domestica and 2003’s The Ugly Organ, along with The Good Life’s 2004 release Album of the Year, are collections of songs based around a theme that usual involves a relationship on the brink of falling apart.

No Resolution continues in that tradition. The album chronicles the life of a couple on the verge of either making a lifelong commitment or (more likely) spinning out of control. It’s that tension — and the revelations that come with recognizing that tension — that drives the album forward, much like past Kasher records.

Musically, Kasher hasn’t sounded this tuneful, this hook-laden since The Good Life’s 2007 release Help Wanted Nights. Songs like the yearning “Break Me Open,” “Holding Out” and album closer “Not Over You” are designed to coax listeners to sing along (and upon the second listening, you will).

Put it all together and No Resolution is my favorite Kasher-connected album since Cursive’s 2009 album, Mama, I’m Swollen. (And for those of you lost in this sea of album titles, get thee to a record store (or Spotify) and start listening to Cursive, The Good Life and Tim Kasher solo material. You’ll thank me later).

I left out one important fact about No Resolution — the music is used in the soundtrack to a movie of the same name, written and directed by Kasher. We’ll get to that, and why you’re gonna have to wait to see it, in a sec.

What we did talk a ton about was the launch of a new record label owned and operated by Kasher and his Cursive bandmates Matt Maginn and Ted Stevens. The announcement of 15 Passenger Records this past January said the label, distributed by INgrooves, not only would release No Resolution, but also will reissue Cursive’s entire back catalog.

Kasher said the idea arose when Cursive was figuring out what to do with their back catalog’s masters, which they acquired from Saddle Creek Records, the label that first released the albums. He said the band regained control of the recordings’ rights after Saddle Creek’s seven-year license expired (which is why 2012’s I Am Gemini is not part of the deal — it’s still under license to Saddle Creek). Why not just renew the license with their old label and let them continue to put out the titles?

“We’re in a unique situation because we’ve been doing this a long time,” Kasher said between rehearsals for his upcoming solo tour, which hits The Waiting Room stage May 12. “(Cursive) is an independently run business. Matt’s worked at record labels for years, so for him, it’s a real no-brainer.”

Yeah, but what about the built-in credibility, distribution and team of pros that comes with Saddle Creek? “If it was a new band trying to cut their teeth, they should definitely look for a label for all those reasons,” Kasher said.

But it’s not as if 15 Passenger is standing out in the cut-throat music-industry wilderness all by its lonesome. Their partner, INgroves, offers a full suite of distribution, marketing and technology services to help independent labels and content owners manage their music with delivery to more than 600 destinations in more than 200 territories worldwide. INgrooves releases include the latest from Jimmy Buffett, Joe Bonamassa, Hope Sandoval, Esme Patterson, Violet Sands and more.

“(INgrooves) is one of the main machines behind the industry,” Kasher said. “They have an entire team, so we have a myriad of people helping out. There’s a lot of cogs other than just us.”

No Resolution is “kind of the guinea pig” for future 15 Passenger releases beyond the Cursive back catalog, but the label isn’t looking for additional acts. In fact, Kasher couldn’t say whether The Good Life’s back catalog (released on Saddle Creek) or future recordings would be part of the 15 Passenger mix.

Kasher said discussions with Saddle Creek over Cursive’s masters were amicable. “There was zero jockeying or legal squabbles as we tend to hear happen in stories with major labels,” he said. In fact, 15 Passenger won’t begin reissuing Cursive albums right away.

“That’s part of the friendly agreement (with Saddle Creek),” Kasher said. “It was like, ‘Well, you should sell through your inventory.’ Then we’re eventually, gradually, taking it over and doing represses ourselves.”

Kasher said at this point Maginn and Stevens are doing most of the heavy lifting at 15 Passenger. “I can’t pitch in as much because I’m actually running this other business, which is being the first artist on the label,” he said.

Kasher, and a band that includes Dylan Ryan, drums; Patrick Newberry, keys/trumpet; Jeff Dulce, violin and bass, and Megan Siebe, cello, hit the road April 26 for a tour that runs through mid-June. Some time after that — Kasher’s not sure when — he intends to go on a different sort of tour. “I’m working out a way to do some sort of a tour where I take the No Resolution movie out myself and show it around the country, and play a short set afterward,” he said.

That would mean I would have to wait indefinitely to finally see his movie, I whined.

“I’m also going to put it out on places you expect, like iTunes and Amazon,” he said, “but it’s all kind of just me doing it, you know? I’m kind of making up the rules as I go.” And, he’d prefer that people see his movie in a group setting rather than a living room. “I’m still old school in the sense that I really love the idea of a captive audience at a theater or gallery. It really can affect and shape how you experience the movie.”

Film making has become Kasher’s second passion. He said he already has written two or three scripts since No Resolution and is wrapping up the latest, which he plans shooting next. “I’m going to spend some time passing it around and seeing if there’s any interest,” he said.

And what about the next Cursive record? “We’re working on stuff,” Kasher said. “I guess there’s nothing official that we can really say yet other than we’ve been messing around and trying to see what comes of it.”

Producing music under three different monikers, writing and producing films, and running a record label (and let’s not forget O’Leaver’s, a bar he owns with Stevens, Maginn and others) is how Kasher has managed to make a living in a music world that’s been in financial decline since the advent of the internet.

“I like to write so much, and I just have a lot of output,” Kasher explained. “Whereas most musicians have other jobs they do when they’re not on tour, I just picked up other bands as my job. That’s how I’ve uniquely managed to stay afloat.”

Tim Kasher plays with Allison Weiss and Campdogzz Friday, May 12, at The Waiting Room, 6212 Maple St. Tickets are $12. Showtime is 9 p.m. For more information, go to onepercentproductions.com