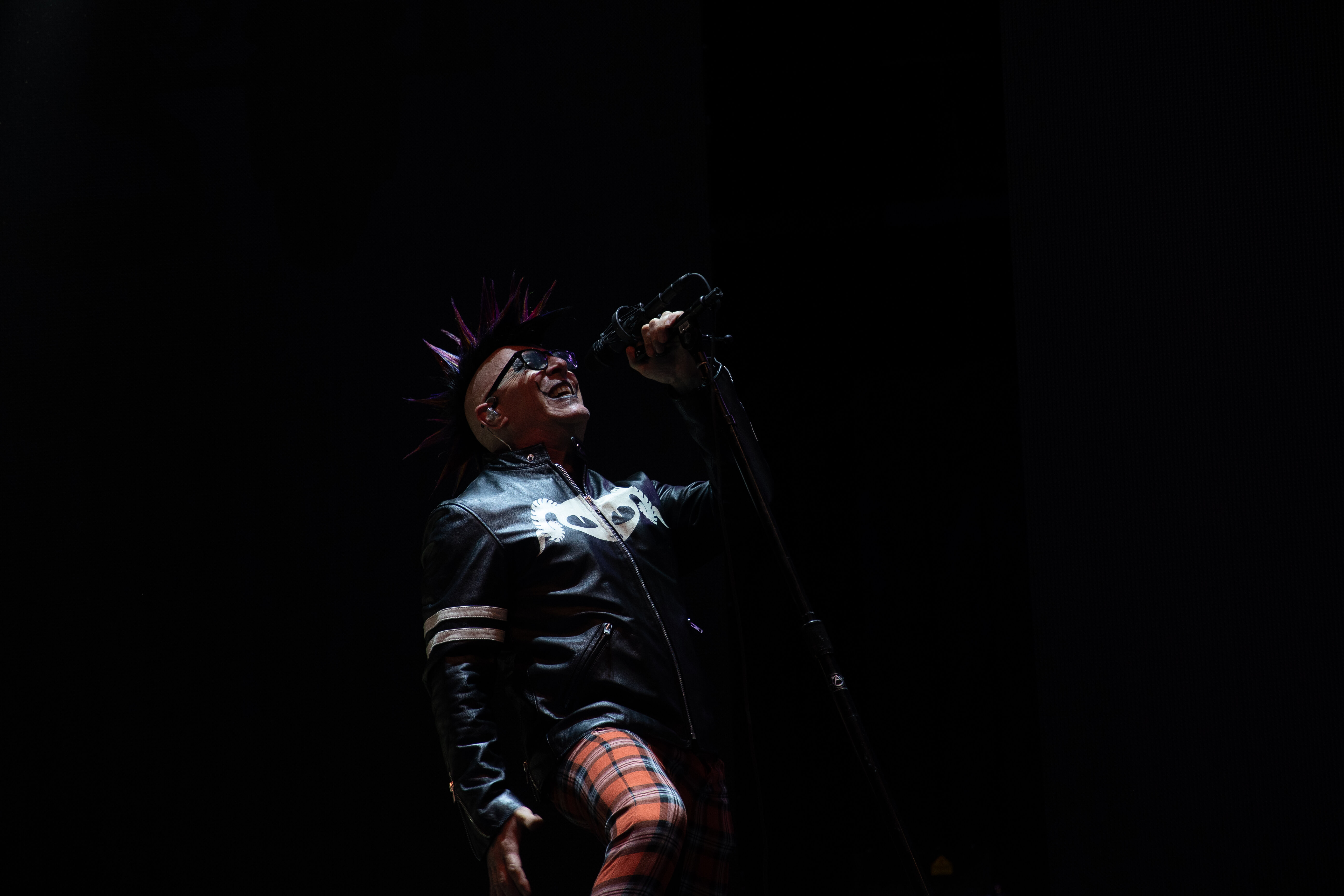 Seeing a packed Pinnacle Bank Arena on Thursday night for Tool was a surreal experience. In a world with a shriveling attention span and a popular taste that’s moving further away from guitar-based music, it’s hard to process almost 12,000 people showing up for metal concert for a band that’s not Metallica – let alone a prog-metal group that stretches its songs out past 10 minutes.

Even more amazing is the fact that Tool has essentially been touring behind the same four albums since 2006. Think about that, 13 years without freshening up the setlist. But that’s exactly the reason why Thursday’s show had such a celebratory feeling about it.

For the first time since the mid-2000s, the California four-piece has a new album on the way. The yet-to-be-titled record will be released, according to frontman Maynard James Keenan, on August 30 and fans were excited to get a taste of some of the new material.

Tool took the stage almost exactly at nine. Drummer Dany Carey, bassist Justin Chancellor, and guitarist Adam Jones all received huge ovations as they made their way to their respective posts. The largest round of applause was saved for Keenan who arrived onstage dressed in a black-and-white leather jacket and plaid pants with a technicolored mohawk taped onto with head and a thick layer of black lipstick painted on Joker-style.

The band started the show with “Ænima,” the title track from their sophomore album. Built around a peculiar 3:2 time signature, Keenan’s lyrics take aim takes aim at everything from Scientology, to rap, to the band’s home city of Los Angeles. They followed it up with 10,000 Days track “The Pot,” a jazz-inflected rocker that gave Chancellor an opportunity to shine on bass.

Despite his flamboyant appearance, Keenan had a relatively reserved stage presence. He sulked around the back of the stage often appearing as nothing more than a silhouette against the video board. The rest band weren’t much more excitable. For the most part, they stayed rooted to the same spots, focused on their instruments.

Midway through their set, the band unleashed “Descending.” Though the song has been floating around in instrumental form for a few years, this tour marks the first time that it has been performed with lyrics even though honestly, they weren’t necessary. It was Tool at their knotty, time-signature-shifting best and it was the perfect vessel for Jones to unleash a psychedelic,wah-pedal-heavy solo.

After ripping through “Schism,” the fans were treated to the second new song of the evening. Built around a simple, six-note bassline, “Invincible” acted as a showcase for the individual band members’ talents as they were all given the chance to jam.

For the uninitiated, Tool is the closest thing to a jam band in the world of mass-market metal. Though the show was close to 2 hours, the band only played 12 songs. Though not quite as free-wheeling as a Phish concert – and definitely not as light-hearted – the show had the same sprawling feel (and copious amounts of weed) to it.

“Forty Six & 2” was easily the highlight of the evening. The audience had a collective conniption with people headbanging, throwing up the devil horns, and nearly starting a mosh pit on the floor – even though it was assigned seating.

The band retired for a 12-minute intermission (they flashed a countdown on the video screen) before Carey returned. He started by fiddling around with an analog synth to create a beat that sounded like it could have been a B-side on Radiohead’s Amnesiac before launching into an incredible drum solo.

The rest of the band returned to play an extended version of their 1996 hit “Stinkfest.” Afterward, the band, minus Keenan, wandered around the stage to thank every section of the audience. They looked gassed but extremely grateful. The same could be said for everyone that got the chance to see them.