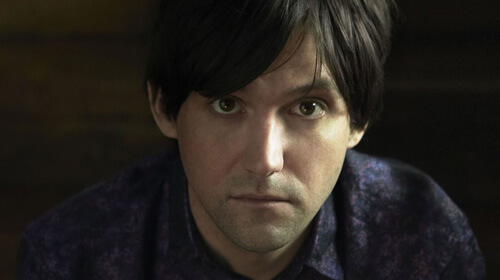 In arguably its biggest move since relocating to Nebraska’s mainland, the city of Grand Island will be hosting a free Conor Oberst concert Thursday, Aug. 18.

The outdoor performance, which promises to rouse the city’s recently emerging downtown, will feature the Bright Eyes and Desaparecidos singer-songwriter’s solo material and will kick off a piecemeal tour lasting through to early December.

“It validates what we’re trying to do as a viable stop,” Knife and Fork Productions co-founder Brent Lindner, 49, said in a recent telephone interview. “You know as well as I do, there are a lot of great, talented bands that drive right past Grand Island on the interstate.”

The show came to fruition last month after the Omaha-based nonprofit Hear Nebraska approached the local business owner and his business partner, Sharena Anson, with the idea. As the story goes, Oberst wanted to do a cheap or free concert in Nebraska — just not one in the Omaha area. Opening will be McCarthy Trenching.

“Without getting too excited, I was like, ‘I think I just wet myself,’” Lindner said. “And I just told them, ‘I’ll do it. You tell me what to do, and we’ll make sure this happens on our end — whatever it takes.'”

It was that same attitude that got Lindner and Anson involved with Hear Nebraska in the first place. The two began collaborating with the nonprofit last spring, he said, after the city had to pass on this summer’s Hear Grand Island concert series due to a budgetary commitment to rebranding. (Perhaps “Gateway to Six More Hours Until You Get to Denver” wasn’t doing much for Nebraska’s fourth largest city.)

“We meekly raised our hands and said we’d love to put it on ourselves because we thought it would be such a great addition to our downtown with this rebranding,” he said. “We thought it was a no-brainer because you have these top-notch bands rolling through every Friday night — there’s consistency to it.”

While the 10-week event, which comes to a close Aug. 26, has drawn on average almost 1,000 attendees every Friday night, Lindner is thinking bigger with the Omaha-born and bred indie rocker Oberst, who Rolling Stone named the Best Songwriter of 2008. The promoter said he anticipates Oberst fans flocking from as far as Oklahoma to experience his under-the-radar town.

“We want our people to come out, too,” he said of his immediate area. “It’s hard, because we’re butting up against some of the, ‘Who’s Conor Oberst?” people, so we’re trying to educate them.

Lindner was born in Milwaukee and relocated to Omaha as a child. He lived in Laguna Beach and Australia in his late teens and early 20s before finding a permanent home in Grand Island. The restaurateur has a stake in Grand Island-area businesses such as the Glass Bar, J Alfred Prufrock’s, the Wave Pizza Company and Sin City Grill.

When it comes to his city’s recent stroke of luck, Lindner can only laugh:

“He’s [Oberst] starting a national tour in Grand Island,” he said in near disbelief. “This is a major event, it’s not something to take lightly, we need to get out and show support.”