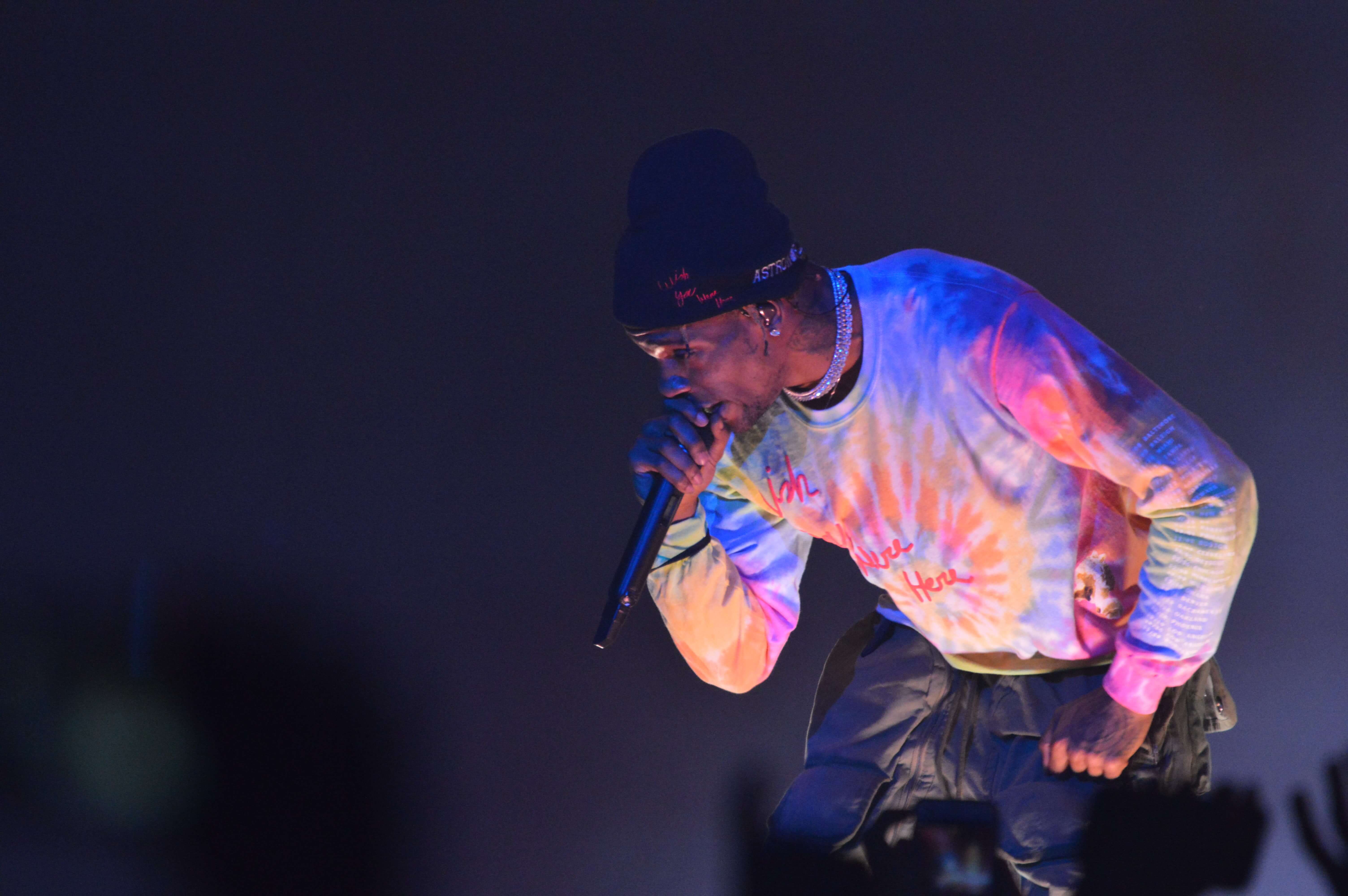 Travis Scott might be the biggest artist in the world right now. He has the number one song on the Billboard Hot 100 (“Sicko Mode”). Astroworld, his monumental sophomore record, sits comfortably at number seven on the Billboard 200 (one spot ahead of Drake’s Scorpion). Like Drake, he even has his own Jordan Brand sneaker (the Cactus Jack 4, just in case you were looking to snag yourself a pair). But the easiest way to tell that Scott is sitting on top of the (Astro)world was to be at Monday night’s show at the CHI Health Center.

Thousands of teens and college students piled into the arena – 12,000 in fact – for one of the biggest rap shows Omaha has ever seen.

Before Scott took to the stage, Harlem up-and-comer Sheck Wes, of “Mo Bamba” fame, and Atlanta trap star Gunna – both enjoying a great amount of success in their own right at the moment – warmed up the crowd with a bevy of bombastic bangers.

However, everyone was buzzing with excitement for Scott. When the Houston rapper finally appeared on the stage in the center of the arena, the noise was deafening. Lasers cut through the thick layers of smog covering as Scott started the set off with “Stargazing,” one of Astroworld‘s more popular cuts. After the instrumental “Lose,” he strapped himself into a small Super Loop and took a quick spin while performing the aptly-titled “Carousel.”

“Ain’t gonna lie, y’all starting out real nice tonight,” he said during his first burst of songs, and the crowd reciprocated the love.

After ripping into a rib-shaking version of “Mamacita,” Scott made the transition to the main stage where he kept the energy going with “Butterfly Effect.”

There were even more lights, flames, and crazier production set pieces.

What was supposed to be the relaxed section of the show was still over-the-top as a massive curtain descended from the rafters and was used to project everything from galaxies to eyes to sheep as Scott ran through a medley of “R.I.P. Screw,” “Houstonfornication,” and Stop Trying to Be God.”

Toward the end of the set, a small roller coaster dropped down from the ceiling and Scott and a lucky fan strapped themselves in for a ride while the rapper performed a pair of songs. While this was happening, a 25-foot inflatable astronaut ballooned from an opening on the main stage because, why not?

Set pieces aside, the craziest element of the show was the crowd’s energy which reached its peak when the rapper performed a ménage à trois of bangers that included “Antitode,” “Goosebumps,” and “Sicko Mode.”

Watching the crowd collectively rage to these songs – jumping, screaming the lyrics, and sweating as much as Kevin Garnett during warm-ups – was truly the wildest part of the evening thing. All of that energy combined with the ground shaking, the ear-splitting decibel level, and an abundance of neon could slap a smile on the face of even the most jaded onlooker. That didn’t happen though, because everyone there was already having the time of their life.