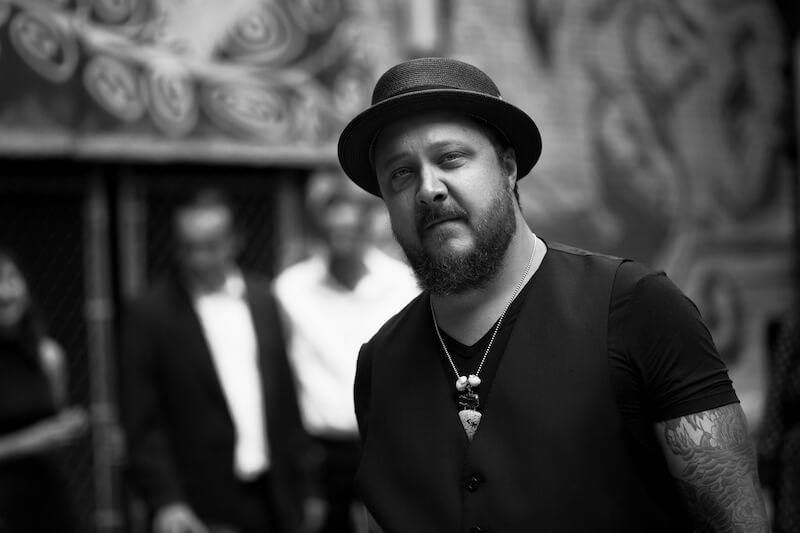 A couple of pop-up, surprise bookings have hit the schedule for Fremont’s The Corner Bar this weekend. The amazing Laura Rain & The Caesars play The Corner Bar Saturday, Aug. 15, 9 p.m. to midnight. The Detroit soul-blues band creates powerful music that is built around Rain’s remarkable voice.

Then Sunday, Aug. 16, Anni Piper is featured 4-7 p.m. Piper, whose PR bills her as “the saucy Aussie” is a popular Australian singer-songwriter, bassist, vocalist and entertainer. Now based in Florida, Piper’s band features a hot-shot guitarist Dave Kury. See facebook.com/AnniPiper.music

Minneapolis rockabilly band Ross Kleiner & The Thrill have two local shows. The band plays a special edition of Jitterbugs Night Out Friday, Aug. 14, 9 p.m. Jitterbugs Night Out is a weekly event produced by the Omaha Jitterbugs. Friday dances happen at the Fraternal Order of the Eagles ballroom at 24th & Douglas St. downtown. (Keep reading for more on Ross Kleiner.)

Now is also a great time to learn more about this year’s Cowtown Jamborama weekend event, an annual weekend of music and dance produced by the Omaha Jitterbugs. This year’s Jamborama is Sept. 11-14, and features live jazz bands from around the country. There are lindy hop and swing dance classes for all levels including beginners. The classes feature expert dance teachers from around the country. Rates range from a full weekend pass to individual classes or dances only. Check it out at jamborama.com.

The second Thursday of every month, the Omaha Jitterbugs take over House of Loom for a celebration of jazz and swing dancing culture with a speakeasy twist. Jitterbugs’ DJs spin classic swing music and the evening also features performances from Omaha Jitterbugs dancers. This month’s Sugar Foot Stomp is Thursday, Aug. 13, 8 p.m. to midnight at House of Loom. The event is 21 and over, admission is free. See facebook.com/omahajitterbugs and facebook.com/houseofloom.

Their last weekend show in the metro is Sunday, Aug. 16, 6-9 p.m. at The 21st Saloon. Omaha’s own rockabilly favorite Lash LaRue opens with his latest project, Lash LaRue & The Hired Guns.

Remember Kleiner and his band get the roots party started on Friday, Aug. 15, with a night of music at Jitterbugs Night Out at the Eagles Ballroom, 9 p.m. If you are a fan of old-school rockabilly as served up by bands like The Stray Cats and The Blasters, or Nick Curran and J.D. McPherson, Ross Kleiner & The Thrill’s music is in the classic, revved up style of these great bands with pomaded hair, a doghouse bass and a heartthrob leading man in Kleiner. See rosskleiner.com.

Other shows coming up at The 21st Saloon include the great soul-blues man Johnny Rawls firing up his award-winning soul-blues-R&B. Rawls is a veteran musician whose smooth vocals are steeped in his roots playing with ZZ Hill, Little Johnny Taylor, Joe Tex & the Sweet Inspirations and O.V. Wright. See johnnyrawlsblues.com. Rawls is a multiple Blues Music Award winner and nominee and also a multiple Living Blues magazine award winner. The Mississippi-born soul-blues specialist plugs in Thursday, Aug. 13, 6-9 p.m. at The 21st Saloon.

Next Thursday, Aug. 20, award-winning guitarist-singer-songwriter James Armstrong is scheduled. Armstrong was born in Los Angeles to a blues singer mother and a jazz guitarist father. His mother was a blues singer. His father played jazz guitar. Armstrong started his first band in the seventh grade and was on tour by age 17. See jarmblues.com.

Dean Dobmeier’s & Gary Grobeck’s Sunday Roadhouse concert series is brewing up a bunch of shows for late summer and fall. Next up is a change-up, Sunday Roadhouse on Saturday, Aug. 15, 7:30 p.m. at The Reverb Lounge featuring The Suitcase Junket, an extraordinarily creative one-man-roots-band. Dobmeier posted of this booking, “He’s constructed a rig from found objects, bones, cookpots and empty gas cans. His guitar is one he pulled from a dumpster in Amherst, MA! (As his website says, “Giving Life To Dead Things For Over 25 Years”.) And he wears some seriously cool shoes. Combined with strong songs and his throat-singing ability, The Suitcase Junket gives an unforgettable performance.” See thesuitcasejunket.com.

Here’s the latest news from Josh Hoyer who is out on the road all month with his great Lincoln band. They’ve undergone a name-change to Josh Hoyer & Soul Colossal On Aug. 10 the band announced: “Big news! As our momentum has grown in 2015 and we’ve become a national touring band with even bigger aspirations, we’ve faced some challenges as well as opportunities. One challenge was the realization that we needed to change our band name. The Shadowboxers name is used by several other touring and recording bands in the same markets [where] we are building a fan base, and while we and our fans loved the name, it was creating confusion among fans, press, and venues. We can’t have that! So we dug deep and came up with a new name that is unique, we can trademark and protect, and most importantly, captures our big Soul sound. Folks, we are excited to announce that effective immediately, Josh Hoyer and the Shadowboxers will move forward as Josh Hoyer & Soul Colossal. As Josh Hoyer & Soul Colossal, we will release a new live Vinyl LP recorded direct to disc in November, head to Nashville again in September to record our next full studio album, and continue to rule the road for the rest of 2015 and beyond.”

Josh Hoyer & Soul Colossal will release Cooked Raw on Silver Street Records Nov. 6. Hoyer observed on social media that the album was “recorded live, direct-to-disc at WELCOME TO 1979 in Nashville,” explaining “this was an intense but amazing experience that we are excited to share with everyone!…This isn’t your ordinary album, folks. Cooked Raw was recorded live in one take, direct to disc, at the world famous all analog studio Welcome to 1979 in Nashville, TN in June. Direct to disc means no overdubbing, no comping, no editing, no auto-tuning, no production tricks, no nothing. What we laid down live was cut to the lacquer master in real time and once the the lathe started cutting, there was no stopping until the side was done.” See a video of the process here.

You can check the disc out and pre-order yours at silverstreet.bigcartel.com/product/cooked-raw-lp-180-gram-vinyl.

In addition to their Corner Bar, Fremont, show Saturday night, Laura Rain & The Caesars are up at Byron’s in Pomeroy, Iowa, Sunday, Aug. 16, 5 p.m. Check out the Byron’s Facebook Group here.

Don’t forget you only have a couple more weeks to get your nominations in for this year’s Omaha Entertainment & Arts Awards. Nominations are largely decided by public vote along with input from local experts. Go to oea,awards.com before Aug. 31, or send your fans there. Votes are limited to one vote per person so bands and other performers need to mobilize your fan base.

Hoodoo favorite Johnny Boyd is back for a special show at Reverb Lounge Tuesday, Sept. 8, 8 p.m. Now based in Portland, Ore., Boyd’s sweet and heartfelt crooning is framed by a band of impeccable and swingin’ musicians. So if you love great music with jazz, rockabilly and swing influences, mark your calendar for this show. He was the voice and bandleader behind one of the best swing revival bands of the 1990s, Indigo Swing. Expect a mix of new and old material  See johnnyboyd.com and facebook.com/JohnnyBoyd. Boyd will be debuting new tunes from his forthcoming new album.