Home » Music » Under the Covers With Buzz 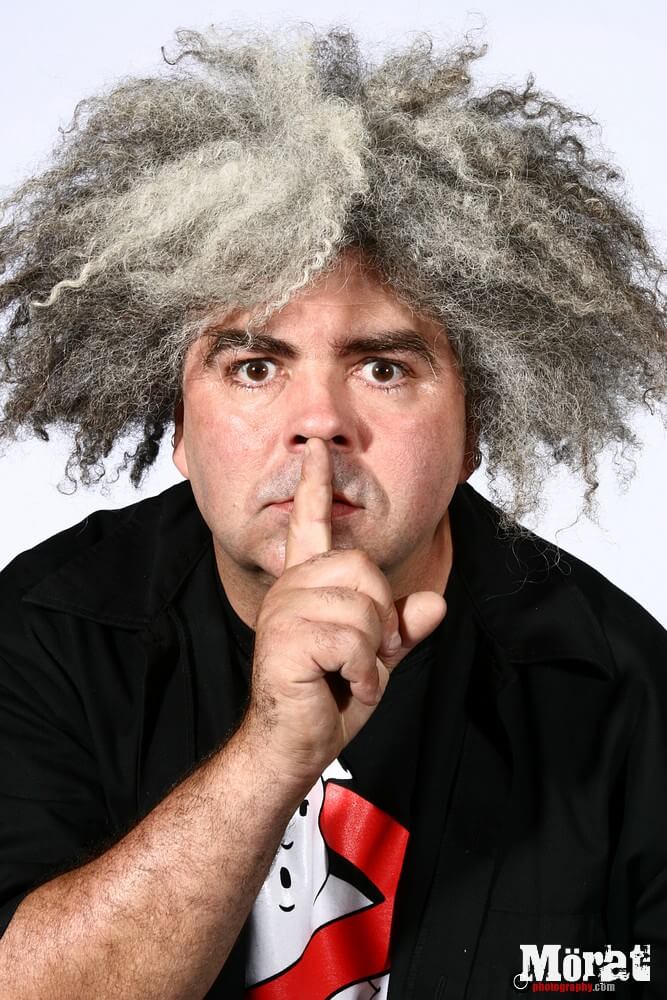 This year marks the thirtieth anniversary of the Melvins. Countless tours. Twenty-six albums. Piles of 7” records. A houseful of crazy merch like dolls, skateboards, comics, posters and even canned meat to their credit.

So, in true Melvins fashion, they’re celebrating. Not with a “greatest hits” tour, but with an album of covers. Everybody Loves Sausages is an eclectic collection of some of the band’s favorite songs by bands that have influenced them in one way or another. Some, like Venom’s “Warhead” aren’t that surprising, but there are also covers of Queen’s “You’re My Best Friend” and “Black Betty” thrown into the mix as well.

“I figured there would be some journalists who didn’t know who the Pop-O-Pies or Tales of Terror were,” guitarist and frontman Buzz Osbourne said of the record. “But what surprised me was how many didn’t know who Roxy Music was! Jesus Christ.”

There may be some of you who have no idea who the Melvins are. Fair enough. This story will not fill in the blanks for you. Look ‘em up. Download one of their albums. Do some digging. Better yet, go to their show at the Waiting Room Thursday, July 17th. Bring extra allowance money for the cavalcade of crazy merch they’ll be bringing with them (vinyl fans will have a field day with all the 7” of covers).

Instead, let’s spend our time getting Buzz’s thoughts on a number of covers by other bands. Some big, some not.

I don’t know anything about Billy Idol other than when he was in Generation X. I know “White Wedding,” but I’m about as aware of that sort of thing as I am about Foreigner’s Double Vision album.

That’s a cover of a Gerry Rafferty song. I’ve never heard their version. But [the original version] is not a song I’d turn off it was on the radio. It’s sort of in the same category as “The Wreck of the Edmund Fitzgerald.” I wouldn’t turn that off either.

“In A Gadda Da Vida” Slayer

Never heard it. I love that song but I like most of Slayer’s stuff so I imagine they do a pretty good version of it.

That one I have heard. It’s okay. But the version of “Ring of Fire” that I prefer is by Eric Burdon and the Animals. They did the best cover of that song that I’ve ever heard. If I was going to cover that song I’d go with the Eric Burdon version.

“All Along the Watchtower” Jimi Hendrix

Love it. Absolutely love it. Did you know Jimi Hendrix plays bass on that one? He did. Guitar and bass. Noel Redding said he wouldn’t do it Isn’t that weird? And then Noel Redding shit-talked that version.

Her version is atrocious. When it came out I’d just shut off the radio. I felt like I was listening to “Jukebox Hero” by Foreigner. It’s along the same lines. I was never a huge Runaways fan either. To me, a lot of that stuff is just perpetuating the myth of the lame female musician, which is too bad. I’m sure Joan Jett’s great and is really fun to party with but there are so many other bands that do that kind of thing better. She’s basically playing Slade but just not as well.

I think it’s great. Almost everything he ever did was great. As a matter of fact, when he’d do those movies they’d come up with five songs that would be in the movie, but then they’d have to come up with five or six more songs for the albums and some of those soundtracks are great.

I know of the song, but that’s certainly not part of my listening experience. That’s a cover? They’re a good example of this whole digital vs. analog debate. Stuff like that was recorded to analog and it still sounds like crap. All that techno crap from the eighties was all analog, and it’s gutless shit. I rest my case.

That’s an okay song, I guess. It reminds me of something by Badfinger. I’m not a big Springsteen fan, but one song I always thought he should do is ‘The Card Cheat’ by the Clash. It’s on London Calling. I think that’s the best Springsteen song that Springsteen never wrote.

I saw Springsteen once. My buddy dragged me to him. It was a two hour set with no opening band, thank God. One third of the music was as good as anybody playing that sort of bullshit could get. Another third was okay. The last third, if I had a deer rifle, I would’ve shot him right in the chest. It was that bad. If you’ve heard songs like “Dancing in the Dark” I rest my case.

“I Will Always Love You” Whitney Houston

You’ve never heard “I Will Always Love You” by Whitney Houston????

I probably have heard it, but I never paid any attention to what she was doing. You have to understand, when I stopped living at my parents’ house in the early eighties I never paid attention to TV or anything like that again. I missed out on all that kind of stuff. I never had cable so I could watch MTV or any of that.