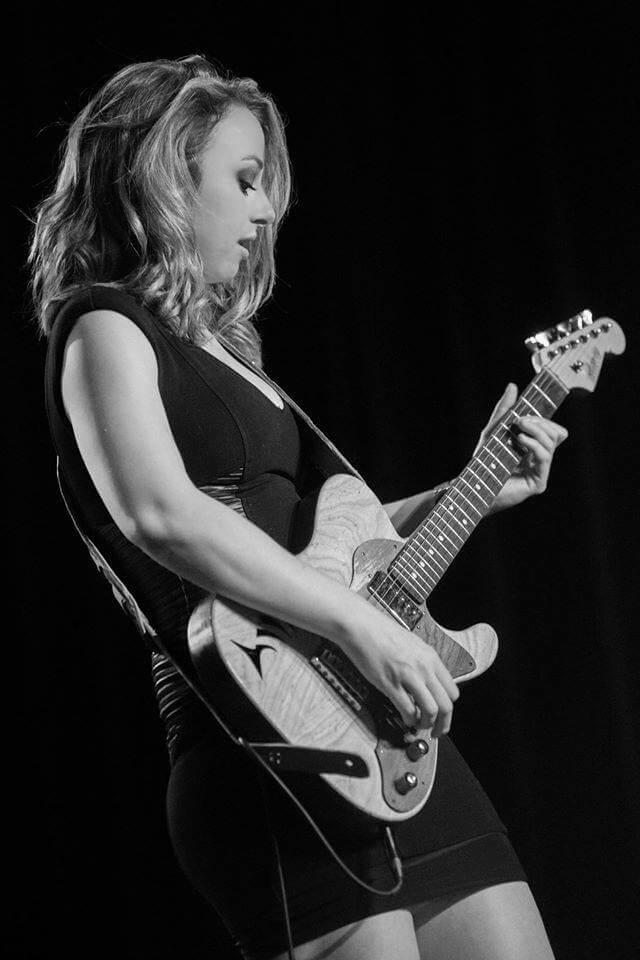 Omaha’s own Michael Campbell has a CD release cocktail party with musical performances Friday, March 6, 7:30-10 p.m. at Old Market Healing Arts Center, 1216 Howard St. Performing on Friday with Campbell are Korey Anderson and Vern Kathol. Campbell’s new disc, My Turn Now, was created with support from a variety of local artists, technical advice from some of the area’s best pros and five years of recording and tinkering. Read more and hear song samples at www.michaelcampbellsongwriter.com.

One of Campbell’s first guitars as a kid was a Frankenstein-style Stratocaster that he glued together from pieces of broken Strats, which tells you something about his creative outlook. He’s smart, funny and infuses his songs with both lively wordplay and thoughtful insights.

Campbell’s love of music led him to open Mick’s Music & Bar devoted to acoustic singer-songwriters. From 2003-2009, it was one of the early venues that helped revitalize Benson as a music destination. A number of high-profile national acoustic acts played the club along with some remarkable regional and local talents. The location is now the home of The Sydney. Patrons of Mick’s remember the humorous emails he sent with calendar updates. Campbell is also an accomplished writer and in 2010 released a book of humorous essays, Are You Going To Eat That.

Mark your calendars now for Tuesday, March 24, 9 p.m. and the wonderful Johnny Boyd at Reverb Lounge. Boyd is a remarkable singer in the old-school crooner style and should definitely appeal to fans of mid-century music. Swing fans should remember him as the frontman of San Francisco’s Indigo Swing, one of the top bands to tour during the 1990s swing revival. Indigo Swing played regularly at the old Stork Club downtown.

Boyd has assembled a crack group of musicians, mostly from his new hometown of Portland, Ore., that help him deliver old Indigo Swing favorites and new tunes. Boyd’s superb, super cool vocals and fresh, energetic style combined with the accomplished musicianship of his band keep them among the short list of Hoodoo favorites. The heart of the new band sound is still swing but they mix sweet ballads with jumpin’ numbers that should appeal to fans of jump-blues and roots music. If you are a fan of Davina & The Vagabonds, you will want to check out this band. Get a preview at johnnyboyd.com.

And, in a sidenote, Davina and the boys have two shows coming up at the end of the month. Davina & The Vagabonds hit Lincoln’s Zoo Bar Wednesday, March 25, and The 21st Saloon Thursday, March 26, both shows 6-9 p.m.

Blues Women at the Holland

Grammy-winning vocalist Cassandra Wilson is featured on the Holland’s main stage in the Kiewit Hall this Saturday, March 7, 8 p.m. She’s on tour with a special celebration of Billie Holiday’s music. See cassandrawilson.com. Tickets are available at ticketomaha.com or at the Holland box office. Coming up Thursday, March 19, the Holland’s 1200 Club presents Fredricks Brown, a duo featuring Deva Mahal and Stephanie Brown. Mahal is the daughter of Taj Mahal. See fredericksbrownmusic.com.

Speaking of blues women, Samantha Fish fires into the metro with two local shows. Fish is up at Lincoln’s Zoo Bar Tuesday, March 10, 6-9 p.m. Then Samantha Fish and her band share a double bill with her sister Amanda and the Amanda Fish Band at The 21st Saloon Thursday, March 12, 6-9 p.m.

Samantha Fish is joining the ranks of contemporary bad-ass guitarists, continuing to hone her chops as a player who can hold her own with the best. She toured last December sharing the stage with Tab Benoit and Tommy Castro. She’s also been doing some double-headers with Mike Zito, who has produced her records. Along with her guitar skills, she’s got a powerful voice and has blown me away the last couple of times I’ve seen her perform. Check samanthafish.com.

The Thursday show at The 21st will be Amanda Fish’s Omaha debut. She’s been performing around K.C. as a solo act and with her band. Get there at 5:30 so you don’t miss a note. Learn more about Amanda and her forthcoming CD at amandafishband.com.

Rockabilly goddess Nikki Hill heats up Lincoln’s Zoo Bar Wednesday, March 11, 6-9 p.m. Hill is another real Hoodoo favorite, cooking up a powerful musical gumbo of rockabilly and old-school R&B with plenty of soul and sweat and vocals that can growl, purr and snap. If Little Richard and Wanda Jackson had a lovechild, it would be Nikki Hill. Guitarist Matt Hill is tremendous and this band throws down a memorable live show. Take a listen at nikkihillmusic.com.

The Zoo Bar has a bunch of great shows this month. In addition to the Amanda Fish and Nikki Hill shows next week that are mentioned above, the club has the roots dance party of The Bel Airs this Friday, March 6, 9 p.m. and Saturday, March 7, 6-9 p.m. Shawn Holt’s in town so the Lil’ Slim Blues Band plugs in Saturday, 9 p.m.

The Mezcal Brothers have the FAC 5-7 slot Friday, March 5.

If you are a rockabilly fan you also want to make note of another great upcoming band at the Zoo. The 24th Street Wailers are a Juno-nominated Canadian rockabilly-roots band that flat-out blew me away the first time I heard them. They are back in the area with a gig at the Zoo Wednesday, March 18, 6-9 p.m. They have a killer sound and great stage energy. And now, hot, hot, hot guitarist Elliot Sowell, seen locally over the past couple of years with John Németh, is a part of the 24th Street Wailers. Enough said. See the24thstreetwailers.com. Remember the Zoo Bar is online at zoobar.com and also on Facebook with the most current updates available at the Zoo Bar Fan Club page.

Veteran guitar virtuoso Chris Duarte gigs at The 21st Saloon tonight, 6-9 p.m. Check out the latest on this extraordinary guitarist at thechrisduartegroup.com.

The monthly Rockabilly Night at Chrome Lounge continues with The Red Elvises Wednesday, March 18, 7:30 p.m. Advance tickets are available now for the April appearance by the amazing Kim Lenz. This will be an epic gig for roots music fans. Lenz rocks the house Wednesday, April 29, 7:30 p.m. with openers the Mezcal Brothers. Watch facebook.com/groups/omaharockabilly for details.

Josh Hoyer & The Shadowboxers are at the Bourbon Theatre this Friday, March 6, 9 p.m. with The Midland Band and Bud Heavy & The Night Lifes before hitting the road for a string of dates in Colorado. They are back just in time to play The Harney Street Tavern for St. Patrick’s night, Tuesday, March 17, 7 p.m. Kennith “Memphis” Shepherd has moved to Lincoln to join the Shadowboxers and will be performing with them this weekend. Shepherd is taking over the drum chair from Justin G. Jones, one of Lincoln’s in-demand drummers. Jones’ full-time commitments at at his businesses, Jones Foods and Lone Tree Produce, keep him from being out on the Shadowboxers’ ongoing national tour dates.  Shepherd and Hoyer met last year while performing together on John Bigham’s Soul of John Black project. Keep up with the band at joshhoyerandtheshadowboxers.com.

Remember that Sunday, March 22, at The 21st Saloon, 3 p.m., there will be a memorial jam for Steve Johnsen of the Johnsen Brothers. Johnsen was a longtime member of the local blues community who passed away Feb. 19. Watch facebook.com/BluesSocietyOfOmaha for more information.