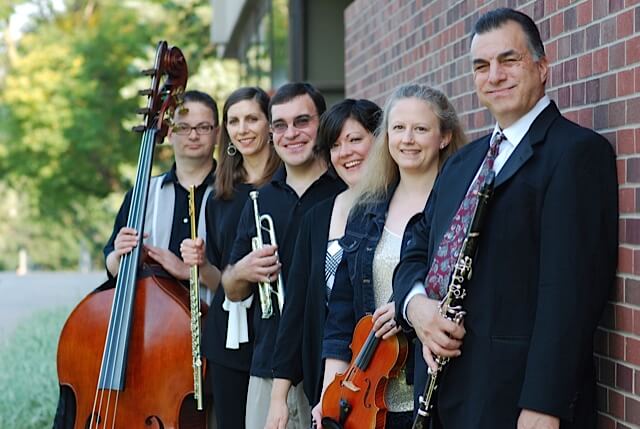 Omaha Chamber Music Society has assembled nine artists to perform youthful pieces by two famed composers plus something by one of our time, something new. The concert embraces more than 225 years, demonstrating “ …inspiration, transformation or redefinition” the Society’s press release says.

The contemporary element is from 2010 by then-31-year- old Judd Greenstein whose website describes him as writing “structurally complex, viscerally engaging works.”  Born in Greenwich Village, his career began while a teen-ager, turning out Hip Hop. He believes that what he has penned since reflects that time as well as his training as a pianist “combining an urban, beat-oriented sensibility with a late Romantic classical harmonic language.”   Greenstein has been composer-in-residence with the Alabama Symphony and received the Six Points Fellowship for Emerging Jewish Artists, in a partnership with Avoda Arts, JDub Records, and the Foundation for Jewish Culture. His offering is “Clearing, Dawn, Dance” which an iTunes editor calls “ a radiant, lively, joy.” http://www.juddgreenstein.com/who.html

As for transformation, you can hear a wind and string quintet by Sergei Prokofiev derived from his own ballet Trapèze which he was commissioned to write not long after his move to Paris in 1920, age 29. His 1924 quintet Opus 39 spins off from that and has been described as having an almost eerie circus feel.

It’s interesting, isn’t it, that these three composers created such remarkable pieces at nearly the same age?