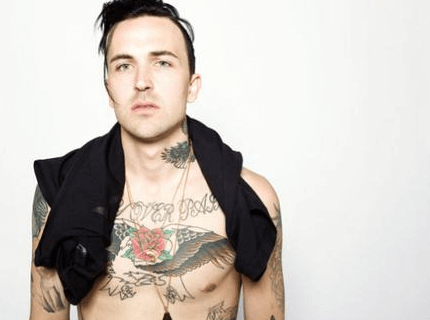 A few months ago, Alabama-bred rapper Yelawolf (real name Michael Wayne Atha) was performing in Los Angeles when he decided to, once again, jump off the stage and into the crowd. While that’s not normally a particularly risky move, this time, he not only broke someone’s nose, but also severely injured himself. It wasn’t immediately known just how severe until a performance in Madison, Wisc., sent him to the ICU with a ruptured spleen. It had a profound effect, to say the least.

“That whole experience has changed my risk assessment. I’m not so reckless right now. It was a serious injury so I have to be really careful. I’m not trying to do anything stupid,” Atha assures. “This experience put my life in check. I just want to continue with what I’ve been blessed with.”

Atha’s path has never been a cakewalk. Born in the small town of Gadsden, Alabama to his then teenaged mother, Atha was bounced between Alabama and Tennessee while growing up. Exposed to both White America’s trailer parks and Black America’s ghettos, Atha grew up quickly.

“My mother was involved in the music business so I was in tour busses at a very young age with artists like Travis Tritt, Dwight Yoakum and Ted Nugent. When I left home at 15, I started building a story,” he says. “I didn’t know at the time I was doing it to be a rapper. I was just living a crazy life.”

During a night when his mother just happened to be hosting a rowdy group of Run DMC’s roadies, Atha was exposed to the sounds of The Beastie Boys and Run DMC. Soon, rapping was all he wanted to do. After years of mix tapes and backup vocals, Atha released 2010’s critically acclaimed independent debut, Trunk Muzik, and his career took off. Picked up by Eminem’s Shady Records, he released his first proper full-length, Radioactive, in 2011. A mixture of Southern “crunk” rap and punk-rock influences, Atha solidified his own unique sound with this record.

“For Radioactive, it happened so fast. We went to Vegas and were on lockdown. We got me, Pooh Bear, The Audibles and we just vibed. I would go out for a while, write, come back and they would have another track they produced. I would lay the vocals, leave again, come back and have it done,” he explains. “It was a well- oiled machine. We had a goal. I wanted to attack radio. That’s why it’s called Radioactive. I had the core record set for the OG fans, but it was a personal goal to get into the radio world so we did that. I have a history of experimenting with styles. I like learning what really sticks with the fans and what works well overall. With my new record, Love Story, I really care a lot less about radio.”

For now, Atha is focused on healing, working on his new record and continuing to tour. He’s been on the road consistently for two years and hasn’t stopped. This recent brush with death has taught him a lot about whom he is and where he wants to go.

“What’s working is working. Willpower is always going to be around. I like to keep the circle tight. I want the music to speak for what it is. I don’t want these haters to stifle what I do. I’m just staying focused and doing what I’m supposed to be doing,” he says. “I have a god-given talent and realizing that is a gift in itself. I think I’m just growing into my own, finally.” ,