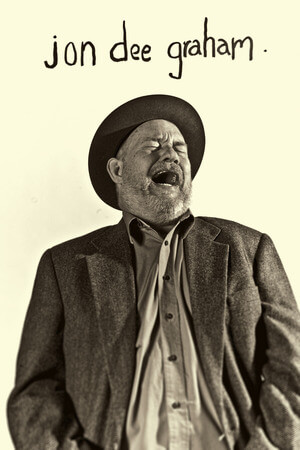 The schedule for the club shows for Zoo Bar Anniversary week is up at zoobar.com — text for the Monday thru Thursday headliners below is not mine, but comes from zoobar.com in an attempt to get all the info in one place for my blues-loving readers, since some of the info is scattered among Facebook Events.

Definitely don’t miss out on the early week shows that include Hoodoo hero Jon Dee Graham & The Fighting Cocks in a rare full-band road gig Tuesday, July 7, 7:30 p.m. Graham is a writer of life-changing songs and a guitarist of rare ferociousness. He is a three-time inductee into the Austin Music Hall of Fame and an act not to be missed. Joy, wisdom, grace and passion all wrapped up in stories, songs and loud guitar. Graham is touring in support of his latest release, Do Not Forget, an official compilation of live recordings that have been captured during various shows. The disc includes a boisterous and sparkling rendition of October, one of Graham’s signature songs, recorded at the Zoo Bar with special guest Josh Hoyer.

After spending seven years with her band Sarah & The Tall Boys, Sarah Potenza relocated to Nashville Tennessee with not much more than her husband and her monster vocals.

Graham was named the Austin Musician of the Year at the 2006 Austin Music Awards and is a three-time Austin Music Hall of Fame inductee. He is a founding member of Austin’s acclaimed band The True Believers with Alejandro Escovedo. Since then Graham has become a solo act that is one of Austin’s finest.

Little Mike and the Tornadoes proudly describe themselves as a “working class band” that plays blues with a rock ‘n’ roll edge. “We all come from working class families and tough, working class neighborhoods,” says Mike. “Working class people have always been our biggest supporters.”

Earl Cate was part of the legendary Cate Brothers and has played and toured with The Band, Crosby Stills and Nash, Bo Diddley, Little Feat and many others. His bands have shared the stage with Queen, Fleetwood Mac, Boz Scaggs, Elvin Bishop, Lynyrd Skynyrd, and many other rock legends of our time. Lincoln’s “Baby” Jason Davis joins Earl on guitar along with Terry Cagle, Levon Helm’s nephew.

Headlining the outdoor stage Friday, July 10, 9 p.m., is New Orleans soul-blues legend Irma Thomas. The city itself has named Thomas the Soul Queen of New Orleans. Her storied career has won her fans around the world who hold her in the same regard as more mainstream artists like Aretha Franklin and Etta James. The Grammy-award winning vocalist is celebrating 50 years as an entertainer with a special 50th Anniversary Collection CD of her most popular songs. Take a look at her iconic accomplishments at irmathomas.com.

Arkansas-based Earl Cate’s Earl & Them kicks things off at 5 p.m. Friday. Up-and-coming Alligator guitarist Selwyn Birchwood plugs in at 7 p.m. Josh Hoyer & The Shadowboxers bring it all to a rousing close with an 11 p.m. set.

The ZooFest street party is always a great, all-ages environment to reconnect with old friends, to bring your kids out to experience some great live music and to celebrate the 42 years and going strong contribution that Lincoln’s Zoo Bar brings to the community and the music.