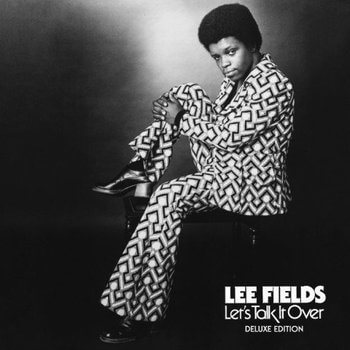 Lincoln’s Zoo Bar is a historic venue that is one of the oldest blues clubs in the nation. The bar situated at 136 N. 14th Street in Lincoln marks its 43rd Anniversary this week with a weeklong event. There are special shows in the club starting tonight and Friday and Saturday the music moves to the street with the annual ZooFest concert and street party celebration.

Tuesday night’s show sees the always-transcendent Hoodoo favorite Jon Dee Graham take the stage with his Austin trio The Fighting Cocks. Most of the time when Graham plays locally it’s an acoustic show, so this is a once-a-year chance to see the electric, more rocking Graham in all his string-bending glory. Graham’s guitar work is fiery and powerful. His songs are glorious, inspiring, life-affirming, hope-instilling works that can be truly life-changing when falling on the right ears and hearts. A true don’t-miss set from Jon Dee Graham & The Fighting Cocks kicks things off tonight, Tuesday, July 5, 6 p.m.

The rest of the inside schedule for the Zoo’s 43rd Anniversary includes Jason D. Williams (6 p.m.) Wednesday, July 6, also scheduled are Rockin’ Johnny Burgin and Aki Kumar (8:30 p.m.). Williams is Memphis keyboard rocker who plays in the boogie-rock, “wild man” vein of Jerry Lee Lewis. See RockinJasonDWilliams.com. Also Wednesday marks the return of Chicago’s Rockin’ Johnny Burgin with rising West Coast harmonica star Aki Kumar. Kumar is fresh from a performance at Waterfront Blues Fest in Portland, Ore. Kumar bills himself as “hard-hitting blues from Bombay by way of the San Francisco Bay!” and it is his first time performing in Nebraska. He’s made a name for himself on the West Coast and has recently released a new CD that combines his Indian roots with his love of Chicago blues called Aki Goes to Bollywood.  See akikumar.com. Rockin’ Johnny Burgin is known to local audiences from regular gigs in Omaha and Lincoln over the past few years. His swingin’, jump-blues style is great stuff. Alligator Records founder Bruce Iglauer says, “Rockin Johnny delivers the raw, rough-edged spirit of real Chicago blues.” Burgin has recorded for Delmark Records and his most recent disc, Greetings From Greaseland, was recorded at Kid Andersen’s California studios with the tremendous line-up of Aki Kumar on harp, Kid Andersen on guitar, Vance Ehlers on bass and June Core on drums. See  rockinjohnnyband.com.

Matt Cox has two CD release events for his latest excellent effort, The Cost of Everything & The Value of Nothing, already available for pre-order on iTunes. Cox plays Saturday, July 16, at Lincoln’s Zoo Bar and Sunday, July 17, at Waiting Room. See mattcoxmusic.net.