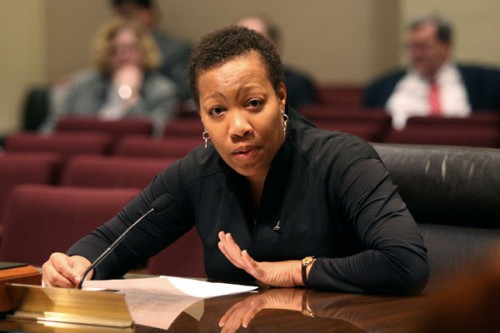 In January The Reader contacted some Omaha state senators to see what they were expecting in the long 90-day session ahead of them.

On June 5th senators were scattering after a session almost uniformly described as “tough.” We tried to contact the same senators. Two revealed they were considering higher office. All were focused on the summer interim session–after a break.

At the beginning, Senator Cook identified taxes as the “number 1.5” issue, referring to the Governor’s then dominant proposals to eliminate income taxes for sales taxes. But agriculture and business interests, tax policy experts and social equity advocates, made short work of those proposals. The bills were dead, nine legislative days after hearings.

Instead, Senator Paul Schumacher of Columbus proposed a Tax Modernization Commission. Finally, in the waning days of the session, with Senator Ernie Chambers’ assistance, a version of that proposal passed and a Committee of 14 senators was charged with returning a report by December 15. Senators were at work on the Committee before adjournment.

This was part of what Cook called a “conversation” that had begun.

As part of this resolution, Omaha’s  option for another one-half cent in sales tax was removed. Cook said some senators wanted to go further and remove other cities’ sales tax options but it took restriction to Omaha to pass the measure. She said she felt this reflected a deep feeling among Omahans, one she had felt, particularly among her constituents in Florence.

Cook noted other issues up for interim discussion:

–Hearings by the Health & Human Services and Banking, Commerce & Insurance Committees sitting as the “Partnership Towards Nebraska’s Health Care System Transformation,” following the Legislature’s inability to extend Medicaid as part of the Affordable Care Act (Obamacare)

On Medicaid extension, Cook said she was disappointed. “It saddens me that 55,000 Nebraskans won’t be covered” by health insurance because of the filibustering tactics of 17 lawmakers. But she said she understood. “I’ve availed myself of strong tactics when I have a bill I really believe in,” she said, citing her work on a voter identification bill.

Taking only a moment to reflect on what might be regarded as the outstanding achievement of the 103rd Legislature, Senator Brad Ashford allowed that passing the juvenile justice reform bill  he had cited at the beginning of the session as his priority was pretty special.

But that was behind him, as was his bid for Mayor of Omaha–he placed fourth among five–no regrets, no second guessing. Ashford was, while recognizing the importance of the past, looking to the future.

He said he had been considering a run for the US Senate. Yes, millions of dollars to raise–that’s what it takes. But could he make a difference? Would it be the right place to be? Could Nebraska look beyond a party label to see him? If voters could, he said, he believed they would see he could represent them as a Nebraskan with experience in legislating. “That’s what I’ve done,” he said.

On the session and tax reform: “We should close loopholes on the sales tax side,” Ashford said and there would have to be some property tax relief. He said he had signed on to a Heineman tax bill because he liked paying for tax reform by tightening sales tax exemptions.

In January Bob Krist stepped up to speak for Medicaid extension and juvenile justice reform. After the session, he felt “relatively successful” with wins on LB140 to protect airports when development approaches and LB6, rescuing money for problem gamblers.

He remains concerned about Medicaid extension. He said it was not just that an important majority-supported bill was blocked. Speaking, as he often does, like an executive officer, he said he was worried about the steady deterioration in state government’s infrastructure and its capacity to deliver services to those who need help most.

He said he was concerned that critical funds to hospitals will be cut off because the legislation was blocked. “That’s what we’ll see in the interim study,” Krist said, focusing on solutions. “If not the whole enchilada (of Medicaid extension), how can we make a smaller taco?”

Did he become more visible in the Legislature this session? “Probably,” he said, “I think you grow into that with your service.” A feeling of intensity and restlessness comes through in this senator who knows his term limit is approaching.

He tells The Reader he is considering further public office. It could be Congress, the Legislature, US Senate or Governor. He says he is not done serving.