Home » News » A Million Reasons Why 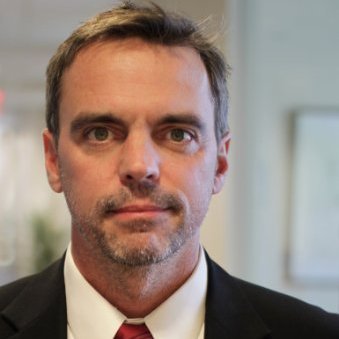 Marty Amsler, like some of us, lives two lives.

Most know him as the mild-mannered “creative” at Nebraska advertising agency Bailey Lauerman. He’s a Mad Man ad guy who heads a team of Mad Men ad people that do some of the best creative work in the country. I know because I’ve seen it first hand in my “other life” at Union Pacific.

(To this day, I still meet people who think I make a living writing this column for The Reader. These are the same people who watched Sex and the City and thought Carrie Bradshaw could afford her cool Manhattan apartment and countless pair of $300 Manolo Blahnik shoes on what she made writing her weekly column in some faceless newspaper…)

Aside from Bailey Lauerman, there’s Marty’s main gig — his wife, Julia, and their son, Truman.

And then there’s The Millions, the band Amsler started way back in the late ‘80s in Lincoln with guitarist Harry Dingman III that included vocalist Lori Allison and drummer Greg Hill. Over the course of about six years, The Millions lived the rock ‘n’ roll dream. They generated a large following playing local gigs, got signed by Smash Records (a subsidiary of major label Polygram), quit their day jobs and recorded and released their debut album, M Is for Millions in July 1991. They toured, and then released their second album, Raquel, in September 1995. They toured some more. And then broke up and went their separate ways, leaving behind some great music and fond memories.

And now, just like that old rock ‘n’ roll story always seems to go, they’re getting back together again, for one night only — Dec. 1, 8 p.m., at Lincoln’s Bourbon Theatre. Well, at least three of them are, anyway. Greg Hill no longer plays drums and doesn’t want to. Drummer Brandon McKenzie will be sitting behind the drum kit that night. So can you really call this a “Millions reunion”?

“Lori, Harry and I don’t look at this as a ‘reunion’ show,” Amsler said. “Just old friends getting together again to play some songs we wrote a while ago to help some other old friends release a project they’ve worked tirelessly on.”

The project is Poison Fish, a collection of lost, unreleased Millions recordings that capture the unbridled spirit of the band before they got signed.

The collection (under the name The Millions NE, because a different band now controls “The Millions” name) is being released by Randy’s Alternative Music, a record label run by Randy LeMasters, a Pittsburgh-based music entrepreneur who said the Millions’ music “turned my world upside down.”

LeMasters has spent nearly a decade working with the band and Millions’ fan Malcom Miles piecing together tracks heard on the new release from remastered cassette tapes, as the original master tapes (apparently) no longer exist.

Despite the frustration of spending years trying to track down those original masters, LeMasters says the release’s timing couldn’t have been better. “The band might not have gotten together for the CD release show in years past due to commitments with family and careers,” he said. “The time is right.”

And the timing may be right for other reasons. There’s a resurgence of interest in the post-punk, pre-Nirvana, “first wave” bands that influenced The Millions, such as REM, Throwing Muses, Cocteau Twins, Kate Bush and The Sundays. Some of the best new music released this past year, from indie darlings like Twin Shadow, Wild Nothing and DIIV, are revising the post-punk new wave sound for a new generation of listeners who may also discover something new in The Millions.

And if you’re wondering, no, LeMasters isn’t doing it for the money. “I’ve never been in the music ‘business’ to make money,” he said. “I do it for the love of the music and for my passion to get music into the ears of other fans. Other than the love one gets from family and friends, I believe there is no greater pleasure than sharing music with willing, eager ears.”

For Amsler, playing with his pals in The Millions again fills a void he didn’t realize he had.

“I have a very fulfilling career in advertising,” he said. “I get to spend my days working with some of the most talented people in the industry. I have great clients and more creative opportunity than I know what to do with.”

Motivation to strap on his bass again also came from his family. “They see how much I’m enjoying it,” he said. “I get to share a side of me that neither of them knew.”

So I had to ask Amsler, the way the music industry is these days, would he do it all over again?

“That’s something I’ve thought about during the years,” he said. “Looking back, I’d have killed for the internet, e-mail, downloads or a damn cell phone (imagine being on the road for six weeks without one). That certainly would have made our lives easier on many fronts. But there was something about the music scenes when you had to be an active participant (not optional/digital) that was pretty amazing. I also think we were the last generation to get the big ‘quit-your-day-job’ record contract. Obviously, it wasn’t all that it was cracked up to be, but for a while, recording, touring and playing WAS our day job. That was pretty cool.”