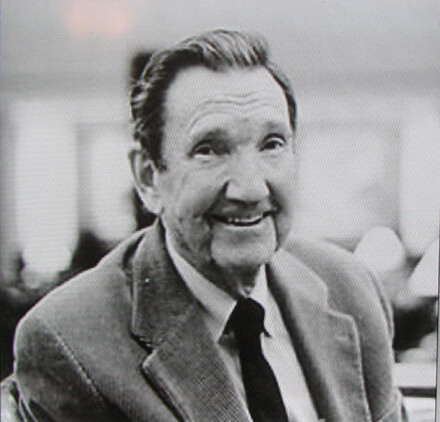 “After forty-two years in prison, how can we help them?”

The first question asked after Ramsey Clark’s speech last weekend does not have an easy answer. Clark, 84, a former Attorney General who served under Lyndon Johnson, traveled to Nebraska on a humanitarian mission to visit Ed Poindexter and Mondo We Langa (David Rice) at the Nebraska State Penitentiary. The men, now 68 and 66 years old, have been incarcerated for forty-two years for the 1970 bombing death of an Omaha police officer, a crime they insist they did not commit.

The state’s main witness was a 15-year old youth named Duane Peak who testified that the pair made a suitcase bomb and instructed him to put it in a vacant house and call 911 to lure police to the house. Peak was subpoenaed to submit to voice analysis in 2006. His voice was ruled out as the caller, but the courts did not grant a new trial based on the voice analysis. Poindexter and We Langa currently have no appeals pending. Clark spoke to about 75 people at the Malcolm X Foundation the day after he visited them.

“I think these two men are certainly innocent of the acts for which they’ve been accused and by our system convicted,” he said. “But I don’t think that’s the real question. The real question is what kind of people are we that we would incarcerate two such valuable citizens for life?”

He praised both men for their intellectual accomplishments and ability to stay strong under the circumstances. “If you could see them, you would be inspired.  When you see someone who has been in there a long time who still understands who he is…” He finished his sentence by saying, “They are our hope.” Clark called the men “uncrushable.”

To the first questioner who asked how to help, he responded, “Work with organizations that are already working to free them. There are people all over the place. Write to the governor, state senators and legislators. Write to the superintendent of corrections. Tell them, ‘As a Nebraska citizen, I’m very distressed that they have been in prison so long. It’s barbaric.’”

The second questioner voiced frustration shared by Ed and Mondo’s supporters. “It doesn’t matter what evidence comes out that they are innocent, Nebraska says you’re going to stay there until you die. So, what can be done about that? ‘Cause there’s been new evidence, but it doesn’t make any difference.” Clark told him, “The solution is not in finding new evidence. It doesn’t matter at this stage. The only decent and just thing to do is to say to your elected officials, ‘It’s been far too long, we want them free now.’”

He cited Norway as a country that does not believe in punitive prison sentences. “They consider 20 years to be a long sentence,” he said.

Nebraskans for Justice, a non-profit organization that advocates for the release of Poindexter and We Langa, arranged for Clark’s visit and the lecture. They advertised for anyone with information about the bombing to come forward. No one did, however one man in the audience told of his personal connection to the explosion that took the life of police officer Larry Minard.

“I lived across the street from the bombing. I was 15 years old. It blew out five windows in my house. I smelled the gun powder. I went to the screen because I could hear the police. I knew the vacant house. William King’s family had lived there until they moved to the projects. I knew Duane Peak. I grew up with Duane, he lived on that street, too. I heard the 911 call they said he made. That was not Duane Peak’s voice. I also knew David Rice. He couldn’t play basketball but he was brilliant. They just wanted him and Ed off the street.”

Poindexter and We Langa were members of Omaha’s Black Panther Party until it was disbanded by the national headquarters for inaction. Subsequently, they formed other organizations including the United Front Against Fascism and the National Committee to Combat Fascism. Homemade newsletters printed by these groups used inflammatory language to protest police actions, forming the basis for suspicion that members of the group were responsible for the bombing when entered as evidence at their trial.

Others in the audience brought up the role of the FBI’s secret investigation of political groups during this era, code named COINTELPRO, for counter intelligence program. Many believe COINTELPRO played a role in the prosecution of Poindexter and We Langa. Clark stressed, “It was not just the FBI. Other federal agencies also participated with state and local police. Police investigation is always important for the public to survey carefully. It’s where our human rights are protected or violated,” he said.

After the speech, audience members approached Clark to shake his hand or have their picture taken with him. He was heard joking with one of them, “This photo will ruin your reputation.”