Home » News » Back to the Polls

The City of Omaha will hold elections for Mayor and all seven City Council seats this spring. The primary is April 4 followed by the general election on May 9. City races are nonpartisan. The top two candidates from each primary will move on to the general election.

Four candidates have announced their intention to run for Mayor: 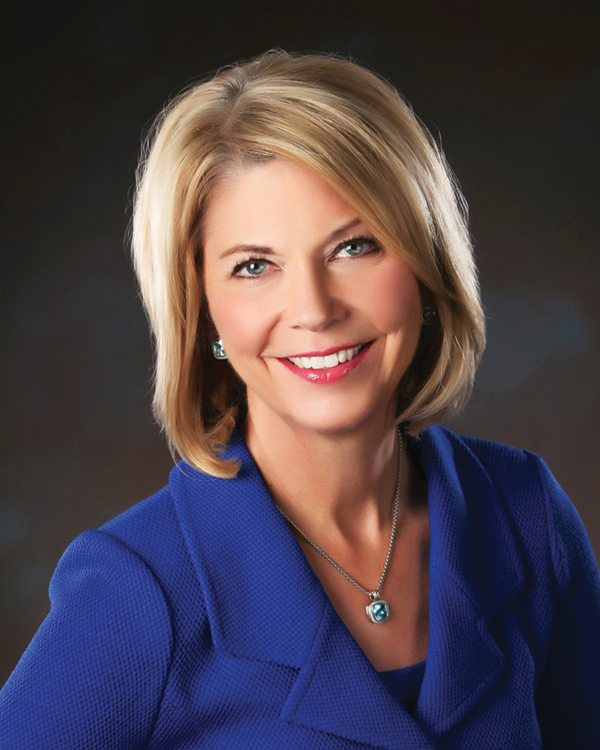 In 2013, Jean Stothert, 62, became the first woman elected Mayor of Omaha. Stothert was born in Wood River, Illinois and attended Seattle Pacific University earning a Bachelor of Science degree in nursing. She began her career as a critical care nurse, later becoming a head nurse and department head of cardiovascular surgery at St. Louis University.

Stothert, a registered Republican, was appointed to the Millard Public School Board a few years after moving to Omaha in 1992. She served 11 years on the board, including three as president. In 2006, Stothert ran unsuccessfully for the state legislature losing by a mere 14 votes. In 2009, Stothert was elected to the Omaha City Council representing District 5. Stothert and her husband Joe, a trauma surgeon at UNMC, have two grown children, Andrew and Elizabeth, who are both married, living and working in Washington, DC.

She sees attracting and retaining millennials as critical to Omaha’s continued success. “This group of entrepreneurs, employees, artists, and parents represent the future of Omaha,” she said. “We will continue to encourage our young people to remain in Omaha, or move back if they’ve left, by making our city safer, improving our neighborhoods, maintaining an exciting urban core for housing and employment, and providing safe and efficient transportation options.”

Stothert said in the months ahead she will announce a new neighborhood planning division in the Planning Department so the city, neighborhood organizations, and partners can work better together to strengthen families, housing, employment and neighborhood safety.

She said public safety was her top priority when she took office. “Omaha’s homicide rate at the end of 2016 was the lowest in 13 years, and gang activity and gun violence are down. Our relentless and daily focus on public safety has included the addition of 56 new police officers over the last three years, restructuring of police department operations, expansion of the gang unit and gang specialists, expansion of the ShotSpotter technology and the introduction of body cameras.” She believes the city must continue to provide financial support and work with community partners who offer job training and placement for youth and adults as well as re-entry programs for those leaving prison.

Stothert views Nebraska’s level of taxation as a serious challenge. “Because of economic growth and more efficient management, we have lowered Omaha’s tax rate twice since I’ve been mayor. However, more needs to be done in this area by all policymakers, including those in the legislature, to make Omaha and Nebraska the most competitive and appealing places possible for businesses, employees, and families.”

Stothert sees a bright future for Omaha. “Our citizens are hard-working, collaborative, optimistic and compassionate. Among our many opportunities are the benefits of more growth among our young professional and young family communities, enhancing the city’s transportation system, and leveraging civic partnerships in what is one of the most generous cities in America.” 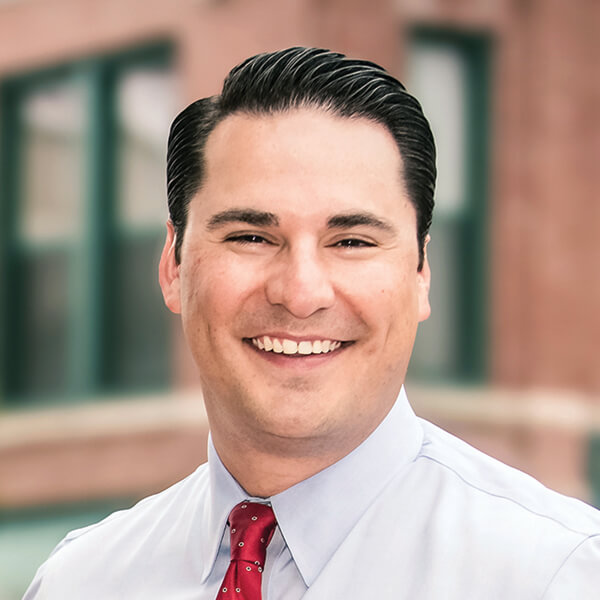 State Senator Heath Mello, 37, is a native Omahan and graduate of the University of Nebraska-Lincoln. He served eight years in the Nebraska Legislature representing South Omaha. During his tenure, he served as Chairman of the Appropriations Committee and was a member of the Nebraska Retirement Systems Committee. Mello is a registered Democrat. He currently works as the Executive Director of the Nebraska Career Education and Innovation Foundation, a nonprofit organization developing public-private partnerships and initiatives for career and technical education. He and his wife, Catherine, and their two children, Angelina and John, live in South Omaha’s Robin Hill neighborhood and attend St. Thomas More Catholic Church.

Mello envisions Omaha becoming a national leader in creating 21st-century jobs, by nurturing tech startups and providing training and resources for entrepreneurs. “Too often, our children and grandchildren are leaving Omaha for other cities like Kansas City, Denver, or Chicago to find work, but we have an incredible opportunity to make Omaha a city that is welcoming and supportive for current residents and future generations,” he stated. Mello imagines a more connected city through innovative, future-focused approaches to transportation and infrastructure, including public-private partnerships to build more community spaces, improve our streets and trails, and expand public transit.

Crime and equal opportunity are some of his top concerns. “Everywhere I go, I hear that Omaha residents are concerned about crime. Crime remains a problem because we are not addressing the root causes of crime, such as intergenerational poverty and lack of access to living wage jobs, affordable housing, and reliable transportation,” said Mello. He wants to develop programs to connect residents with educational resources, employment opportunities, behavioral health services, and other programs.

Mello wants Omaha to become a “smart city”, driven by data and technology. “We have the opportunity to become a more connected city through innovative, future-focused approaches to transportation and infrastructure, including public-private partnerships to build more community spaces, improve our streets and trails, and expand public transit,” said Mello. “I would collaborate on designing infrastructure projects, such as high-speed internet access, that are vital to growing Omaha’s economy.” He has detailed a 5-point “Reinventing City Hall” plan. These plans include two new websites: OpenOmaha.org, which will help city departments and residents talk to each other, share feedback and build better plans for the future of the city and BenchmarkOmaha.org that would allow Citizens to monitor infrastructure projects. “City Hall needs to be transparent because these projects are funded by our tax dollars,” he explained.

Mello sees his experience in the Legislature as a primary reason citizens should elect him as mayor. “I brought Republicans and Democrats together to pass balanced budgets that made record investments in public education, workforce development, early childhood education while also providing significant property tax relief and major income tax reforms,” he stated. “By addressing key issues like criminal justice reform, equal pay, ridesharing (such as Uber and Lyft), and economic development, I earned a reputation as a public servant who will work with all sides to build consensus and get things done.” 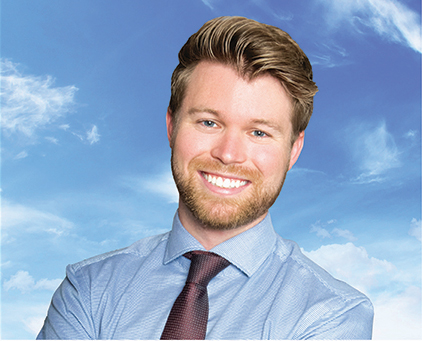 Taylor Royal, 26, was born and raised in Omaha. He holds degrees from the University of Nebraska-Lincoln and Southern Methodist University. Royal is a Certified Public Accountant who provides financial planning services. He is recently engaged and attends Citylight Church in Midtown Omaha.

Royal, a registered Republican, felt an urgency to run for Mayor after moving back to Omaha from Dallas, Texas. “Dallas is energetic and vibrant; their business footprint is expanding, and they have a great entertainment climate for all ages. Moving back to Omaha in 2015 was a different story,” explained Royal. He said he saw the same old problems that plagued Omaha while growing up with new challenges emerging. “I want to be Mayor of Omaha to create a more business-friendly and community-friendly Omaha. I believe my new vision for Omaha will join our community together to solve our challenges and make Omaha the place to be for families and businesses.”

Restoring and revitalizing North Omaha is a top priority for Royal. “There is so much untapped potential all around our city, and I am going to rally our churches, charities, and businesses together to restore and revitalize north Omaha,” he stated. Promising to office in North Omaha a couple of times a week, Taylor says he will seek more robust skills initiatives in area high schools and place more value on careers in the trades.

Taylor says the delivery of city services to the taxpayers is often inefficient and costly. “A well-designed and effectively managed outsourcing initiative will allow us to find strategic opportunities to drive down costs and improve the quality, scale, and efficiency of city services to our taxpayers.”

Taylor sees an incredible opportunity for Omaha to continue to grow and expand. “My administration will encourage continued investment to further develop our city and create more holistic and walkable business and entertainment districts,” he explained.

Retaining and attracting businesses and millennials are among Royal’s priorities. “We’ll create an environment to incubate new ideas, so the startups can advance and grow in our community. This will create opportunities for millennials to find jobs locally that match their education skills and provide opportunities for advancement.”

Royal aims to modernize Omaha’s city planning and street maintenance. “Omaha’s street design has been uninspiring. My administration will better collaborate with Douglas County and adopt a forward-thinking, growth-oriented city planning mentality, so we’re efficient with taxpayer dollars,” he stated. 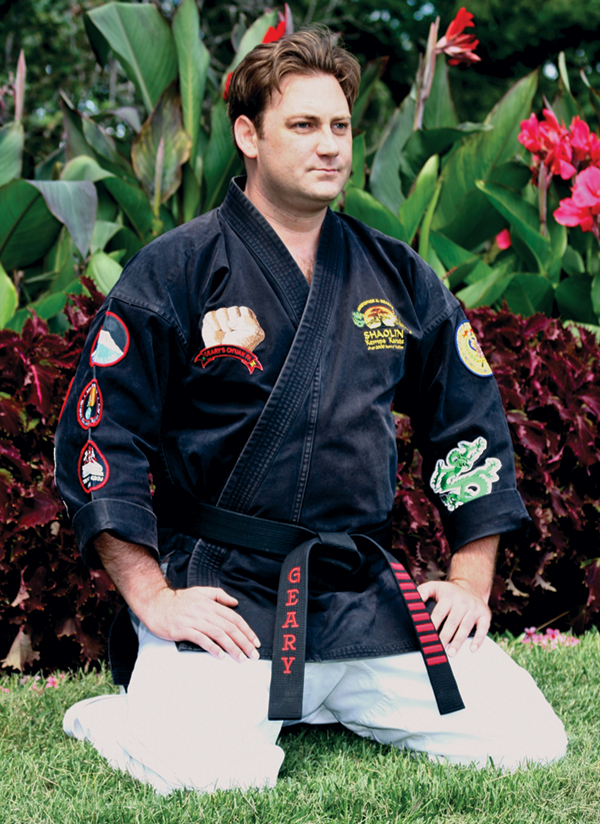 Christopher Geary, 45, is a U.S. Marine Corps veteran and small business owner, teaching Martial Arts. His vision for Omaha is one that brings government, business, and citizens together to improve living conditions for everyone.

Geary says he is not accepting campaign donations, instead encouraging would-be donors to donate to a charity in his name. Nor will he participate in debates. “Political debates end up being personal attacks on one another and rarely stay on point,” Geary stated. “Candidates will only say what people want to hear. In the end, these candidates will do what the people who gave them money want them to do.”

He believes Omaha’s economic future depends on attracting new industrial development and jobs. Geary looks to curtail wasteful spending by objectively reviewing the budget, looking for items that can be reduced or eliminated.

He sees crime and taxes as the biggest challenges facing the future of Omaha. Geary wants more after-school and job training programs to keep kids away from gangs. He says it is important for police officers to develop trust through constructive conversations with parents and children. He would also seek stronger penalties for gun crimes.

Geary pointed to the need for adequate revenues to maintain streets, upkeep parks, and city buildings, fund the sewer separation project and provide other city services. “No matter what the project, or problem, I would make sure that taxpayer dollars are spent the best possible way they can be.”

Geary is a registered independent and has run several times for public office. In 2012, Geary ran for the Legislature to represent District 7. During the general election, he caused some controversy when he offered to drop out of the race if his opponent, State Senator Jeremy Nordquist, would be willing to pay off his campaign debts. Nordquist declined the offer.

Editor’s Note: As of press time, only Stothert and Geary had officially filed with the Douglas County Election Commission.