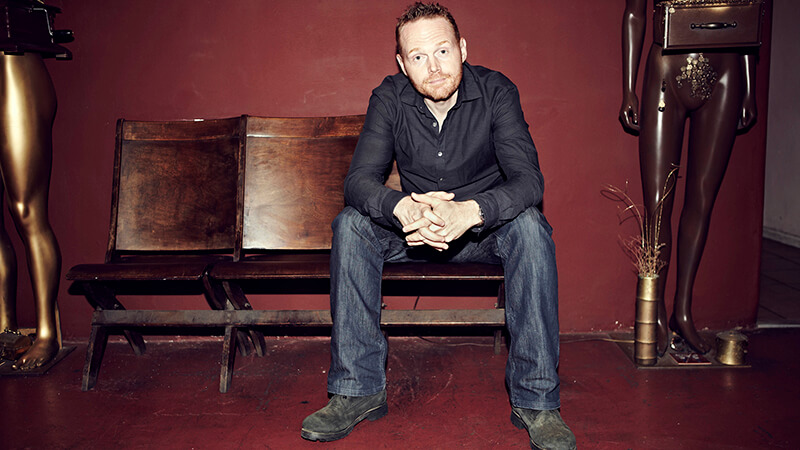 From his home in L.A., funnyman Bill Burr talks about his Oct. 1st show at the Orpheum Theater and his new season of F is for Family coming out on Netflix. His fans won’t be surprised to know that, while his acerbic, biting wit can tear up any stage, he was gracious, warm and easygoing throughout the interview.

What are you looking forward to most about visiting Omaha?

“I’m going to see a Cornhusker game! When I was growing up, they were always such a monster program and it’s great to see them back. It is so weird to see them in the Big Ten. It’s so weird that the Big Ten has 12 teams and it’s still called the Big Ten. And the Big 12 has 10 teams and they are still called the Big 12. Makes no sense. But I am excited, this is the first time the Cornhuskers are having a home game [when I’m in town]. I was worried that because Nebraska’s 4-0 that they were going to move it to a night game [when he’ll on stage at the Orpheum]. This is a bucket list game for me.”

So you’ve been to Omaha before?

“Sure, a bunch of times. I used to do a lot of college gigs out there when I was younger, working for this company, Bass Schuler, and they used to book me out there all the time. I’ve been all over Nebraska. I’d say about to mid- state, wherever it is, you know, where you get about halfway through the state and there’s just that random bridge [The Great Platter River Road Archway Monument in Kearney]. Looks like a footbridge that goes over some kind of touristy thing. I remember that thing blowing my mind one early morning driving out to do some gig but yeah, I’ve been all over Nebraska. I get jealous of people that live out there, man. You can buy a cool car and really open it up out there. Living in L.A., it’s like you have a cool car with nowhere to take it. So, that’s one of the No. 1 thoughts that I have when I go to places like Nebraska.”

Tell us about F is for Family.

“I’m just hoping people find it funnier than they did the first time. But what am I most excited about is that we have some new people coming in doing voices … and it’s weird about whether I can announce that or not, but I’m just excited for people to get to see it. A lot of people are saying “well, how come there’s only six episodes?” so this time there are going to be ten. I know that fans of the show will definitely be happy about that. But, yeah we got a bunch of new characters and we really fleshed everybody out even more. I don’t know but, for whatever reason, I feel like it’s going to take us about three seasons total before we really just … you know … kind of like a number of TV shows that I was on, after the third season it’s like enough of a buzz came around that people were like, “oh my God, you’ve got to check out this show man it’s hilarious.”

On top of the new season of F is for Family you are also hitting the road and going on tour with your live show. How is that going so far and can you tell us anything specific about what you might be raging about this tour?

“It’s going good, it’s going good. I’m getting ready to do another show. Whenever that happens I have to increase the number of shows I am doing just so I don’t bomb when I do my special [laughter]. It’s coming up in … let’s see … October 21st is when I tape, so when I go to Omaha, that’s one of the dates I’m using to stay sharp.”

And as for topics you’ll hit?

“I always talk about the population problem. It is a problem … and I just keep making jokes about it hoping that somebody can actually … do something about it. I mean, that seems to me like the biggest problem out there. But what am I? I’m just a comedian … what do I know?”

“Getting to go to like Nebraska vs. Illinois. Other than the live shows, it’s the places. The stuff you get to do and the food you get to eat. Recently I was in Durham, North Carolina, and I went to this place called … uh, Dame’s Chicken & Waffles … and it was the best soul food I’ve ever had.”

“I just realized that I have not done stand up in Nebraska in … well over a decade, so, I’m really excited to go back there with, I like to think, my best show I’ve ever written. I really hope people will come out to see it and I’m really excited to come back to this part of the country. It’s been way too long.