Home » News » ‘Dynamite in the Pond’: A History of the Young Professional Council 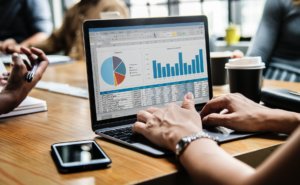 In the early 2000s, two young and passionate men named Joe Gerstandt and Jason Lauritsen met as coworkers. Gerstandt, who had recently moved to Omaha, was from a small town in Iowa. He didn’t have the best impression of Omaha before moving here and spent his first few years not interested in learning about his new community. After he had time to experience how complex and interesting Omaha was, he developed a yearning for making a positive impact. He and Lauritsen quickly realized they had much in common and combined forces to create The Matrix (not that Matrix). The Matrix was a discussion and brainstorming group for local young people to share big ideas. The group produced many ideas on a range of topics and empowered young people to be active in things such as voting. This group was the predecessor to Next Generation Omaha, a nonprofit that was focused on advocating to make Omaha a great place for young people and getting young people actively engaged. Gerstandt and Lauritsen built a network of young people and conducted many focus groups through their efforts with The Matrix and Next Generation Omaha. Out of this, the reality that there was a need to give a voice to the younger generation and create a forum between young people and the city’s leaders was born.

Gerstandt and Lauritsen reached out to Lou Berger, who was president of The Greater Omaha Chamber at the time. Perhaps, due to their backgrounds in sales, they were fearless in going straight to the decision-maker with their pitch. The men knew that the Chamber was in a unique position of being an integral and accessible part of most things in the city. Berger agreed to meet with the duo and spent nearly an hour discussing their proposal. They later found out that was a rare amount of time for Berger to allot for such a meeting. Shortly after this meeting, Lauritsen received an invitation to join a committee that the Chamber had formed because it wanted to start an initiative that would get more young people involved. As a member of that committee, Lauritsen met Kelly Gering and Lynda Shafer, who had been actively involved with the Chamber. Gering was the first person tasked with keeping the group of young, passionate and strong personalities engrossed and forward-moving. Shafer was brought on due to her 18 years of hard work with Leadership Omaha. Shafer took an approach that she explained as, “This is the moment!” She played a major role in helping the group get input from community influencers such as Nicole Brown, Jim Esch and Craig Moody, to name a few. Shafer’s fun and creative ways of enticing young people to attend the early meetings included a simple, yet brilliant idea of offering beer and guacamole. Shafer said, “Who doesn’t love beer and guacamole?” The committee held several brainstorming sessions and focus groups to learn what the young professionals of Omaha wanted and needed to live, work and thrive in the city. This early committee birthed the idea of forming a Young Professional Council and brought about the terminology that we use to describe workforce members of the youngest generation.

In 2003, The Greater Omaha Chamber accepted applications from local, young professionals to become members of the first Young Professionals Council. Among those who were selected were Gerstandt, Lauritsen, Gering, Shafer and Julie DeWitt. DeWitt had been involved with a project that was called All About Omaha, another professional social group focused on helping young people connect and have an impact on Omaha. The founding Young Professional Council members voted for DeWitt to become the first chair of the group. Being the chair also gave her a seat on the larger board of The Greater Omaha Chamber, making her, by far, the youngest board member at that time. DeWitt shared that the experience was a bit intimidating … at first. Having a group that consisted of so many passionate and strong leaders, things got heated from time to time during meetings of the original Young Professional Council. There were differing views and beliefs on which direction the council should go and how it should get there. Some council members believed it was necessary to be vocal and impose the will of The Young Professional Council on the rest of the Chamber. Lauritsen described himself and the other council members who thought this way as “Dynamite in the Pond.”

“We had a big chip on our shoulder, early on,” Lauritsen said. “Julie did a great job of managing the politics of working with a bunch of young renegades. I didn’t appreciate her then, but in hindsight she was a great leader.” By all accounts, DeWitt did a solid job of taking the information she received from the sometimes emotionally charged YPC meetings and delivering it to The Greater Omaha Chamber in a way it could understand and get behind to provide support. This diplomatic approach was a big part of the reason why the original Young Professional Council got great results from its efforts.

The Young Professional Council has evolved to take on a life of its own. It sprouted from the ideas of a few young mavericks and a Chamber board that wanted to get young people actively engaged. It survived a rocky, and very emotionally charged beginning. Through diplomatic efforts, the Young Professional Council went on to create the Young Professional Summit and many other events and initiatives. In 2005, the first Young Professional Summit launched as a conference and has since grown to attract nationally known keynote speakers. The YP Summit is a gathering of roughly 1,500 local young professionals who are passionate about gaining the knowledge, network and skill-set to make a positive impact on Omaha. An event of this magnitude not only allows young people to connect with one another, but it also shows the community the influence that young professionals have.

We make efforts to learn about the history of things to better understand what they are today and what they will become. In 2019, The Young Professional Council of The Greater Omaha Chamber is made up of 25 bright and eager young professionals, including Victor Cassone of D3 Banking Technology and the founder and host of the Inside Omaha podcast. Cassone became a member of the YPC in 2018 and described it as a great way to connect with people who are passionate about making positive changes in the community.

Conversations with members and new initiatives such as C.O.D.E. (Commitment to Opportunity, Diversity and Equity) make it clear that the Young Professional Council is still very much focused on driving for positive and lasting change. The C.O.D.E. Initiative came about after research in 2015 showed black young professionals were nearly six times less likely to recommend Omaha as a place to live, work and thrive compared with their white peers. The Greater Omaha Chamber and Young Professional Council took this information and made a call to action. The C.O.D.E. Initiative encourages local businesses and organizations that are passionate about diversity and inclusion to make a commitment to elevate everyone and provide opportunities to all.

The groundwork has been laid for The Young Professional Council of The Greater Omaha Chamber to play a leading role in making Omaha the example of what a city can do when it not only acknowledges but embraces and supports the efforts of its young professionals. Gerstandt hit the nail on the head when he explained how the experience had an impact on him. “It was incredibly important to be a part of a movement with people, not all of whom I liked or agreed with, that actually got results,” he said.

We don’t have to create an echo chamber in which we collaborate with only people who think and act in the same way. The community is optimistic about how new initiatives such as C.O.D.E. will be the first action steps that will launch Omaha years closer to becoming the best city for young professionals to live, work and contribute. After all, the people who are young professionals today will be the leaders of our fair city tomorrow.