Home » News » Educator Tackles The Other 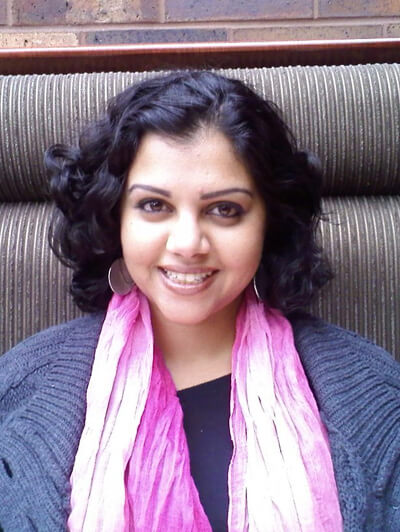 Pearson, now with the Avenue Scholars Foundation, continues her advocacy work among kids struggling with identity and self-esteem. As a persecuted Indian-Muslim minority in her native post-colonial Kenya, and as an immigrant of color in America, she knows first-hand the discrimination that comes with being The Other.

On Saturday, Pearson, 33, will reunite with former students at the Bookworm, 8702 Pacific Street, to sign copies of In My Shoes, a book the teens wrote about their real life challenges and secret hopes.

Published by WriteLife, LLC of Omaha, it features stories by 45 students from two of Pearson’s English classes. This collaboration with Allison Rose Lopez and the Omaha Young Writers Project includes a foreword by Erin Gruwell of Freedom Writers fame. Omaha artist Watie White did the cover art. Lopez was the editor.

Students attended workshops led by Pearson and were assigned mentors from the community.

“The kids decided they wanted hope to be the theme,” says Pearson, a mother of two. “What gave them hope in their lives, what brought them to senior year when so many of them never thought they would make it. They also wanted to break stereotypes about kids in South Omaha and at South high. They knew they wanted to change people’s perceptions of who they were.”

“It made the kids cry, and some of them refused to write anything down,” Pearson says. “They said they’re scared to hope for anything because it’s not going to come true.”

For a time, it didn’t appear there would be a book.

“A lot of them wanted to give up half way,” she says. The kids stuck it out and their published stories pull no punches. “They have a lot of really hard things to share about what’s happened in their lives. Because of those hard things we didn’t put each student’s name with their story.”

The process was an awakening for many. Some students have since been published in local literary journals. Jesse Ortiz is an example. “When we started, he told me poetry is for girls, English is stupid, and I should just kick him out of class because he’s kicked out of every class, and he’s going to drop out anyway,” she said. “Well, he’s been published several times now. He wrote the poem at the front of the book. He also wrote his own story.” Ortiz graduated and is considering college.

Pearson experienced an awakening of her own when she left Kenya for America to become the first in her family to attend college. At Gustavus Adolphus (Minn.) she met her husband, Dan Pearson, and was exposed for the first time to writers and educators of color. “It kind of blew my mind. I realized when we don’t represent the lives of our students in the curriculum what we’re telling them very explicitly is that nothing you have gone through is valid and has anything of value.”

In My Shoes reflects her intellectual emancipation and coming-of-age journey in claiming her identity.

“That’s why I love the fact we wrote this book and why I’m teaching the Freedom Writers diary, because it explicitly tells kids, ‘you’re worthy.’ Otherwise, you’re devaluing an entire culture, race, religion, and what you’re telling students is that those people are not worth mentioning. It leads to ignorance and hate. So I think literature has a power.”

She says systematic, institutional, psychological, emotional, physical discrimination against gay, lesbian, bisexual, transgendered individuals “makes this the new civil rights movement and this needs as many people to fight for it as possible.” She was the faculty adviser for South’s Gay Straight Alliance Club; she brought GBLT literature to the classroom, as she now does at Ralston High and UNO, where she teaches an anti-bias human relations course.

She admires the courage kids display coming out and the compassion kids exhibit protecting peers from bullies. She’s crushed when harassed teens take their own lives. She says GSA is a haven for those with no place to turn.

“When everyone around you tells you there’s something wrong with you, that you’re disgusting, that you’re going to hell, that everything you’re feeling is not normal … when you’re in danger of being kicked out of your house or your church or your circle of friends. And then you find out there’s this one room and this one group of people that will love you and accept you for whoever you are, no matter what, that’s hugely powerful.”

As an Avenue Scholars talent adviser she works to keep high-hope and high-risk teens in school and on track for college. Meanwhile, she’s organizing a second book, Breaking the Silence , written by GBLT youths across Nebraska.

The book can be purchased via writelife.com.