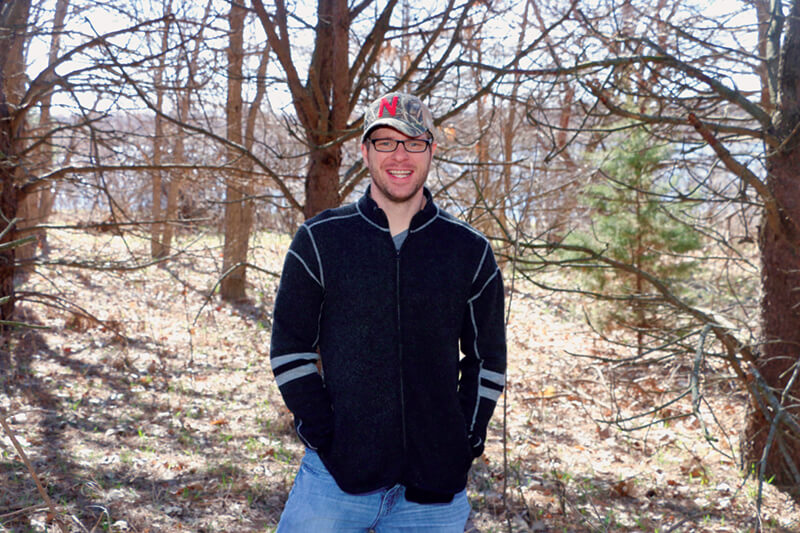 “I have been encouraged that there’s been some interesting discussion going on before this next legislative session begins in 2017.”

He said this is the first time he can remember jumping into a preliminary hearing in which state senators as well as representatives of different organizations and government agencies from all sides of the political spectrum got together to talk about what can be done in the state of Nebraska to deal with climate change.

There was no hesitation, just focused discussion.

“I know the legislature is working in a bipartisan fashion right now to try move some things in Nebraska that can help with environmental issues,” he said.

Christensen said we should be hearing more about those ideas in the coming months and that he was looking forward to that.

“And there is a piece in this package that I am a little bit more familiar with that has been more focused on trying to make Nebraska a more competitive state when it comes to solar development,” he said.

As Christensen explained, the state is currently regulated in such a way that only allows a program for a small portion of the people in Nebraska. Specifically, there’s a cap on the amount of energy you can produce and sell back to the utility and that is covered by the net-metering law.

“That cap only allows for a 25 kilowatt maximum. After you hit that 25 kw max, if you want to develop more, you lose that one-to-one offset and everything goes back to what the utility calls an Avoided Cost Rate. This very low rate discourages individuals who want to develop solar arrays larger than 25 kw,” he said.

According to the Independent Energy Producers Association, “Avoided Cost” is essentially, “the marginal cost for a public utility to produce one more unit of power. Because Qualifying Facilities reduce the utility’s need to produce this additional power themselves, the price utilities pay for Qualifying Facilities’ power has been set to the avoided, or marginal, cost.”

Christensen doesn’t feel this is right and is discriminatory against middle and larger-sized businesses out there that are trying to do the right thing regarding the climate change issue.

One of the key questions Christensen believes will be in front of the legislature this year is whether or not we can raise the net metering cap. Another focus area is whether we can have a program for those larger energy users that helps them be a part of the solution to environmental problems.

This would include businesses in Omaha as well as other larger businesses around the state, including mid-sized farms.

“With the natural resources we have here in Nebraska, we should definitely be on the front lines in the battle of climate change. And, of course, reaping the economic rewards for doing the right thing. It’s all there if we can just clean up our policy a bit,” said Christensen.

He said early conversations have been very encouraging. There has been a lot of discussion about how a little bit larger business and larger farm operations included could really be a driver for the state.

Christensen described the current system for residents to develop solar energy as “adequate.” But he said we are going to need more focus on how to make that choice a little bit more efficient and attractive.

“If we want to be a leader in the state, we have to allow communities as a whole and businesses to develop in this way and lead the way,” he said.

Many larger businesses in Omaha are getting orders from their boards as well as executive leadership telling them that they are going to be implementing solar energy into part of their program.

“We need to learn about it. This is the future and the time is right for the conversation. It doesn’t matter what your political leanings are because there’s a piece of this for everyone,” he said.

Christensen said solar development offers the state a chance to create a new business industry that is focused on doing the right thing. He’s happy that these early talks seem to be moving in the right direction with that mindset.

There is a positive future for energy. Nowhere is this clearer than when you look at the markets for fossil fuels like coal and natural gas versus renewables. The price of fossil fuels keeps rising while renewables continue to go down as the process for creating renewable energy becomes more efficient and less expensive.

The good news is that most of these decisions regarding renewable energy are being made at the state and local level versus the federal level. And Christensen reminds us that the utility boards will also dictate a lot of what happens at the local level so there probably won’t be a lot of direction coming from the federal government regarding how businesses, farmers or homeowners develop solar energy on their respective properties.

Christensen said we are extremely lucky in Nebraska to have such an abundance of natural resources in our state. For his part, Christensen said he thinks a primary focus in the state needs to be making sure we are in the position to find a new market that would incent farmers to raise their commodities in a way that is more sustainable and easier on the environment.

“Markets like that encourage farmers to implement practices on their farms that are scientifically proven to reduce greenhouse gases,” he said.

This is not really a new conversation. In fact, there were serious talks about this idea going back to 2005 and 2006. At the same time people were talking about Obamacare, there was also a robust climate change conversation going on.

“At that time, this would have created new markets that allowed farmers and businesses to participate and take advantage of incentives for doing the right things. The way we figured it out, it would have created a billion-dollar industry in the state, primarily through the sequestration of carbon and storage of it into the ground.

The U.S. Forest Service describes carbon sequestration as, “The process by which atmospheric carbon dioxide is taken up by trees, grasses, and other plants through photosynthesis and stored as carbon in biomass (trunks, branches, foliage, and roots) and soils. The sink of carbon sequestration in forests and wood products helps to offset sources of carbon dioxide to the atmosphere, such as deforestation, forest fires, and fossil fuel emissions.”

Christensen said a lot of farmers and ranchers around the state are trying to do the right thing. But he knows if there were a market-based program that Nebraska could participate in and take our agricultural practices to the next level, there would be a lot of opportunity for the state as a whole.

Not only that, but he believes it would have a powerful impact on the climate change issue.

“I haven’t seen any legislation coming forth on that,” he said. “This has been part of the discussion at a few of the hearings though, and I think we are just starting to scratch the surface and revive that conversation.”