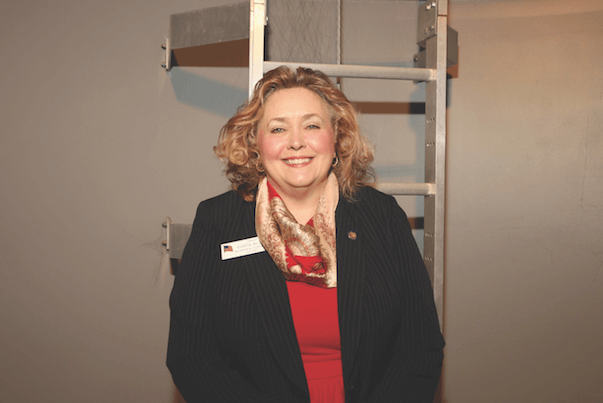 The legislature has a lot they’re trying to accomplish in the next few months. Among the mix of other bills they are working on, Senator Carol Blood and Senator Tony Vargas both have pieces of legislation that are meant to encourage energy efficiency.

“The size increase will help our middle to larger-sized businesses, like a big family farm or a working farm, as well as smaller businesses that are doing electrical contracting work in rural areas,” Blood explained.

She said the current net metering level is outdated and discriminates against some of the rural mid-sized businesses that would like to participate in solar development but really can’t afford the cost to the benefit right now because it’s capped.

“So we want to increase the cap from 25 kilowatts to 100 kilowatts,” said Blood.

Though it’s a good first step, Blood admits it’s not the end all, be all solution to addressing the problem.

She said what it will do is allow for the aggregation of electrical meters, so if you’re a corn or soy bean farmer and the conditions aren’t such that you can put a solar development in the middle of your field, you could develop a larger solar system on your farm and use some of that energy to offset other costs, using the excess energy to run things like pivot irrigation systems.

“Using the extra electrical load to run other systems would help them justify the cost. But if we don’t raise the cap, farmers cannot justify solar development financially,” she said.

Net metering refers to the net difference between the power people generate from their solar arrays and what electricity they actually use. In some cases, you can lower your utility bills or receive a negative power bill, where the utility company would pay you for the excess energy you generated.

“And that is one of the reasons we want to raise the net cap. Regardless of the rate utilities pay for power generated by your solar units, net metering will make the solar costs more affordable and offset the costs of your rooftop panels. You have to be able to justify what you’re doing and being able to generate that electricity and use it on your farm in a way that offsets the large cost of solar energy,” said Blood.

That’s because it’s certainly not cheap to put in solar panels. 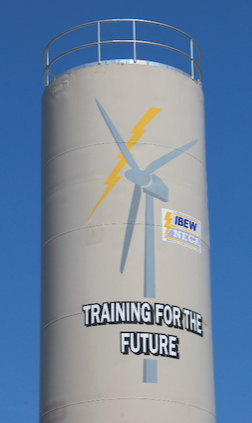 Blood explained that being capped at 25 kilowatts means if you generate more kilowatts than that through your solar array, currently you cannot sell that excess energy generated back to the utility.

“They’re trying to prevent you from utilizing the full potential of the energy you’re generating,” Blood said.

She said Nebraska utilities are starting to step up to the plate but there’s a long way to go, “If you think about it, it is supportive of what Governor Ricketts wants to do, make our state friendlier to new businesses and that’s one of the things this bill does do.”

For his part, Senator Vargas would like to hasten the funding process for those who would like to undertake energy efficiency projects. He’s doing that through his bill, LB 352.

“Essentially, at a really high level, we are trying to speed up processes for certain tax credit programs that are in effect so people that are applying for financing aren’t being hampered by timelines. We want the Department of Revenue to be able to speed up processes and get them the funding they need,” he said.

Vargas would like to see people be able execute and work on energy efficiency projects in a meaningful timeline. He explained that this directly relates to these people’s livelihoods and their jobs.

“I’m trying to make the processes quicker so they can get their projects going,” he said.

Anyone that qualifies for the specific tax credit for solar energy is eligible to apply for funding.

Vargas thinks it’s great that bills are being introduced that are trying to provide tax credits to opportunities that are going to help Nebraska. Some of them talking about clean energy and some of them solar energy specifically. The issue is that those who are investing in those areas, that are trying to do the work, and trying to make Nebraska more sustainable, aren’t able to finance the work.

He feels the government is slowing down progress, “We know that’s jobs for small businesses and that the longer timeline is also hard on people waiting on the products.”

Vargas said the state has to keep up with the times and realize there are unintended consequences that come out of the new things that are introduced and that includes efficiency.

“And that’s what this bill is about. We want to improve efficiency so we can make sure people are able to finance great projects,” he said.

Vargas cares about the environment and said he used to be a biology teacher so he believes that climate change is very real.

“As far as our state goes, agriculture is a very big piece of industry. So it’s really important to find ways to take care of our land. If we aren’t preserving it for future generations, then we are really doing a disservice to Nebraskans,” he said.

One way to do that is to ensure that projects that are trying to create energy sustainability across the state keep moving forward. He said the sooner they are completed and working properly, the sooner we can have proof points across the state that are showing people this is the way we can actually create good economic development while also taking care of our state and environment.

Blood said next session she will likely be bringing a bill forward that addresses the condition of our waterways. She said for now, there is an interim study underway to help educate individuals and build support for the bill.

“We have a huge issue when it comes to chemicals in our waterways. And even though the problem starts in central Nebraska, the pollution ends up in eastern Nebraska. I encourage people to look at water reports from places like MUD. If you do, you will find scary high rates of things like nitrates in our water,” she said.

She said if we are bringing big businesses into the state that are located next to our waterways, then it’s important to figure out what we can do environmentally to filter the waters to prevent these kinds of chemicals from getting into the water we drink, bathe with and wash our clothes in.

“In Kansas, they have had some success using indigenous plants and trees by those types of companies that act as natural filters to keep their waterways clean. And that’s what this interim study is in reference to,” she said.

The legislative session ends on June 2nd. Status of bills is available online at NebraskaLegislature.gov