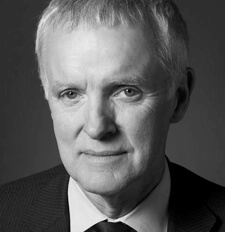 Bob Kerrey is a decorated war hero who has served Nebraska’s office as senator and governor, but this year he’s looking to connect with young people more than ever.

Same-sex marriage continues to be a major social issue in this election. Kerrey is definitely for same-sex partners, and he believes gays, lesbians and transsexuals are born that way. Kerrey went further and said, “Gay people are not a threat to the sanctity of marriage. Divorce is a threat to marriage.”

Kerrey said most young people don’t care what your sexuality is anymore. “We need to stop this division within our communities, especially between the young and old.” The candidate also said Nebraska is not an easy place to be gay, so why would somebody choose that in such a state?

The economy of the country as a whole is in trouble and we have known that for a while. Kerrey has a few plans to get Nebraska on track, and the plan also incorporates young crowds. “Young people want opera, symphony, concerts….culture,” Kerrey added.

He believes Omaha should continue developing areas like Benson and the Film Streams area. There is urban development going on in those places, which could create jobs, Kerry speculates.

Legalizing marijuana is also a touchy problem we’re facing today. Some say it should be medicine while others want it legal for everybody. Kerrey thinks the most practical way would be for the FDA to regulate it. Kerrey is not opposed to its medicinal uses, especially for veterans. Yet the candidate admitted there isn’t enough push in Nebraska to expect legalization any time soon.

Running for senator is never easy, especially when your opponent makes unfair jabs at you. Yet Kerrey did some digging of his own.

It turns out Deb Fischer is caught up in a land dispute with her neighbors in Valentine, Nebraska. However, Fischer is trying to play it off as a boundary dispute. Kerrey said court documents clearly show it’s the Fischers trying to encroach on their neighbors’ land.

Many people need jobs, and many immigrants keep coming into Nebraska. Kerrey knows there are about 30,000 undocumented immigrants in Nebraska and that skilled workers should be granted visas so they can be interlinked with the workforce somehow.

Social media has changed the very nature and core of political elections. Kerrey believes it makes finding information and stances on the issues much easier and more organized. Twitter and Facebook allow people to share views and discuss them; they enable younger people to become informed and choose what news sources they digest.

Finally, Kerrey definitely supports religious freedoms. The basic principles of America are based on Christian values, but Kerrey adds that many other great religions have similar teachings and we shouldn’t dismiss one another.