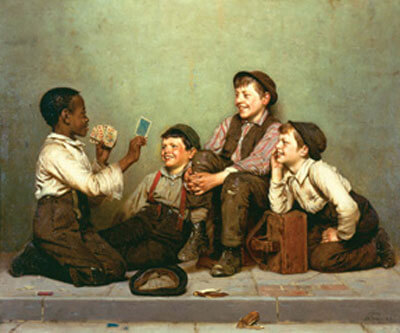 Crete, located in southeast Nebraska, is a town not unlike many other rural towns. It faces an increasing immigration population and a burdened education system. And, like others, it’s scrambling to find ways to handle an influx of students and parents who don’t speak the language.

What does make Crete different is the lack of picket lines, protests and media coverage. The town has taken on a new philosophy: be inviting rather than tolerant.

“I become frustrated when I hear people talking about tolerance,” said Crete Public Schools Superintendent, Kyle McGowan. “Because it sounds like you have a rock in your shoe or something.”

A new documentary follows one Nebraska town as it tackles the issues of immigration and education in a whole new way. Facing language barriers among other challenges, Crete Schools is trying to integrate immigrant students and their families—and a new multicultural community is emerging.

Six Hispanic Crete High School students are on the frontlines of change in the film When We Stop Counting, showing this Tuesday, August 9 at Film Streams, followed by a panel discussion led by co-director Elisabeth Reinkordt. Children of immigrants from Mexico, these students take on the pressures of their families to pursue the dreams of an American education.

“We wanted to have two parts,” said co-director Brent Meier, “One, the student stories to humanize these issues…and then also have administration and expert scholars to interpret laws and policies that fall in the education system.”

“Public schools in Nebraska work,” McGowan said, “the public system works, but you have to be able to access the system. We’re telling people how to go after the American dream. And the American dream starts with education.”

Standing in the way of that American dream, according to McGowan, is language. He said if you bridge the language gap, you can start to close the graduation gap. Before, he faced a 77 percent graduation rate among Hispanics, compared to 90 percent among whites. In Crete, half of the population is Hispanic, and many work for Crete’s largest employer, the agro-business Farmland.

“There is a misconception, at first, that these are people who are here temporarily or who are not interested in being part of the community,” said Reinkordt. “When really, the truth is not only are they interested in investing in the community and having their children in the school—they’re learning English.”

Meier said the expectations are immense for these students. “For a lot of them, the pressure’s on a little more,” he said. “Their parents brought them to become something, and when you’re carrying that in your backpack, you have a little more determination, a little more perseverance.”

Francisco Padilla, 18, was one of those children. He is a former student of Crete High School and one of the students followed in the film. A native of Guadalajara, Mexico, he said his family worked hard through his childhood to bring him and his sister to the United States.

“My mom has always told us that she wants us to get a good education and that should be our only job,” said Padilla, “and that’s what my sister and I are doing. She tells us we have to get good grades, and go to college and get a career so we don’t have to work as hard as she is right now to support a family.”

Padilla graduated earlier this year and is heading to the University of Nebraska-Kearney this fall to study pre-pharmacy. He credits Crete’s English classes for allowing him to flourish in the United States.

The screening for When We Stop Counting will be held at Film Streams, 13th and Mike Fahey, Tuesday, August 9. The film starts at 7:00 p.m. and will be followed by a panel discussion led by co-director Elisabeth Reinkordt.  Call 933.0259 or visit filmstreams.org.