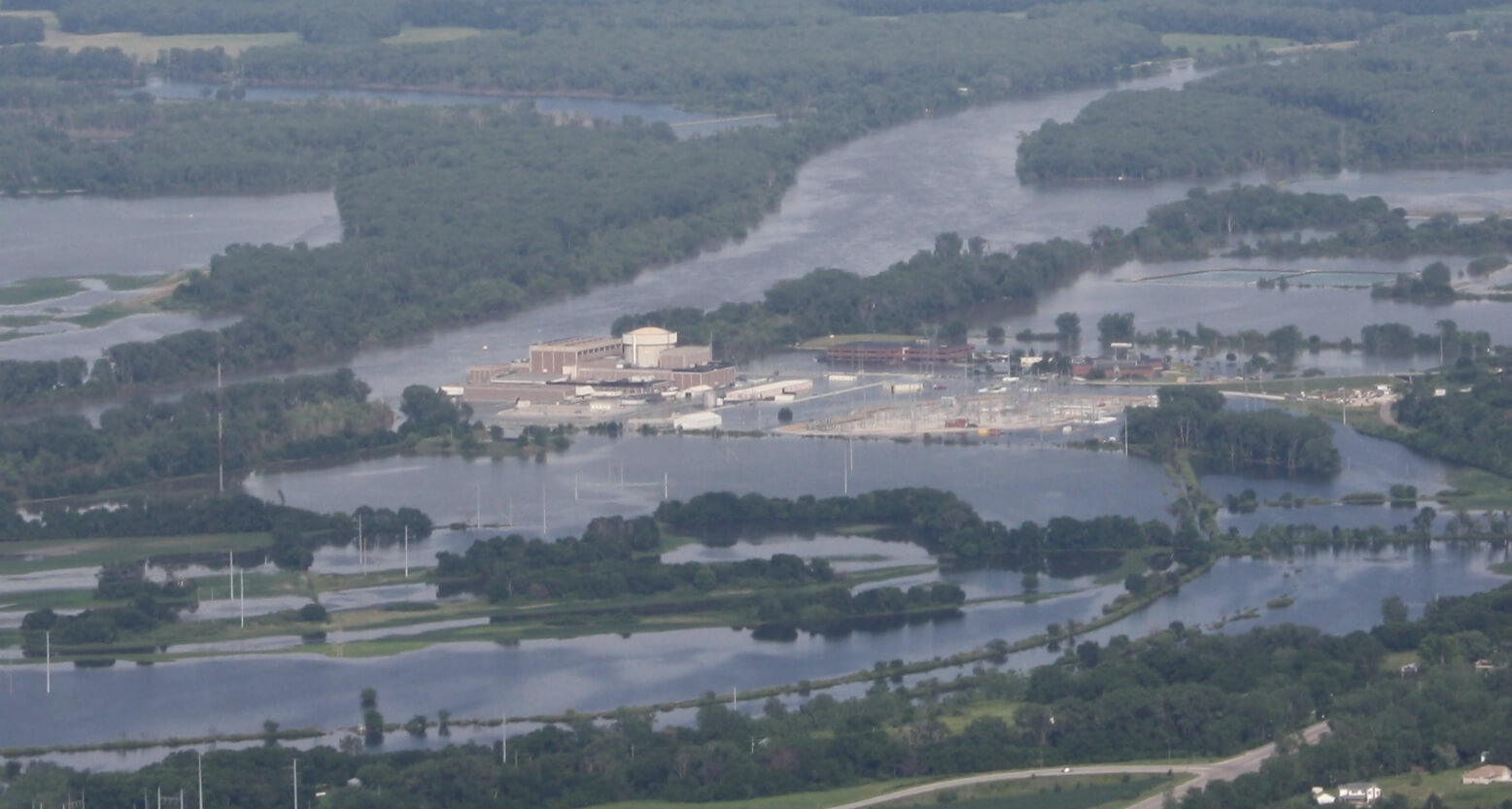 On December 13, 2011, the Nuclear Regulatory Commission put Omaha Public Power District’s Fort Calhoun nuclear power plant under special oversight — the first plant in 10 years to be placed under such close supervision. The finding was due to significant operational concerns and the crisis caused by the historic flood of 2011. Fort Calhoun cannot go back online until it completes a comprehensive restart checklist.

Next Tuesday, on July 17 at 6 p.m. at the Double Tree Hotel in downtown Omaha, OPPD executives and regional staffers from the NRC will hold the fourth meeting since January to update Nebraskans on progress toward a restart. On the agenda are the results of an anonymous and voluntary survey of plant workers, many of them newer employees, intended to identify lapses in safety culture. The survey is part of the restart checklist and its details have not previously been discussed in the local meetings.

At the last public meeting on April 4 at Blair High School, OPPD managers shared a stage with NRC Region IV staffers. OPPD gave powerpoint presentations focused on the work they had done to repair the extensive flood damage and inspect and improve systems and processes. The plant manager briefly mentioned that the ground under the plant was studied to determine if floodwaters had affected soil stability. A full technical explanation of the causes of the breaker fire was given, with an admission that it wasn’t an accident. The fire resulted from faulty design, sloppy workmanship, poor maintenance and earned Fort Calhoun a “red” finding by the NRC inspection team. OPPD described the work done by the firm Exelon to help them improve and expand their knowledge of how other nuclear facilities are run. The executives expressed confidence in their ability to return Fort Calhoun to excellence. The NRC tried to steer the discussion away from technology to the cultural issues that lead to poor performance reviews.

Afterward, there was little time for audience participation, but most of the questioners were critical of OPPD. Referring to the number of issues sited in inspection reports, Wallace Taylor, legal counsel for the Sierra Club of Iowa, asked the NRC, “With all the problems OPPD had, for years before the flood, how can you possibly continue to let them operate this plant?” Subsequently, Taylor wrote a petition to the NRC on behalf of the Sierra Club requesting that they shut down Fort Calhoun permanently, indicating he might file a lawsuit if the plant reopens.

The backstory on OPPD’s descent can be found on the special NRC webpage devoted to Fort Calhoun. The 72-page transcript from a meeting on February 22, 2012 details OPPD CEO Gary Gates, chief nuclear officer David Bannister and division manager for nuclear engineering John Herman’s meeting with the five commissioners of the NRC in Washington along with four NRC staffers from Region IV who regularly inspect Fort Calhoun.

What the transcript from Washington shows, what was not aired at the April 4 meeting, is some soul searching by OPPD executives, in front of their peers, about the human factors that put the plant into a disgraced state.

There was no dressing down of OPPD executives by the NRC in Washington. Commissioner William Magwood seemed to have difficulty even saying the words. “And so I guess — when I look at this, you know, I think it’s — you know, I think that you — I think you’ve been saying this in different ways as this got started, but this really isn’t — this isn’t about the flood, it’s not about the fire, it’s about the organization, it’s about the safety culture at Fort Calhoun.”

OPPD spoke candidly about personnel issues and the high percentage of new employees operating their plants. Older engineers are being replaced by well- educated and well-trained graduates with little practical experience, a nationwide trend. On the technical side, OPPD’s Herman conceded that engineering often did not complete all the critical action items they knew they had to repair. “If you don’t have a way of going about methodically fixing problems, then any list of actions to take is just — it’s not worth the paper it’s printed on,” commented commissioner William Ostendorff.

Former NRC Chairman Gregory Jaczko questioned why the Region IV inspectors did not arrest problems at the plant sooner. They wrote critical inspection reports, year after year, but problems continued to mount instead of being addressed.

The NRC required that OPPD hire an independent consultant to survey the employees at the plant to determine how the safety culture devolved in order to formulate a plan for changing it. The survey, by the firm Conger & Elsea, was completed in May. Their root cause analysis was presented to OPPD in front of NRC staffers. “We have taken the results of the survey and are working toward make changes to our safety culture,” said Jeff Hanson, manager of communications strategy and technology at OPPD.