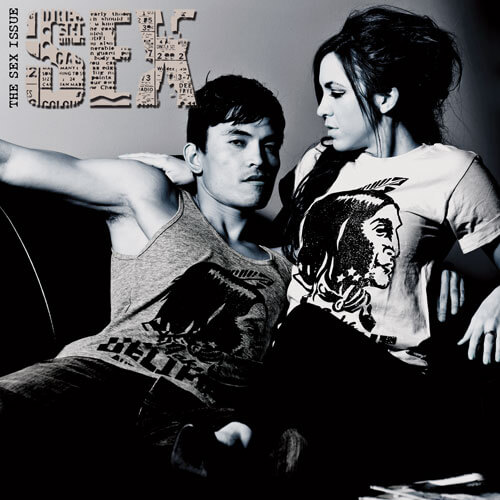 At the Nebraska University Medical Center, the human sexuality course was only three years old, and at the University of Nebraska-Omaha nothing was offered at the graduate level, though an undergraduate course had just been added. It was more than ten years later, in 1986, when the Omaha Public Schools assigned a task force, safely named “human growth and development,” to recommend a sex education curriculum still used, though updated, today. It included a minority report arguing against such teaching and for “absolute moral authority,” urging “at a minimum” that sexuality programs be elective. The minority won that point, so in 2012 parents still can opt their children out.

Meanwhile, epidemics of STDs (sexually transmitted diseases) and teen-age pregnancy have raged here and across the land. Enthusiasts for “American exceptionalism” face the fact that we stand out for our nationally high rate of infant mortality, but especially locally among African-American women in the north-northeast neighborhood of Omaha.

Alarming statistics make it harder to find flat-out opponents to argue that all sex education should be left to parents or the playground. The head of a faith-based pregnancy service asserted that northeast Omaha has the highest infant mortality rate in the nation and that we’re 67 percent higher than national norms in STDs. Doris Lassiter, a leading advocate of abstinence education, emphasized that 80 percent of African-American babies are born out of wedlock. According to data from the Douglas County Health Department, those statistics are overstated and out of context, so it isn’t just Planned Parenthood that raises red flags of warning to promote the spread of accurate information.

–With the U.S. recording one of the highest teen pregnancy rates in the industrialized world, more than 80 percent of the 750,000 annual pregnancies for ages 15-19 are not intentional.

–Only about half of pregnant or parenting teens graduated from high school compared to 89 percent for others.

And more than 90 percent of parents believe sex education in schools is “very or somewhat important.” Similar percentages believe birth control and other methods of preventing pregnancy are apt topics, and that students should know how to use and where to get contraceptives. A smaller number, 75 percent, support offering a “fair and balanced” view of sexual orientation.

The new standards differ most from the OPS curriculum in dealing with HAM. In eighth grade, HIV/AIDS appears in the context of STDs, without any reference to homosexuality. The national standards call for defining HIV, how it’s transmitted and how to prevent it by the end of fifth grade.

Why do Omahans, and schools in Lincoln and elsewhere live on a HAM-free diet? Karen Spencer May, supervisor of Family Consumer Sciences for OPS, says, “We’re confined by the community. We follow a curriculum from the community deciding what issues should be taught.” In other words, they’re inhibited by the influence of religion, specifically the Catholic church and the Christian Right. That does not mean that the church neglects sex education.

“We don’t oppose sex education,” says William Beckman, director of Evangelization and Catechesis for the Omaha Archdiocese, “but we don’t call it that.” They teach chaste living, and Beckman provided a 2008 Catholic document on chastity which listed temptations to sins of “varying degrees of gravity.”

The church, of course, opposes abortion, contraceptives and homosexuality, and the “Virtues of Chastity” declaration hinted at some subtleties beneath the moral stance. We’re told that the “existence of homosexual tendencies is not sinful,” but homosexual acts are. Same-sex marriage is not only declared wrong and sinful, but the document puts both gay “unions” and “marriage” in quotation marks, apparently to suggest illegitimacy.

As for contraception, it nods to the knowledge that a high percentage of Catholics use them by noting it “has become such a commonly accepted practice that many choose to engage in it without any reference to the moral aspect of their actions.”

Monsignor James Gilg, superintendent of Archdiocesan schools, reminds that “the parent is the primary teacher, but we need some way to address it in schools.” If students pose questions on inappropriate topics, “teachers are told to deal delicately and make sure they give the church position.”

Given the recent history of sexual abuse by priests, it’s not surprising that the church has a manager of Victim Outreach and Prevention, Mary Beth Hanus, who guides Circles of Grace. Superintendent Gilg described it as a program for the youngest children, and Hanus called it the only aspect of sex/chastity education in schools that doesn’t allow parents to opt kids out.

She corrected her point, adding, “Well, they can opt out but 99 percent don’t.” Without going into the differences, this program has its counterpart in the new national standards. They call for teaching children how to say “No” and how to talk to a trusted adult if someone is touching them in a way that makes them uncomfortable.

In a realm where differences sometimes dominate, there seems to be broad agreement on protecting little ones with minimal information. The OPS task force offered guidelines for touching or improper touching by the end of third grade.

Everyone, from Planned Parenthood to OPS to the Archdiocese, leads with abstinence. Everyone talks about how to say no to sex and the risks involved in sexual behavior.

The split often comes when it comes to condoms and other birth control methods. By the end of eighth grade, the new national standards add, “Describe the steps to using a condom effectively.”

OPS, however, deals with condoms and other options as “family planning methods appropriate for families.”

A 2006 sex education task force from a wide range of experts argued that “presenting contraception as only appropriate for married couples is neither realistic nor is it effective in reducing adolescent sexual activity.”

The rise in teen pregnancy and STDs, particularly the presence of HIV, has posed challenges to faith-based opposition to education. “I just marvel that anyone would believe that avoiding sex education would avoid problems,” says Nancy Foral, executive director of Essential Pregnancy Services, a Catholic response to abortions and Planned Parenthood. Two of their three sites are next to services that refer or provide abortions, near 93rd and Maple and on Mission Street in Bellevue.

But when Foral says, “We definitely support sex education in schools,” she cites WAIT, an abstinence program that she calls “a very good one.”

She seeks balance, explaining why she didn’t opt her own children out of Millard schools “really good program.” She faces daily the realities of clients dealing with pregnancy, and since 2003 EPS tests and treats STDs.

Such testing also takes place at the University of Nebraska at Omaha.

“I’m one of the sinners who brought birth control to the UNO campus…though UNL and Kearney already had it,” says Marcia Adler, campus health director. She also talks to middle school and high school students in this “whole different world of kids raised on TV shows like Teen Pregnancy.”

Ms. Adler also introduced STD testing at UNO, but the state health department visited to take support away due to lack of positive tests. “The day they came I had my first positive,” and she laughs to recall, “I ran out to the parking lot” as they were leaving and said, “Somebody’s got Chlamydia.”

Now the most positives found in the metro come from UNO and the Douglas County Youth Center, according to Adler. When dealing with STDs, she isn’t censored at Marian High or Creighton Prep, but doesn’t talk about birth control there.

The range of educational efforts to fight risky behavior is so extensive that all facets can’t be covered here. The YWCA received a $l million grant to teach the WAIT abstinence program. Baby Blossoms Collaborative, a consortium based with Douglas County Health Department, does its educational best, along with other approaches, to fight infant mortality.

But controversy still stifles information. Dr. MaryBell Avery explains that the teachers she guides in Lincoln Public Schools are limited by a school board policy to avoid those issues where society hasn’t reached a consensus.

One difference: Lincoln schools make use of Planned Parenthood health educator, LeeAnn Pancheon. She was hired to focus on the schools, to supplement what they do. She can pass around contraceptive methods, use fingers to show condom use.

Lincoln also allows parents to opt their children out, but few do. “Teachers trust me. I can answer questions about abortion matter-of-factly. Nobody gasps when I tell them abortion is an option, then move on.”

In other words, she’s not forced to ignore that reality.

Even at the new Planned Parenthood facility, with protesters outside carrying a sign denouncing “Murderers,” the professionals inside show signs of the fear that stifles the flow of knowledge. When asked about what after-school groups she speaks to, educator Mariel Harding was hesitant to name them. “I talked to a group yesterday, young teens,” and dealt with some confusion about sperm and eggs. She wouldn’t identify them without the other organization’s permission.

After repeated requests for some names, Harding and Allen decided that it was okay to mention Girls, Inc.

And, of course, they work behind locked doors in these polarized times. Progress may be defined in many ways. Doris Lassiter, who generates grants for abstinence-only education, promises that it works. Studies differ.

We can pin our hopes on absolute moral authority and push purity and chastity without contraception. Meanwhile, more teen-age pregnancies lead to more poverty and more infant mortality, and STD’s continue to take their toll.