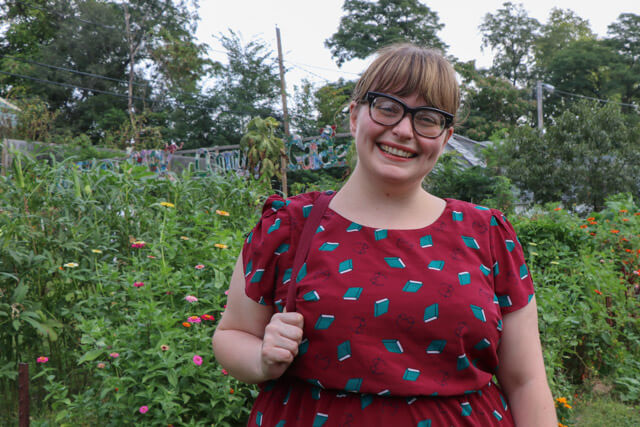 What is a state auditor?

Jane: A state auditor is basically what you’d expect from the full title: Auditor of Public Accounts. The auditor (and their staff) is charged with ferreting out financial waste, abuse, and fraud in state offices. Some of the more high-profile audits that have been in the news recently include Nebraska’s child protection services, and our state college system. This is a constitutional office, and is part of the executive branch, which also includes governor and lieutenant governor, treasurer, attorney general, and secretary of state.

Jane: Two words made me interested in this position: Charlie Janssen. I’ve been following his career ever since he was on the Fremont City Council about ten years ago, when Fremont passed the infamous ordinance making it illegal to employ or rent to undocumented immigrants within the city limits. Janssen leveraged that notoriety into taking his uncle’s seat in the state senate, where he introduced legislation to pass a statewide RealID act. He also introduced a bill to repeal neonatal care for undocumented immigrants [here’s the link if you want to add more about that: https://nebraskalegislature.gov/FloorDocs/103/PDF/Transcripts/Health/2013-03-21.pdf ] thankfully neither of which passed. But that’s the kind of legacy this man wants to leave–anti-immigrant, anti-woman, and anti-justice. In December of this year, I learned that Janssen was running unopposed for his second term as auditor, a position without term limits. I looked at my life, examined my feelings, and said, “Why not me?” So I filed.

Since then, I think the public has become more well-acquainted with Janssen. The revelation that he is barely in the office in favor of 2-pitcher lunches wasn’t particularly surprising to me, though.

The OWH has referred to you as a “part-time library specialist” somehow I feel there’s way more to you than that.

Jane: Yeah, the “part-time specialist” thing rankles a little bit. Up until recently, I was working two jobs, one at the library and one at a Montessori school. I pared it down just to the library to focus on the campaign and my home life. Full-time jobs at the City are competitive, but luckily working at the library is basically a dream come true. In my free time, obviously I’m a big reader, mostly nonfiction and children’s fiction (I’m currently reading “The Princess Bride”). I’m also pretty active at my church, Trinity Episcopal Cathedral; where I do nursery and teach Sunday School. I’m a millenial, and like a lot of my peers, I’m out here trying to make it work on two or more jobs, and still trying to make a difference in the world.

Your opponent is a incumbent, what sets you part from him?

jane: The main thing that sets me apart from the incumbent auditor, or frankly any of the other members of the executive branch… where to begin? I’m a woman, I’m a Democrat, I’m a millenial. None of those six positions I listed earlier have been held by a woman in a decade, and if I were elected, I would be the first millenial, ever, in that group of six. Janssen is on the lower end of the age range among those officials, and he’s 47 years old. Not to mention, as a Democrat and an independent-minded person, my value set basically couldn’t be more different. Furthermore, Janssen is a Republican first and an auditor second, and has leveraged his office to enact Ricketts’ “family values”-style governance. The auditor is SUPPOSED to be an independent office, and that’s what I’d like to see it restored to.

As a Nebraskan, what do you value? /what do you thing our state values? How will you reflect that?

Jane: When I think of what I value, the first thing that springs to mind is our state motto: “Equality Before the Law.” I come from pioneer stock, and am a fifth-generation Nebraska resident (and Burt Countian). I was raised to believe in what I think are pretty traditional Nebraska values: work hard, don’t make extra work for other people, and treat everyone with respect. Right now, politics-as-usual in Nebraska reminds me of a line from Orwell’s “Animal Farm”: All animals are equal, but some animals are more equal than others. That kind of attitude, whether it’s explicit or implicit, goes against everything I hold dear. I know I am not alone.

As an Omahan, running for a statewide spot, what do you want your potential constituents to know about you?

Jane: What I want Nebraskans to know about me is that I think I’ve seen a little bit of everything. I’m from a small town and a farming family, but I’ve lived in Omaha for ten years. I’ve worked in homes as a domestic worker, in private schools, on a reservation, and now for the City. I’ve lived, worked, eaten, and visited pretty much every pocket of Eastern Nebraska, and this campaign has given me the chance to push outside of my usual bubble, to go further into the state and find out that, at the end of the day, everyone is working for pretty much the same set of goals.

What’s the biggest challenge you face?

Jane: The biggest challenge I face is running against a white male Republican incumbent. The odds are against me, but as we have recently learned in the news, he is his own worst enemy.

What can Nebraskans expect from Jane Skinner, state auditor?

Jane: I don’t have a lot of big, sexy ideas for the office of the auditor. If it works the way it was designed to work, the office output seems really great. It’s when the auditor him/herself gets bogged down in petty partisanship or attempting to legislate from the executive branch that we seem to run into trouble. I want to be an auditor who is honest, who puts in 40 hours a week, who prizes innovation in methods, and doesn’t pass the buck