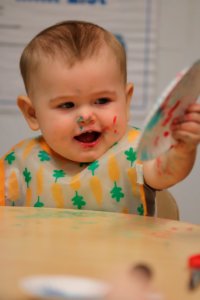 It is midmorning in Miss Chelsea’s classroom. Time to paint.

The eight infants and toddlers in Chelsea Perry’s class at Omaha’s Child Saving Institute get out the paints and some large Lego blocks and begin to stamp their papers with swirls of color. These budding Picassos range in age from 9 months to 3 years. As they paint, they are being helped by three adults — two teachers and an assistant — who constantly speak and listen to them, offering the sort of meaningful one-on-one attention any parent would want for his or her child.

The kids lucky enough to be in Miss Chelsea’s class do an art activity nearly every morning, as well as activities that build their motor skills, improve their ability to work together and test their creativity.

They sing songs, dance dances, read books, learn how to share, learn how to use their words to ask nicely, play with a purpose and dozens of other things that prepare these tiny Omahans for their futures.

“At some other places I have seen, what they do is fulfill that child’s basic needs. (They) just make sure the children are changed and safe,” Chelsea Perry tells me during a rare moment of classroom calm. “What we’re doing here is setting up the educational foundation for the rest of these students’ lives.”
It is heartwarming to stand in Miss Chelsea’s classroom, because decades of research and your own two eyes tell you that the kids in her class love it here.
And it is also a little sad to watch Miss Chelsea’s class, because the truth is that thousands and thousands of Nebraska children simply do not have access to the type of quality early education Chelsea Perry is giving her pint-sized pupils. 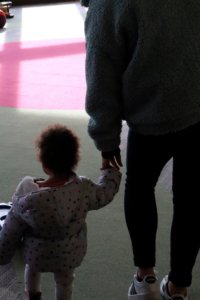 A series of barriers block many of our state’s kids from getting the type of early childhood education that could help them become better grade school students, better high school students and more fulfilled adults.

These barriers stand despite the fact that, in public opinion polling, Nebraskans stress how important early childhood education is to them. A whopping 67 percent of Nebraskans said in a 2016 Buffett Institute/Gallup survey that the state should make early education a higher priority than it is today.

And thousands of Nebraska kids are blocked from classes like Miss Chelsea’s despite the fact that the more we understand about brain development, the more we understand that the early years really matter. We now know that 90 percent of a child’s brain growth takes place before his or her 6th birthday party. We know that early learning directly correlates with better third-grade reading and math scores, which directly tie to higher high school and college graduation rates, which directly tie to better jobs.
We know all this. But we still aren’t giving a massive number of Nebraska kids their own Miss Chelsea.

A growing group of Nebraskans is working to change that. During the past three years, a serious coalition of stakeholders, including State Sen. John Stinner, University of Nebraska leaders, state board of education members, early childhood experts, rural advocates, leaders in business and philanthropy and teachers and caregivers have banded together and started the hard work to understand and help solve this early childhood conundrum. In January, this Nebraska Early Childhood Workforce Commission will release its findings and suggest a path forward for early childhood education in this state. Commission members want to make 2020 the year we devote ourselves fully to this problem.

But Nebraskans ourselves need to understand this conundrum, too. We need to grasp it, because if it’s going to be solved, we’re going to have to help solve it.
So what, exactly, is our early childhood conundrum? 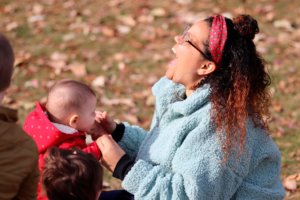 Let’s start with the price of high-quality child care. It’s often staggeringly high. On average, it’s more expensive to put your infant through a year of child care than it is to pay a year of your 19-year-old’s college tuition. Child care gobbles up a fifth of the average Nebraska family’s total budget. It strains the finances of even affluent parents while pricing out many middle-class families who simply can’t afford it.

It’s a massive source of stress and distress. Ask parents with young kids about the monthly bill from their child care provider and watch their faces redden, their jaws tighten, their eyes bulge.
You might assume that the eye-popping price tag would at least benefit Nebraska’s early childhood workforce by providing its teachers a good salary.

You would be wrong. Nebraska’s early childhood professionals with a bachelor’s degree make a median annual salary of $22,870. That’s right: Even with a college degree, the standard salary is barely above the federal poverty line for a family of four. This, in turn, prompts woefully underpaid early childhood teachers to flee the field in alarming numbers.
That rampant turnover is hurting our kids. That woefully underpaid early childhood teacher fleeing the field could in fact be the most important teacher of your child’s life.
And the revolving door leads directly to some serious child care shortages in Nebraska. Almost every county in the state lacks the number of child care slots to meet current demand. Eleven Nebraska counties don’t have a single licensed child care provider. Eleven.

This obvious, red-blinking-light problem — massive costs to families on one hand, inadequate salaries to the early childhood workforce on the other and the resulting lack of high-quality care for kids — doesn’t just matter to parents and teachers.

It matters to taxpayers, because research by a Nobel Prize-winning economist says the money we aren’t spending on high-quality child care actually costs us far more money down the road on special education, social safety net programs and even prison cells.

It needs to matter to all of us, because both brain science and economics research suggest that making affordable, high-quality early childhood education available to every Nebraska family is one of the best ways to make our state’s future better than its present.

The Workforce Commission’s report will address possible fixes for this problem, including a stronger funding base for all types of high-quality early childhood education, better pay for teachers and many ideas about how to grow and strengthen the workforce so that more Nebraska kids get their shot at high-quality education from an early age.
But maybe the most important solution starts with a mind shift. Maybe Nebraskans, all of us, need to see early childhood education and those who provide it as every bit as important as grade school, high school and college.

It is 11 a.m. in Miss Chelsea’s classroom and, on an unseasonably warm November Tuesday, that means it’s time to go outside. The students pull on their boots. They halt for a moment and sit together on the carpet as a 3-year-old sings a heartwarming rendition of “The ABC song,” and the younger kids, led by Chelsea, clap and do hand motions. Then they tromp out to the playground.
Except it isn’t a playground. It’s an outdoor classroom. There is a garden where the kids grow vegetables for lunch and plant flowers that attract butterflies. There’s a fountain where the kids learn about water. There is a stage for performances and safe, wooden “treehouses” meant for exploring. There are spots for digging and a paved track where the 2- and-3-year-olds ride tricycles.
A few times a year, Miss Chelsea’s class douses the small hill in the center of the outdoor space with water. The kids turn it into muck, and then they celebrate “Mud Day” with mud slides and mud pies.

“They are always asking, “Is it Mud Day yet?’” Chelsea Perry says while standing at the center of a swirl of outdoor activity. Two kids are digging together in a sand box. Another is throwing leaves into the air. Another is hula hooping. Their teacher smiles. “‘Not yet,’ I tell ‘em. Soon.”

You only need stand with Chelsea Perry near Mud Hill for a few moments and watch her with her students to understand something simple. To recognize something profound.