Home » News » Nothing to be Done 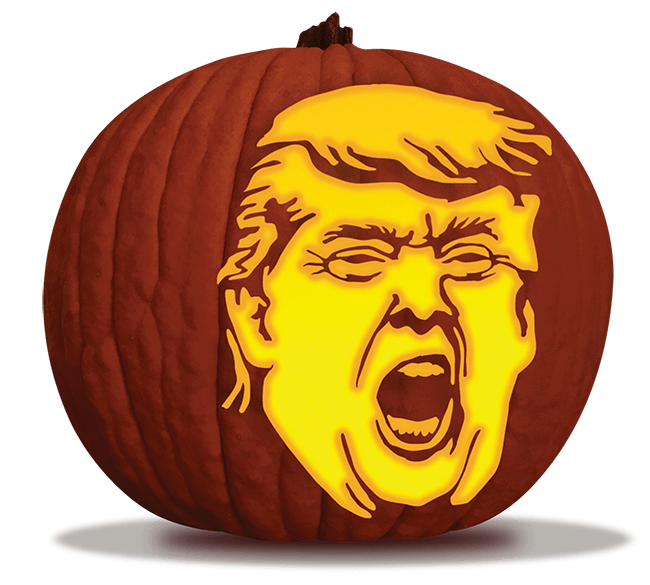 Never in the 22-year history of The Reader have we officially backed a candidate for president.

Yeah, I know what you could be thinking at this point. Not exactly holding your breath, are you? An endorsement of Democratic nominee Hillary Clinton coming from an alternative publication such as ours? Big surprise, huh? What else, you may ask, would one expect from most any player in our world, the alt-media print realm that leans reliably left anyway?

No, the oddity at work here is not who we are endorsing, but the fact that we feel compelled to do so at all. The stakes are just too high in 2016 to do nothing, to remain silent.

Such endorsements are traditionally the shtick of daily newspapers, and this election season we find ourselves in strange company as conservative newspapers are tripping over themselves in a rush to line up behind Clinton.

The Arizona Republic, founded in 1890, is backing a Democrat for the first time in its history. The Cincinnati Enquirer is bucking a nearly century-long run of endorsing Republican nominees. The Dallas Morning News made Clinton the first Democratic nominee in more than 75 years to win that paper’s nod.

And these are not merely tepid, lesser-of-two-evil pronouncements. These newspapers are thoroughly trashing Trump in the process.

“In the end, it was an easy decision because of watching Donald Trump throughout this election,” said Nicole Carroll, the Arizona Republic’s editor and vice president for news. Hillary Clinton has the temperament and experience to be president,” the board wrote. “Donald Trump does not.”

The paper with “a deep philosophical appreciation for conservative ideals and Republican principles,” continued in describing Trump’s lack of control as a real threat to national security.

Not to be outdone, the conservative Cincinnati Enquirer called the Republican nominee a “clear and present danger to our country.”

And then there’s failed 2012 Republican nominee Mitt Romney. He told Time magazine earlier this year, “This is an individual who mocked a disabled reporter, who attributed a reporter’s questions to her menstrual cycle, who mocked a brilliant rival who happened to be a woman due to her appearance, who bragged about his marital affairs, and who laces his public speeches with vulgarity.”

Speaking of fidelity, can you imagine the reaction from the right if Trump and Clinton’s convention roles had been reversed? Can you picture the “family values” hue and cry if Hillary Clinton celebrated her balloon drop on stage with five children sired by a revolving door of three different men?

How else can one explain a Republican Convention devoid of its standard bearers when both living former Republican Presidents (the Bush father-son tandem) and its two most recent nominees (Romney and Sen. John McCain) decided to sit things out along with the convention’s unofficial host, Ohio Republican Governor John Kasich?

Hold on a sec. Time for a change in direction here. This piece was originally conceived as having its main body be an extensive laundry list, a chorus of Republican voices crying out for sanity to prevail in selecting the next occupant of the Oval Office.

But it probably doesn’t matter. No, not in the least. I’m probably just wasting ink here.

That’s the truly maddening thing about the 2016 race. It doesn’t matter. Nothing matters. Common sense has been tossed out the window. If the Republican base won’t listen to their own leaders, why would they listen to The Reader?

This piece is being written immediately after the first debate and before the release of major polls other than those that showed Clinton as the clear winner in the historic debate witnessed by almost 80 million Americans. The more important polls, the ones that matter (or do they?), the ones that show if the needle moved in voter preference in the immediate aftermath of Trump’s disastrous performance, have yet to come out.

But I doubt that needle will budge very much. Trump’s singularly awful handling of that debate was one that would have slam-dunk disqualified virtually any other major party candidate in the almost 60-year history of televised debates, but I won’t be surprised if that matters not when the next round of polls are published.

That’s not how things work in the Trumpiverse, a fact-free dystopia where up is down, black is white and cats and dogs live together as Trump’s base eagerly anticipates every new tin-foil-hat conspiracy, a seemingly daily happening on Trump’s campaign trail.

How else can one explain the ugly rise of Trumpism?

How can one explain his crazy claim, for example, that he saw news reports on TV showing “thousands and thousands” of Muslims in New Jersey celebrating the 9/11 attacks as he promoted decidedly unpatriotic memes of hate and intolerance?

There I go again. Attempting to catalog the Republican candidate’s litany of lies, and they are legion, is also a non-starter with Trump’s peeps.

Just what level of cognitive dissonance does it take to hear him yammer on about Muslims celebrating what is arguably the most tragic day in America’s history? This isn’t ancient history we’re talking about here. Most people of voting age have visions of 9/11 seared forever into their consciousness. “Hold it right there,” Trump fans should be musing. “I think I would have remembered something as disturbingly monumental as seeing footage of thousands and thousands of Muslims rejoicing and ululating at a nation’s deepest pain.”

But no. It just doesn’t matter. None of Trump’s lies matter any more so than do his boorish, petulant, racist, nativist, incoherent, man-child ravings.

His race-tinged birtherism doesn’t matter. Nor does his calling Mexicans rapists. Or insulting women and minorities at every turn. Or attacking Gold Star families. Or claiming he had a great relationship with Vladimir Putin when, in fact, he had never met or even spoken to his strongman bro-crush.

For far too many of our neighbors, it doesn’t matter that Donald Trump is a clear and present danger to the safety and security of all Americans as a nation teeters on the brink of electing a man whose shadow could conceivably merge with those of some of history’s most notorious despots.

Samuel Beckett perhaps said it best in the opening line of Waiting for Godot. There is, quite simply, “Nothing to be done.”