Home » News » On the Wings of a Black Swan 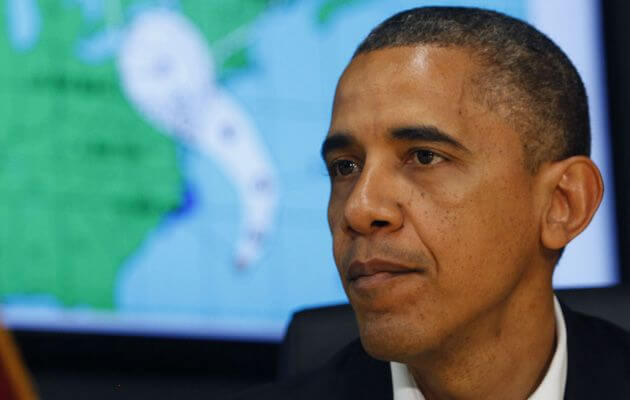 As that big bastard of a storm named Sandy (and god damn the marketing “genius” at The Weather Channel who came up with the “Super Storm Sandy” moniker) curls its tail across the eastern seaboard leaving millions without power and with waterlogged toes, we sit comfortably here in Omaha with forecasts for warm, dry weather in the coming days and contemplate next Tuesday.

I’ve spent the good part of the last hour flipping through pictures of SSS devastation on NYT.com and WSJ.com, staring at still photos of a teetering crane high above West 57th St., looking at security camera snapshots of geysers of water flooding subway tunnels and images of rain-soaked Lower East Side hipsters wading through hip-deep water in the dark. It’s difficult to write a column about next week’s election with my mind fogged by late-night CNN coverage of SSS and its stark images of a squinty, soaked Anderson Cooper burned into my brain, his rain poncho blown flat against his tiny porcelain face.

But the fact is that SSS and its lingering aftereffects will forever be linked with what happens next Tuesday at the polls. A once-in-a-lifetime natural disaster will ultimately cast the fate for this election. For Mitt Romney, the hope is that disaster will act as an all-encompassing news buffer that locks in place the momentum gained leading up to Nov. 6.

It’s undeniable that over the past two weeks, Mitt has generated startling momentum for a campaign that, before the first debate, was all but deep-sixed by everyone, including the most sensible members of his own party who realized shortly after the primaries that a Tea Party-powered Republican electorate had made a fatal mistake choosing one of the most unlikeable human beings in America as its candidate.

Then came Obama’s lethargic performance in Debate I and everything changed virtually overnight.

Suddenly Romney looked “presidential” and Obama looked confused, some might say disinterested. Solid performances in Debate II and Debate III by a desperate Obama couldn’t sway Mitt’s “big mo.” Polls even showed Romney making up ground with women voters, who have the most to lose under a Romney regime — inconceivable, yet there it was.

And then along came Sandy.

Obama’s campaign — which had been in a virtual freefall — suddenly changed course. National newscasts emblazoned with Super Storm Sandy graphics showed clips of Obama at the podium, calmly describing the situation, casually saying that next Tuesday’s election will work itself out, right now we’ve got a disaster on our hands. Obama’s formal campaign appeared to be over. It was now time to do some presidenting.

I watched as CNN showed a press conference where New Jersey Republican Governor Chris Christie yanked the pants off the mayor of Atlantic City for not following his orders and telling people to evacuate while there was still time. But before going to commercial, the network showed a clip of Christie saying he just got off the phone with The President, who wanted to make sure that New Jersey had everything it needed and that FEMA wasn’t giving the governor any problems. The moment said, “We’re going to get through this thing together — you, me and The President.”

And with that, people began to forget about Debates I-III.

As I type this, SSS — no longer a hurricane — continues to batter parts of New England as it snakes its way across the map toward Ottawa. I have little doubt that the storm and its aftermath will be dominating the news cycle throughout the weekend as power remains out for millions in New Jersey and Manhattan and analysts examine the impact of a prolonged closing of Wall Street on the world’s markets.

No one gives a shit about the election… right now. But as the tide recedes and NYC dries out, as the lights go back on and the subway system is restored, the media will begin to lose interest in “last week’s story” and will refocus on the election by analyzing 1) How Obama and the federal government responded, and 2) Romney’s suggestion back during the primary days that FEMA should be dismantled and that states should be responsible for the job of disaster relief.

No doubt Romney’s camp saw this coming and will backpedal on the statements, as Romney has done with every controversial conservative position he held prior to the debates.

MSNBC’s Chris Matthews, with his usual bombastic, melodramatic flair, called SSS a “Black Swan Event,” a term defined in Wikipedia as “a metaphor that describes an event that is a surprise (to the observer), has a major effect, and after the fact is often inappropriately rationalized with the benefit of hindsight.”

Alongside the Wiki definition was a gorgeous photo of a black swan with a bright red bill and one white tail feather floating gracefully in a pond. There is no denying its beauty.