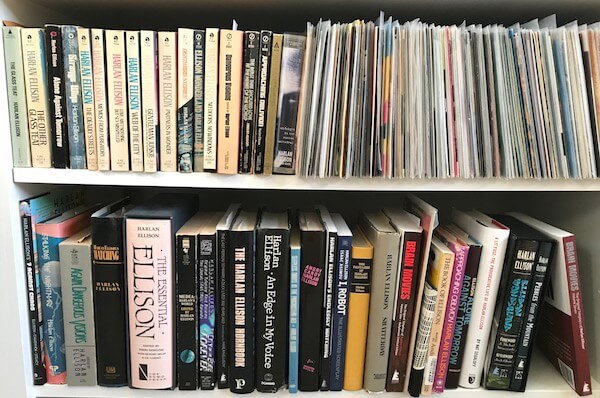 Aug. 1, 2018 — Well, no one shot me after last month’s Trump column, so that’s a good thing. This month is a mish-mash of random thoughts that aren’t likely to get me killed. Aren’t these fun times we live in?

First a bit of news that will be old news by the time you read this. The Sydney in Benson has changed hands.

The bar that was once the home of Mick’s (Who remembers those days?) became The Sydney in January 2009 with an ownership team that included Jamie Massey (who I knew from the bands Race for Titles and Ladyfinger).

On Aug. 1 a new team took over The Sydney, which is located at 5918 Maple St. I’d originally heard 1% Productions, who operates The Waiting Room and Reverb Lounge, was the new owner. “It’s not really 1% buying The Sydney,” said Marc Leibowitz, who is part of the 1% team, along with partner Jim Johnson. “Revamp (our real estate company) is buying the building and business. The New Sydney is Jim, myself and Jon Tvrdik.” Tvrdik is co-owner of Benson bar Krug Park.

Leibowitz said the new management isn’t planning on changing much at the bar, especially in the beginning. “We might replace the sound system and POS system, but no real overhaul,” he said.

So will 1% Productions book the live music at The New Sydney? “In terms of booking, we’re not sure yet,” Leibowitz said. “Zach (Schmieder) does a good job, and we want him to continue doing it. We might throw some shows down there.

The folks behind 1% Productions have had a busy year, and it’s only August. Along with their partner, KC’s Mammoth Productions, 1% received approval from the La Vista City Council in late June to build a new indoor/outdoor music venue on South 84th St. The mega complex will include a music hall and a massive outdoor amphitheater, all set to open some time in 2020. With the fairly recent additions of both the Baxter and Ralston arenas in southwest Omaha, some wonder if they can pull off building a third entertainment complex in the area, but if anyone can do it, it’s 1%, who was the key to Benson’s revitalization.

And then there’s the Maha Music Festival, which this year expands to two days — Aug. 17-18 at Stinson Park in Aksarben Village — and which was booked (as it always is) with the help of 1% Productions.

With Weezer as the headliner, this year’s festival seems a tad mainstream, like something you’d see at Stir Cove or the Qwest Center, and no doubt will result in record ticket sales. It’s unlikely bands like Tune-Yards or U.S. Girls or local act David Nance Band — all acts on the bill I’m interested in seeing — are driving ticket sales. You’ve got to hand it to Maha for keeping a handful of cutting-edge indie rocks acts in their annual festival line-up.

Speaking of cutting-edge indie rock, these days, my primary vehicle for new music discovery is satellite radio station Sirius XMU. The channel boasts a rotating playlist that includes indie pop, indie rock and unsigned artists such as Courtney Barnett, Father John Misty (who’s playing at Maha) and Arcade Fire. Spotify is another music discovery source, and among the second quarter 2018 artists getting spins in my VW are Decemberists, Beach House, Sam Evian and Natalie Prass.

All those artists’ latest releases are chock full o’ tuneful, mellow rock songs that are anything but cutting edge. In fact, Sirius has another station called “Yacht Rock” that showcases ’70s mellow-gold artists like Leo Sayer, Ambrosia, Toto and Gerry Rafferty, as well as the godfather of Yacht Rock, Steely Dan.

Sirius easily could slip a Sam Evian, Father John Misty or Natalie Prass song into its Yacht Rock rotation, and no one would blink an eye, which has me thinking that we’re entering a new era of Yacht Rock, one that can be enjoyed by today’s hipsters and their aging hipster fathers (and grandfathers).

Finally… Harlan Ellison, my all-time favorite author, passed away in his sleep June 27 at the age of 84. He was one of the most celebrated science fiction writers of all time, having penned more than 1,700 short stories as well as episodes of TV’s Star Trek and The Flying Nun, and the 1976 feature motion picture starring Don Johnson called A Boy and His Dog.

Maybe his biggest contribution to the genre were the anthologies he edited —Dangerous Visions (1967) and Again, Dangerous Visions (1972) that shifted the landscape of science fiction by simply changing the rules and allowing authors to focus on the human aspects of speculative fiction rather than rockets and gadgets — or at least that’s my take.

I liked his short stories, but I love Ellison’s essays. He broke new ground in television criticism with the 1970 collection of columns written for the Los Angeles Free Press called The Glass Teat, which was followed a few years later by The Other Glass Teat.  While the topic was television from the viewpoint of someone working in the TV industry, the books were more about Ellison’s keen observation of life in El Lay (as he called it) during those hippie-dippy ’70s.

But for me the two masterpiece essay collections were 1984’s Sleepless Nights in the Procrustean Bed and 1985’s An Edge in My Voice. This column was heavily influenced by those two books.

It is impossible to read Ellison’s essays and not absorb his rhythm, syntax and style. His is a voice of measured anger bordered by reason, sarcasm, intelligence and wit. I spent a good chunk of my college years emulating Ellison’s writing style before figuring out my own.

News of his death knocked me off-kilter. It wasn’t unexpected. He had a ferocious voice until he suffered a stroke a few years ago that doused the flame.

It’s one of the symptoms of getting older — watching your heroes die — and for me, Ellison was the first to go. But as I type this I can look directly to my right, in my office, and remember him by the shelves of books filled with his words.