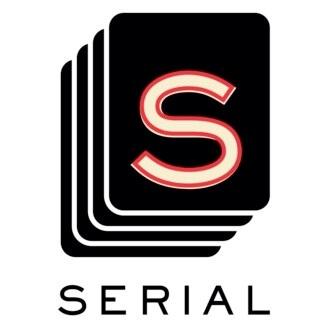 Season 3 of the Serial podcast is under way and it’s (once again) engrossing and addictive while it shines a much-needed light on issues that are frustrating and appalling.

This time listeners will be enlightened at Serial‘s deep look inside the Cleveland judicial system that also will leave them disgusted at the racism, incompetence and outright graft that seemingly permeates the halls of its justice center. And then they’ll wonder if it’s like this everywhere else.

First, some background on Serial. The podcast series, developed by the folks who brought you National Public Radio’s This American Life, was all the rage among the in-the-know crowd when the first season launched in the fall of 2014.

Waitaminit, before we even get to that, for those of you living in a hollow tree who still proudly carry a flip phone, I should explain that “podcasts” are downloadable audio programs and/or series that you listen to either on a smart phone or via the web. I don’t have the time nor space to explain how it all works, only to say podcasts, which have been around for a decade, continue to be red hot for long-form story-telling in this micro-attention-span era where 280-character tweets are considered extravagantly verbose.

Fun fact: The average number of weekly unique users who download NPR podcasts rose from 3.5 million in 2016 to 5.4 million in 2017, according to NPR data.

Back to Serial. The series launched in 2014 with a 12-episode story that investigated the murder of an 18-year-old Baltimore high school student, and the case surrounding her ex-boyfriend, Adnan Masud Syed, who was found guilty of the crime despite facts that seemed to prove otherwise. Serial may well have helped Syed get a new trial.

During the height of Season 1, people feverishly waited for Thursday to roll around, when the next weekly episode became available for consumption. Serial Season 1 was downloaded more than 80 million times, and you can still download and become engrossed in the story today.

Season 2, launched in the fall of 2015, was somewhat less engrossing but no less impactful. It investigated the case against Army Sergeant Bowe Bergdahl, who had been charged with desertion after being held in a Taliban prison for five years. Listeners not only heard a dissection of the case but received a new understanding of what it was like to be a U.S. soldier in the Afghan war. Season 2 was honored with an Edward R. Murrow Award.

And now Season 3, which began Sept. 20. This time host and executive producer Sarah Koenig is telling a different twisted story every week about people lost in the justice system by way of the Cuyahoga County Court, located in the Justice Center in beautiful downtown Cleveland.

Episode 1 follows attorney Russ Bensing as he provides a defense for “Anna,” a woman charged with assaulting a police officer. It’s kind of a “he said she said” story underscored by security cam and police body-cam footage that appears to exonerate Anna. Through the hour-long episode we not only learn the ins and outs of misdemeanors, felonies and plea deals, but how something so obvious can be interpreted a dozen ways, especially when cops and lawyers are involved.

While Episode 1 was mildly unnerving, Episode 2, titled “You’ve Got Some Gauls,” left my floored. It examined the sentencing practices of colorful Judge Daniel Gaul, who, in one instance, told the person he was sentencing that if he had a child out of wedlock during his probationary period he’d send him to jail. Unconstitutional? Uh, maybe.

But that was only the tip of the Gaul iceberg. Koenig and fellow reporter Emmanuel Dzotsi, give more examples of how Gaul pressured people into plea bargains, acting like a judicial Monty Hall (for the young folk, Monty was the host of gameshow Let’s Make a Deal, which in many ways, resembled Gaul’s hearings).

Things get much darker with Episode 3 — the story of Erimius Spencer, a man beaten by two police officers in the hallway of his Euclid apartment building. Spencer was kicked in the face, tased multiple times and arrested for a misdemeanor pot possession charge. The seemingly obvious police brutality led to a civil case by Spencer, the outcome of which will leave you angry and frustrated.

Episode 4 is the heart-wrenching story of a murdered child, a man falsely accused of the crime, and the moral quandary faced by the dead child’s father, who thinks he knows the real killer.

Episode 5 examines the role (and power) of prosecutors, how plea deals are made and a murder trial where security camera footage again plays a central role.

Episode 6, the most disturbing so far, takes place in the urban decay of East Cleveland — a story of extreme police brutality and false imprisonment that borders on kidnapping and torture. According to testimony, the defendant/victim, Arnold Black, was punched so hard by cops he required brain surgery to drain fluid and blood from his skull. That surgery wouldn’t take place until after Black spent three days in makeshift holding cell/broom closet with no food, water or toilet. Black’s crime was, well, there was no crime. The made-up charges in the case were dropped.

But wait, there’s more. Lot’s more. And this is only Episode 6.

After listening to each episode, I checked the web to gauge public outcry. I figured the fine citizens of the City of Cleveland would be marching down to the Justice Center with torch and/or pitchfork in hand, but no. There has been little, if any, coverage online about what Serial is reporting. Is it because the cases, in some instances, are a year old and there are newer horror stories happening in the Cleveland courts?

Or is Cleveland just waiting for the “other shoe to drop.” With at least a half-dozen episodes left in Season 3 (as of this writing), the city may be holding its collective breath to see what horrors Serial uncovers next. I know I am.