Home » News » Over The Edge » Don’t Call It a Comeback 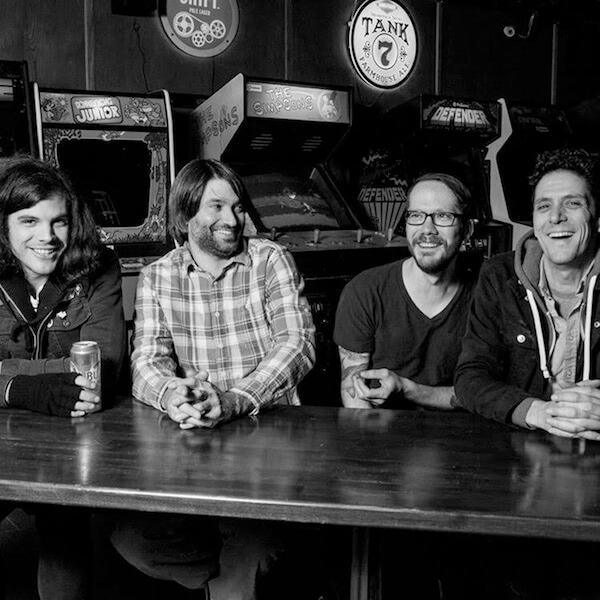 Little Brazil is back with a new album that, in my humble opinion, is their best ever.

I write the above without any explanation assuming you and everyone else knows who Little Brazil was, is and will be. Because if you live in Omaha, listen to indie rock and know even a scintilla about the local music scene it’s virtually impossible to not know about the band and its history over the past 14 years.

With frontman Landon Hedges and bassist Danny Maxwell at its core, Little Brazil was always in the conversation as the “next big thing” during the mid-2000s when Saddle Creek Records bands were international commodities and Omaha was being heralded as the “New Seattle” by the likes of the New York Times, Rolling Stone and every publication that followed college music.

The band hit the ground running in 2004 with its debut LP, You and Me, released by former Omahan Mike Jaworski’s Mt. Fuji Records. It was followed by Tighten the Noose in ’07, also on Mt. Fuji, and Son in 2009 on Kansas City’s Anodyne Records. The line-up for those last two featured drummer Oliver Morgan and guitarist Greg Edds. In addition to becoming a staple on Omaha stages, Little Brazil toured the country both as an opening act and headliner.

What kept people coming back was Little Brazil’s sound — part indie, part emo, part punk and unmistakably Nebraskan. Or as I wrote in my first feature on the band way back in 2004: “What gives Little Brazil a leg up on the plethora of indie competition is Hedges’ love for basic melodies, great guitar lines and his strange, childish warble.” No one sings quite like Landon Hedges, his high croon/wail cuts through the deafening wall of guitar, bass and drums like a 10 million lumen beacon through the densest fog.

Little Brazil was always on the edge of breaking through to the next level, but after a year of touring Son, the band hit a wall in 2010 in the form of another band — Desaparecidos. Hedges held a central role in Conor Oberst’s punk-rock side project that re-emerged from a long hiatus with the Concert for Equality. But Desa wasn’t the only reason for Little Brazil’s slowdown.

“I moved to San Diego in 2010 to be with my wife,” Hedges said over slices of pizza and beer at Virtuoso Pizzeria in downtown Benson alongside Maxwell and new guitarist Shawn Cox. “I got married and DMax got married the same year. There was a member switch and, yeah, Desa got back together.”

At the time, Little Brazil was in the middle of writing its next record with new drummer Matt Bowen and new guitarist Mike Friedman, but when Conor calls, you pick up the phone. Desaparecidos recorded and toured off and on for the next five years. “Little Brazil went from doing five shows a year to two and then one,” Maxwell said. 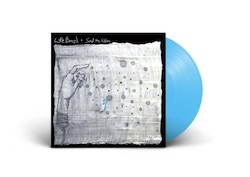 Then in 2015 after Oberst suffered a number of health-related issues, Desaparecidos came to an end. The following January Little Brazil entered ARC Studios with producer Ben Brodin and laid down the tracks for what became Send the Wolves, the new album that comes out June 1 on Max Trax Records (more on that in a minute).

The end of the last Desaparecidos tour is the subject of the first single off the album, “Making a Mess,” that features Oberst once again singing alongside Hedges. “We were sitting in the studio and I texted Conor, ‘You’re missing out on the dubious honor of singing on a Little Brazil song.’ He knew exactly what song I was talking about because Brodin had told him.”

Oberst walked over to the studio (He lives next door) and laid down his vocals. “It was the last song we wrote for the album, it was very special and it was nice that he sang on it,” Hedges said. The two-and-a-half-minute song carries the same energy as a Desparecidos song, with opening lines: “It feels like you’re making a mess / It seems that you’re walking away from something / That you don’t want to say or admit to.”

It’s not the only song on the album reminiscent of Desaparecidos’ style and energy, but instead of politics, Hedges writes about his life, from meeting his wife (“Wait for You”) to growing up in Benson (the infectious “Motorbike”) to his friendship with Maxwell. “This record is as honest as I’ve been on an album,” Hedges says, “and it makes me nervous to have the lyrics printed on the sleeve.”

The lyric sheet is a first for Little Brazil. Another first is releasing the album on vinyl. The label, Max Trax Records (maxtraxrecords.com) was the idea of Marty and Frank Maxwell, Danny Maxwell’s brothers. When Frank passed away unexpectedly in the summer of 2016, Marty and Danny launched the label as a tribute to their brother. Today, Max Trax is home to five bands including Little Brazil, with more on the way.

With the new record and new label also comes new personnel for Little Brazil. The aforementioned Shawn Cox has replaced Mike Friedman on lead guitar, while See Through Dresses’ drummer Nate Van Fleet has taken over behind the kit for Matt Bowen. The new line-up already is working on the followup to Send the Wolves, with plans to enter the studio soon.

Hedges and Maxwell will tell you they never had any allusions of making a living just playing music, and now in their mid-30s, they still don’t. “The motivation is just writing and creating new music with the guys,” Hedges said. “I’ll play music ’til the day I die.”

Little Brazil plays with Pro-Magnum and Eric in Outerspace June 1 at The Waiting Room, 6212 Maple St. Tickets are $8, showtime is 9 p.m. For more information, go to onepercentproductions.com