Home » News » Over The Edge » Fable of the Reconstruction 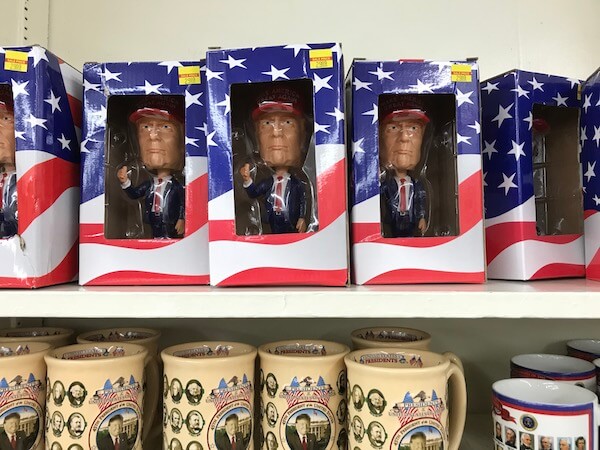 Some days I still wake up and can’t believe Donald Trump was president.

I remember feeling the same shock the morning after the election; that the whole thing had been a strange dream, that it couldn’t have happened. The feeling never left for all the years Trump was in office.

While it’s true that I’m a Democrat and would be described as a liberal by folks who know my political leanings, I never held a feeling of disbelief or dread or disgust when Bush 41 or Bush 43 was president. I may not have agreed with how they handled the country or the economy, but I respected their position as the elected leader of the free world.

That never was the case during the Trump years. I could be at work or out shopping or walking the dogs when out of the blue I would remember ‘Trump is president’ and shake my head in disbelief.

But now he’s gone. We waited him out, watched as the wreckage continued to pile up around us, knowing all we had to do was just get through those four years. And now we have. The old notion about politics is that it’s like an imaginary pendulum that swings from left to right and back again. But after the Trump years, the pendulum is forever broken. It has swung so far left it will never “right” itself.

Not only is Trump gone, but both houses of Congress have switched their majorities. The new president has the biggest mandate of any president in history, and she’ll need it. Just as Trump had spent his first two years doing everything in his power to erase all that President Obama had accomplished, the new president is quickly and decisively doing whatever it takes to repair the destruction caused during the Trump years.

One of the first steps was a series of presidential directives that righted all the wrongs done in order to “protect our borders” — reversing the Muslim bans, releasing incarcerated immigrants and reuniting immigrant children taken from their parents. We now, once again, welcome your tired, your poor, your huddled masses yearning to breathe free.

Next came the economy. Back in 2016, we knew whoever won the election — be it Clinton or Trump — would get credit for the Obama Economy that would follow. Sure enough, Trump pounded his chest about the country’s record unemployment and skyrocketing stock market, all the while doing his damnedest to reverse the progress by signing short-sighted, deficit-ballooning tax breaks, breaking long-standing trade agreements and enacting trade-war tariffs against every country, friend or foe.

Our new president no doubt will be blamed for the inflation and rising unemployment that has resulted from Trump’s protectionist trade policies — policies that will take years to reverse.

Her strategy to do so — a return to a pre-Trump era of diplomacy starting with beefing up the country’s depleted diplomatic corps. In addition, the new president is restaffing the countless agencies Trump desperately tried to shutter, from the Department of Education to the Environmental Protection Agency to HUD to the National Endowment for the Arts.

By restaffing the EPA and beefing up investment in science-focused agencies after years of actively dismantling science-based health and safety protections, the new president hopes to reverse the enormous damage done to policies designed to protect our parks, our environment, our workplace, our everyday lives.

In fact, on Day One, the new president announced that the United States had rejoined the Paris Agreement on Climate Change and would begin re-enacting measures designed to reverse global warming, something Trump said was a hoax created by the Chinese, a “hoax” that is now slowly covering our coastlines in rising oceans.

All of this healing isn’t cheap. Taxes are going up, up, up. Trump’s long-promised infrastructure spending that never happened can no longer be avoided as our roads, bridges, power and utility systems crumble around us. We’ll all have to pay dearly if we want to make America great again.

In the end, the one thing Trump did accomplish was to bring people together in a unified voice raised against him. Republicans who had tied their kites to the mad king eventually pulled themselves away, convinced they needed to reinvent a party that once stood for fiscal responsibility.

Rich and powerful business leaders who supported Trump knowing they’d benefit from his insane tax cuts quickly changed their allegiances when the tariffs kicked in. Besides, joining the new winning side was just good business. After any war or disaster, there always are riches to be made during the reconstruction.

By the end of the fourth year and after one last scandal, fundamentalist leaders no longer could turn a blind eye to Trump’s moral peccadilloes without themselves being accused of being hypocrites by their flocks.

But not everyone joined the chorus.

Trump’s biggest supporters and the core of his rock-solid base — the racists — never turned their backs on their leader. After his reelection defeat, they stoked the flames of conspiracy ignited by Trump’s ever-present Tweets. Clearly the landslide was the result of a successful deep state program, the same one that is now covered around the clock on the newly minted Trump TV Network.

The racists were there before Trump and will be there long after he’s gone. They were the ones who hated President Obama for reasons that were never quite clear, but that became vividly obvious. They went from being losers to being winners to being losers once again. They truly are this country’s forgotten people who we can’t afford to forget — or worse, ignore — or else we’re doomed to relive past failures once they find a new messiah.