Home » News » Over The Edge » Have Albums Gone to the Movies? 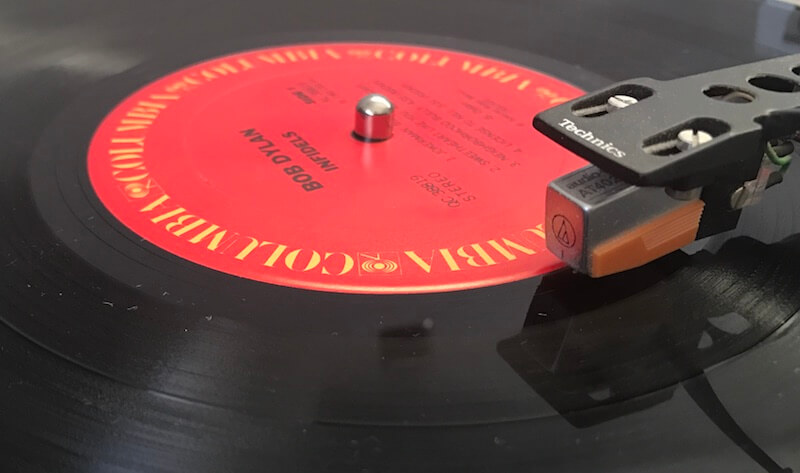 Along with cat videos and Trump memes, surveys and lists power social media, specifically Facebook, where every few weeks a new question emerges out of nowhere and is repeated endlessly on our newsfeeds.

The latest that scoured Facebook was a sequel on an old theme: “List 10 albums that have made a lasting impression on you as a teenager, but don’t think too long about it.” This column proves I can’t follow directions.

I couldn’t get the question out of my mind, and not because I was having a hard time coming up with the list. The music I listened to as a teenager was mostly inconsequential. It was the same stuff any rural Midwestern teenager listened to who only had access to AOR radio stations in the early ’80s. I wouldn’t hear the good stuff — the stuff that would stick with me for the rest of my life — until my college years in the late ’80s and early 90s.

Still, I’ll answer the question later in the column, so stick around.

For me, the bigger question was who was answering this Facebook survey. A casual glance at the dozen or so folks who posted their lists all were born more than a decade before the advent of Napster, back when people still listened to records. Among the clutter of responses from my 900 or so Facebook “friends,” nary a response came from anyone under the age of 28.

That’s because a vast majority of that generation of music fans doesn’t listen to albums; they listen to individual tracks on Pandora or on a Spotify playlist.  For them a better question: “What 10 songs have made a lasting impression on you as a teenager?”

A headline in SPIN last July declared: “2016, the Worst Year for Album Sales Since the Last One.” The article stated midyear 2016 sales data that showed the worst album sales since Nielsen started keeping track in 1991. Album “units” — which included digital downloads, CDs and vinyl — were down 13.6 percent compared to the same period in 2015.

Meanwhile, in that same period, listeners streamed 208 billion songs, a 58.7 percent increase. You see, it’s not that people don’t like music anymore, they just don’t consume it the way they did 20 years ago.

How 2016 ended sales-wise I’m not certain, though Mike Fratt, general manager at Omaha’s biggest record store, Homer’s Music in the Old Market, told me his store’s business was up 4.5 percent in 2016, driven mostly by sales of vinyl albums, which continue to see a boom. Fratt said vinyl sales rose a robust 18 percent last year, while his store’s CD sales slumped only 2 percent. Note: Vinyl costs a lot more than CDs.

Despite the national decline in album sales, there’s no shortage of new releases. In fact, it seems like more music is released these days than ever. One source said the number of albums and singles released had gone from about 40,000 per year 15 years ago to well over 100,000 per year today. I know this is probably true because as a music writer, it seems like I get about 100,000 emails per year from publicists asking me to listen to their clients’ new releases.

Now that almost all top-shelf indie albums are simultaneously released on Spotify when they hit record store shelves, serious music listeners can access all this new music the day it comes out. With only so many minutes in the day, bands no longer ask fans to buy their albums so much as beg them to simply take time to listen to them.

Here’s where it gets weird, at least for me.

I’m one of those people who only watches movies once, usually in a dark theater where they’re best experienced. For me, watching a movie is like hearing a joke — I laugh the first time it’s told, but knowing the punchline, the joke is merely amusing the second time ’round (and slightly annoying thereafter). So, too, after I’ve seen a movie, I’m pretty much done with it. I don’t buy DVDs and rarely/almost never rewatch movies when shown on television or premium cable. I’d rather spend my time experiencing something new.

On the other hand, throughout my life I’ve always listened to albums over and over. Maybe because I grew up in an era when buying a record was a true commitment. It also was a leap of faith, because beyond the radio singles, you never knew what else was on an album. You plunked down your hard-earned $6.99 and hoped for the best.

Sometimes that leap of faith paid off like when as a teenager I purchased Aja, Wish You Were Here, Infidels, Stop Making Sense, Under a Blood Red Sky, Houses of the Holy, Goodbye Yellow Brick Road, My Aim Is True, The Nightfly and Heartbeat City. But all too often the gamble was a bust, and I was left with an album that had only a couple good songs and a lot of stinkers. Still, I listened to them again anyway, often over and over without tiring.

That urge to repeatedly listen to albums is disappearing. I find even with new vinyl records I’ve purchased, I listen only once, maybe twice, then put them away and rarely come back to them because, well, I’ve already heard the punchline, and there’s so much new music I need to hear.

Having access to every new release on Spotify has effectively changed how I listen to music. And if I’m only going to listen to an album once or twice, why buy a copy? Or even better, why buy the whole album when you can buy just the good songs? It’s part of the reason this generation is living their lives one song at a time.