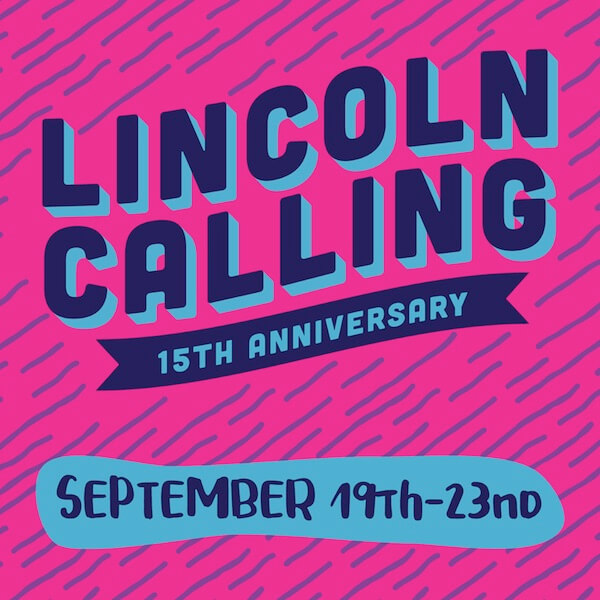 Maybe they should rename Lincoln Calling the “On Their Way Up Festival.”

The annual festival, which runs Sept. 19 to 23 in the heart of downtown Lincoln, is celebrating its 15th anniversary. To mark the occasion, you’d think they’d try to do something bigger than ever, but this year’s festival budget is actually smaller than last year’s, according to festival organizer Spencer Munson.

But for fans of indie rock (and Americana and Folk and Hip-Hop and R&B) the line-up has never been better.

Case in point: The headliners:

Waxahatchee — The project by Alabaman Katie Crutchfield has become beloved for its deep, passionate folk rock songs released on stalwart indie label Merge Records. The band just got off the road with New Pornographers and was selected to open Jawbreaker’s recent reunion show.

Japanese Breakfast — This under-the-radar act’s winsome, lovely indie rock has become a staple on college radio and satellite station Sirius XMU. Front woman Michelle Zauner (of the band Little Big League) has emerged as one of today’s most respected singer/songwriters.

Ron Gallo — The red-hot Philly rocker’s fuzzy garage sound has landed him slots on some of the nation’s biggest festivals, including Bonnaroo, Austin City Limits and Governers Ball.

Add to those sizzling newcomers The Nude Party, Lion Babe, Leikeli47, Ought, Joey Dosik, Fantastic Negrito and about 60 more national, regional and local acts including Criteria, Twinsmith, Universe Contest, Matt Whipkey and Stephen Sheehan and you’ve got the making of the first Nebraska-based festival with a vibe that could be compared to the early days of Austin’s South By Southwest Festival.

SXSW? That’s a bold statement bound to raise some eyebrows. But the comparison comes from the line-up’s emphasis on important, relevant rising-star acts playing at multiple venues rather than on a single, fixed stage. For the festival’s three primary music days, Sept. 20-22, Lincoln Calling patrons will bop among five downtown Lincoln venues as well as the massive outdoor Night Market stage located at 14th and “O” streets.

Unlike SXSW, however, each band will perform only once, whereas a typical SXSW act plays six or seven gigs during that festival’s week. Worry not, says Mr. Munson, you probably won’t miss a band on your list. “We’ve got the schedule worked out so none of the headliners overlap,” he said. “Well, maybe a little, but you can leave one and see the other without missing much.”

Munson, a Lincoln events organizer who runs the city’s Jazz in June series and Lincoln Exposed festival, has been involved with Lincoln Calling since 2010, working alongside the event’s founder, Jeremy Buckley. Munson was handed the festival’s director chores when non-profit Hear Nebraska stepped away from Lincoln Calling last year.

He began booking bands for the event in February with the help of Buckley and former Omahan (now Nashville-ite) Sam Parker of Perpetual Nerves Productions. “Jeremy brings in the Americana and folk acts, Sam brings great punk and indie, and I plug in the hip-hop and R&B,” Munson said.

With a smaller budget than last year, this year’s acts are less well-known (and less expensive to book) than past headliners like Charlie XCX, Charles Bradley and Real Estate. Instead, Spencer said he targeted younger bands “that are still hungry.”

“We tried to avoid paying too much for something that is underwhelming and that you’ve seen before,” he said, avoiding comparisons to any other local festivals. “I want people who love music to hear something they haven’t heard. That’s a big difference that makes Lincoln Calling unique – finding bands that are still under the radar.”

Munson would flay me alive if I didn’t mention Lincoln Calling’s non-music activities, of which there’s a ton: Wellness panels, a Makers’ Fair, art curated by Benson First Friday, and innovation & entrepreneurship workshops that include topics as diverse as women in the music industry, DIY touring practices and sound tech workshops.

No doubt the expanded cultural offerings pleases the festival’s many sponsors, which include Allo, Evol Empire Creative, Lincoln Community Foundation and Lincoln Convention and Visitors Bureau, among others.

Lincoln Calling is a non-profit that depends on sponsors for its existence. “I try to break even with sponsorship money,” Munson said. “Ticket sales are icing on the cake.”

He said he’s already lined up sponsors for 2019 and is in discussion with the Lincoln Arts Council about possibly combining Lincoln Calling with the city’s annual arts festival. “That would easily double the size of attendance and help us grow,” Munson said.

Here’s the details for this year’s Lincoln Calling Festival:

Tickets: Advance, full-festival passes are $40 and get you into all events all week long. VIP passes (avoid the lines, guaranteed access all week) are $75. Day passes are $20 for Thursday and $25 each for Friday and Saturday.

For more information and for the full performance and activities schedule, go to lincolncalling.com.