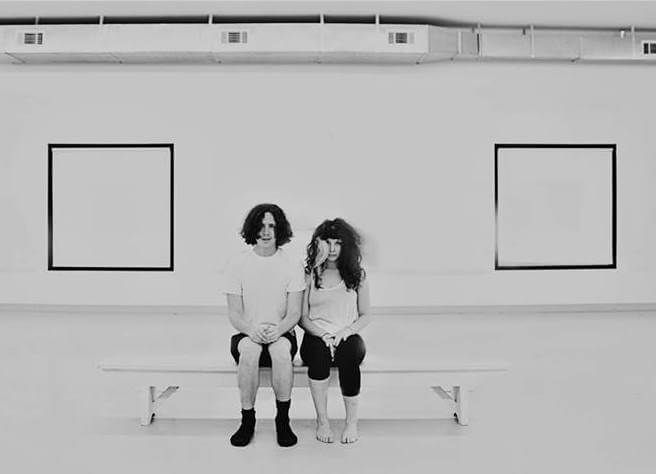 It was 10 years ago this past January when I first met and interviewed filmmaker/rock ‘n’ roller Nik Fackler for a story for The Reader. At the time, Fackler was known only for his film making, thanks to the now legendary story of turning his back on the Los Angeles Film School at the tender age of 16, the youngest person ever to be accepted to the prestigious institution.

Fackler didn’t want to taint his vision. Instead, at age 20 he focused his film making on music videos for local stars with national audiences, such as Conor Oberst, The Good Life and Azure Ray, before his first feature film, Lovely, Still, came along.

But we’ll get to that in a moment.

First, Fackler wanted to make sure I dedicated plenty of space in this column to the reason he reached out to me in the first place: His wife’s upcoming modern dance performance — Making Space, an evening of curated choreography Feb. 13 at Kaneko. It features performances by dance company Tbd. of works by Steph Huettner, Steph Kelley, Nichol Mason Lazenby and Kat Fackler, plus a screening of Nik’s latest short dance film.

Perhaps the biggest change in Nik Fackler’s life over the past 10 years was marrying Kat back in September 2014, five years after first bumping into her in line at a local Baker’s supermarket and introducing himself.

“Right after I met her I went to Africa to make a film, came back, we went on dates, and now we own a house,” Fackler said. Everything just fell into place, just like his career.

“Getting my foot in the door was just a stroke of luck,” Fackler recalled. “The spotlight already was on Omaha because of Saddle Creek Records. I had made a website for myself, which a lot of people weren’t doing back then, and started making short films.”

He sent one to director Paul Thomas Anderson, who put it online. A week later a representative from the William Morris Agency came calling. “He asked if I had a feature-length script, which was Lovely, Still,” Fackler said. “I still have the same agent today.”

Lovely, Still, which starred Martin Landau, Ellen Burstyn, Adam Scott and Elizabeth Banks, would finally be released in 2010, earning a 71 percent Tomatometer reading from Rotten Tomatoes. Not bad. The movie continues to be played every Christmas, and last year, a Korean film company made a remake of Lovely, Still called Salut d’Amour.

Fackler followed up Lovely, Still with Sick Birds Die Easy in 2013, a psychedelic documentary-style head trip shot in Gabon, Africa. While all that was happening, Fackler formed rock band Icky Blossoms and got signed to Saddle Creek Records, who released the band’s debut album in July 2012.

If there’s a flaw in Fackler’s formula, it could be his inability to focus on one thing at a time. “We were making the first Icky record while I was editing Sick Birds,” he said. “It tore me apart. I had the band asking for things and producers asking for things. In the end, Sick Birds got put on the back burner so I could go on tour with the band.”

While Fackler likes making movies, he’s not fond of the entire movie-making process. “Getting a film out there is difficult,” he said. “Going to film festivals, finding a distributor and selling your film — you have to be committed to the very end, and that’s the part I’m not good at.”

Still, Fackler is about to enter the fray all over again. After spending months on the road touring with indie band Of Montreal, members of Icky Blossoms are on a sort of hiatus, spending the winter putting out music videos, writing new songs and “getting caught up on shit that needs to get caught up on.”

For Fackler, that means refocusing on film making. He just finished a new script that’s in the hands of William Morris and is being sent to actors, including Martin Landau. “This one is about the music industry,” Fackler said, adding that he wrote it with Lawrence musician Arthur Dodge. “It’s about my love and disdain for the music business, weaving in parts of the last five years of being in a band, which have been difficult.”

Fackler said the music industry doesn’t have much respect for artists. “It chews them up and spits them out,” he said. “Musicians are the hardest working people in any industry. They drive in dangerous conditions all over the country and make a lot of money for the bars they’re playing at but not for themselves. They’re like teachers; they love what they do and because of that are taken advantage of.”

Fackler said he has another script still in the writing phase that focuses on sustainable farming, as well as a third outline for a script that’s a psychological horror film. “I’m locking myself in a room for six months to get these written,” he said.

Looking back, Fackler said he has no regrets about turning down that offer to go to film school. “The only thing I regret is spreading myself too thin,” he said. “I want to do too much because I’m easily bored. Right when Lovely, Still came out, I could have moved to Los Angeles and played the game. Instead I wanted to play music and travel the world. I may regret that a bit.”

He also wishes he could have been more successful because it would have made it easier to get his films produced.

“I wish Lovely, Still could have been seen by more people,” he said. “It’s not a regret as much as a disappointment. At the same time, I’m not disappointed at what I’ve accomplished for where I am. I’ve completed two feature films and three albums. Hopefully over the next 10 years I’ll have done twice as much.”

Making Space: An evening of curated choreography with Tbd. Dance Collective is Feb. 13, 7 p.m., at Kaneko, 1111 Jones St. Tickets are $10 at the door. For more information, go to thekaneko.org.