Home » News » Over The Edge » The Devil You Know 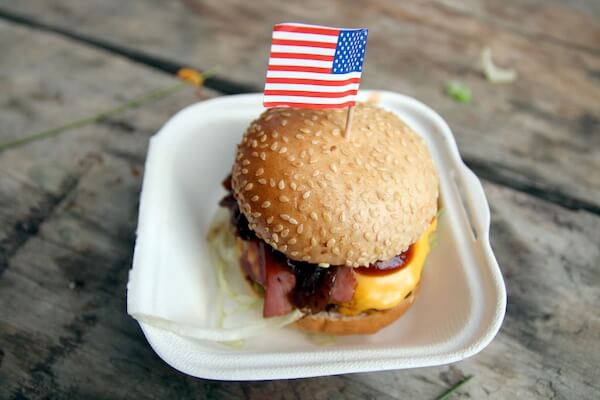 I’ll write this only if you promise to keep it from You Know Who.

But promise me you’ll at least try. Because if Mr. Trump gets his hands on this column, well, we’re all in for four more years of oversized ties, short-fingered handshakes and, worst of all, chest-pounding “I Told You So” tweets every morning at 5 Eastern Time, right after he’s rolled out of his solitary bed, the one with the view of the Washington Monument that inspires little when his wife is sleeping in The Tower back in Manhattan.

Here’s what I want you to keep from Mr. Trump: Winning a second term could be as easy as hitting a fairway on the 8th hole of Mar-a-Lago. All he has to do is this one little thing — be nicer. Just a teensy-weensy bit more reasonable. Or at least give the impression he’s trying to be slightly open-minded.

I know what you’re thinking: His “Base” — that iron-clad group that will support him even if he stood in the middle of Fifth Avenue and shot someone — won’t allow it. In fact, just the other day every TV pundit was saying Trump’s Base is “eroding” after he gave in to Nancy and Chuck and ended the “partial” government shutdown. Pshaw.

If Trump’s Base will back him when he does all the vile shit he’s done over his first two years in office, it’ll certainly back him if he eases up on the asshole-throttle just a little bit. They’re not going anywhere, even if he begins acting like a … well … a president.

It’s the last thing his opponents want. They need him to be an asshole. They’re depending on it. It’s only if they can continue to portray Trump as an out-of-control, unreasonable, uncompromising egomaniac that they can hope to rid themselves of him in 2020.

(I know, I know … but what about Russia? I gave up on The Mueller Report a long time ago. At best it’ll reveal (if ever released) only what we already knew, that Trump had his eyes dead set on life after losing the election — i.e., business deals in Moscow — with little thought of actually winning the presidency. And Congress, which is the only one that can do anything about it, won’t.)

What I’m talking about here is Trump making the slightest course change in the second half of his term by merely entertaining other points of view. It shouldn’t be too hard, considering he switched his party affiliation five times since 1987.

Look, I don’t expect him to actually do anything that could be construed as liberal. I’m suggesting he at least act like he’s listening and try to be a little less of an asshole. Stop with the childish nicknames for his opponents. Tweet a little less about Hillary — she’s yesterday’s news. Set the racist rhetoric aside, tell his Base he’s doing it for them. They’ll love it.

If he does this, he’ll maintain his White House address through 2024 not because he’ll swing anyone on the left, but because those in the center — the lazy, wishy-washy, middle-of-the-road throng that decides elections — are always looking for a reason to do nothing different.

On top of that, there’s a population of voters that wants to like Trump even though it knows better. Case in point: When Trump served Big Macs to the national champion Clemson football team in the State Dining Room I thought, “What a cheap-ass sonofabitch. He’ll get skewered for this one.” Instead, social media was aglow with aw-shucks compliments. People I thought shared my view of Trump (i.e., most of the people on my Facebook page) posted coverage of the Big Mac Banquet with comments like, “This kind of makes me like him.” Uh-oh.

It takes so little. Especially when Trump has two big things going for him.

The first, a red-hot U.S. economy that includes an ever-boiling stock market and ultra-low unemployment numbers, despite the fact that he’s doing everything in his power to screw it up.

Secondly, the Democratic Party has failed to provide an alternative. I know it’s early, but look at what we’ve gotten so far. Do any of them stand out? Are any of them even remotely as charismatic as Trump? Unfortunately, these days it’s the only thing that matters.

The swing voters who decide elections don’t know anything about the Democratic candidates other than they want to change the way things are going in this country. And God help us, they don’t want change.

At least with Trump, they know what they’re in for. He can win their votes if he can ratchet down his natural assholery, keep us out of new wars and just shut up for a minute. The good news for Democrats: That’s too much to ask of him.