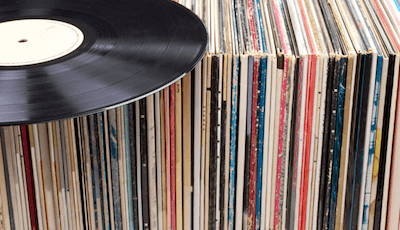 I used to write these CD review wrap-ups on a quarterly basis, but now that The Reader has gone monthly I’ve pulled back to doing them just twice a year. As a result, there’s a ton more recordings to consider.

In fact, so far 2015 has been a benchmark year for new music, at least from an indie perspective. There have been more quality indie records released at this point in the year than any other year I can remember. With that in mind, I’m making this hard on you. I’m listing as many albums worth checking out as I can squeeze into this column (Help me out, Eric), along with a one-sentence review. Find them in your favorite record store or check them out on Spotify and decide for yourself if they’re worth the investment. I think they are. And please, enjoy the rest of your summer.

Belle & Sebastian, Girls in Peacetime Want to Dance (Matador) — Better than the pundits have been telling you, if you’re a fan, it’s worth the acquisition, especially for the kicky dance tunes.

Courtney Barnett, Sometimes I Sit and Think and Sometimes I Just Sit (Mom + Pop) — The follow-up ain’t as strong as the debut, but it’s still better than almost anything else released so far this year.

John Klemmensen and the Party, self titled (self release) — John is one of Omaha’s secret weapons, a singer/songwriter rockstar who puts his heart on his sleeve and leaves it bleeding all over the stage.

Simon Joyner, Grass Branch & Bone (Woodsist)— We’ll point to this one in a few years as being a career-definer for Omaha’s best songwriter (sorry Conor, but it’s true).

Sufjan Stevens, Carrie & Lowell (Asthmatic Kitty)— Get out the Kleenix, this is weepy music about loss and death and stuff that hurts when you listen to it, but is beautiful as hell.

The Fireworks, Switch Me On (Shelflife) — Probably the best indie “rock” album released so far this year, its Ramones/Jesus and Mary Chain-infused riffs are righteously infectious. Find it.

Matt Whipkey, Underwater (self-release) — Matt’s at his best when Matt’s singing about himself, a topic he knows oh so well. Get it on vinyl.

Various Artists, Hear Nebraska Vol. 3 (self-release) — Consider it a compilation of the best Nebraska music from the previous year, because it is. Collect them all.

Sam Martin, A Motion in An Ocean (Make Believe) — He’s the guy you don’t want to live vicariously through because you could wind up dead or worse, but you’d always have a good story to tell.

Calexico, Edge of the Sun (Anti-) — A return to form for a band that’s been doing it since the ’90s, and doing it well.

Clarence Tilton, self titled (Need-a-Nail) — Easily among the best songwriter records released ’round these parts; this alt-country album will be on your year-end “best of” list.

Twinsmith, Alligator Years (Saddle Creek) — Impressive debut by some local heroes who are forging their own path by way of Vampire Weekend.

Digital Leather, All Faded (FDH)— I’m a sucker for this guy’s synth-fueled navel-gazing rock that is, indeed, loud as shit.

Desaparecidos, Payola (Epitaph) — More than a decade in the making, it was worth the wait if only because the world desperately needs someone to rage against the machine.

Waxahatchee, Ivy Tripp (Merge) — The women are making the best indie rock these days, and this is yet another example.

Matthew E. White, Fresh Blood (Domino)— A ’70s throwback sort of, White’s music sounds dated in a Blood Sweat and Tears sort of way, which is a good way.

Freedy Johnston, Neon Repairman — The best New York-by-way-of-Kansas singer/songwriter that you never heard of (or have forgotten) is back and better than ever.

Jamie XX, In Colour (Young Turks) — They’re calling it the dance album of the year; I say the jury is still out, though he knows how to craft them beats.

Domestica, Domestica 3 (Tremulant) — Heidi (finally) gets some company on the mic from her guitar-slinging hubby who is (almost) as good as his wife.

Death Cab for Cutie, Kintsugi (Atlantic) — Remember when these guys were relevant? Well, they almost are again.

The Decemberists, What a Terrible World, What a Beautiful World (Capitol)— Not as good as the last one by a long shot, but still worth checking out if only for Colin Meloy’s somber bray.

Father John Misty, I Love You, Honeybear (Sub Pop) — A sleepy album with enough beauty to make it more interesting than boring.

Kendrick Lamar, To Pimp a Butterfly (Interscope) — The only hip-hop album I’ve paid attention to this year, and the only one worth owning.

Modest Mouse, Strangers to Ourselves (Epic) — They’ll never be as weird or interesting as they were when they were young, but who cares?

Natalie Prass, self-titled (Spacebomb)— Another throwback to ’70s baroque, this may be the most starkly beautiful record of the year.

Sun Kil Moon, Universal Themes (Caldo Verde) — After Benji we all thought he was a genius; after this one we all think he’s crazy.

Wolf Alice, My Love Is Cool (Dirty Hit) — The last album I listened to before writing this column is a great way to start your summer.

Over The Edge is a weekly column by Reader senior contributing writer Tim McMahan focused on culture, society, music, the media and the arts. Email Tim at tim.mcmahan@gmail.com.