Home » News » Over The Edge » The Reluctant Expatriates 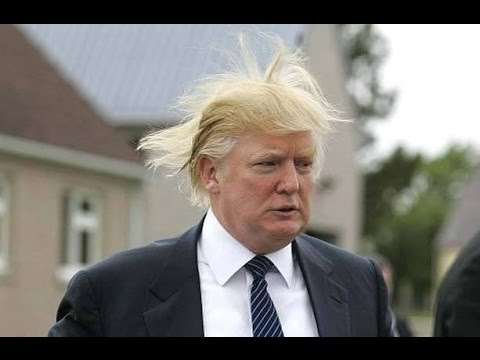 I was all set to write yet another flaming political diatribe about the current presidential primary cycle, but my heart just ain’t in it.

Prince’s death last week has thrown a pall over politics. Or maybe I’m just getting bored by the whole thing. After months of primaries, we pretty much know who the candidates are going to be, barring any historical actions at the GOP convention.

Bernie Sanders yesterday (April 25) began to sound like he’s about to concede, and his people are saying that his “movement” will make its mark on the convention platform. And while Donald Trump could get a taste of his own bullying by being pushed off the ticket at a contested convention, it seems unlikely (at least to me) that the Republicans would commit political hara-kiri by placing anyone else on the ticket but Trump, who has enjoyed massive victories in primaries and caucuses throughout the country, not the least being a landslide in New York. As of this writing, he’s poised to sweep the remainder of the Eastern Seaboard states that will be voting on another Super Tuesday.

So the whole thing is getting boring. Especially since Trump has been muzzled by handlers and his family, who are desperately trying to get The Donald to sound “presidential.” Gone are the daily verbal landmines Trump either casually or purposely stepped on only weeks ago. I haven’t even heard him say anything about The Wall since March. Trump’s only heated rhetoric these days is boasting that the primary system is “rigged” and Ted Cruz is bribing delegates to come to his dark side.

And no one cares about that, right? I figured people were finally settling in on an inevitable Hillary Clinton vs. Trump contest when I overheard the following recently in a Benson bar while the delegate count was flashed on an overhead TV:

“Where are you moving to once Trump becomes president?”

“I don’t know. Sherri and I are looking at Calgary, right along the border. We’d like to move to Vancouver but we’d never be able to afford it on teachers’ salaries.”

“I hear ya. We’re thinking Mexico. With the whole border thing happening, we figure their economy will go even further into the tank, and with the devalued peso, our savings will allow us to live like kings…”

I know what you’re thinking: Didn’t we hear all this before when George W. Bush ran for president in 2000? I distinctly remember film director Robert Altman (M.A.S.H., Nashville, The Player) boast that if Gee Dubya won the election, he was high-tailing it to France. I quietly laughed to myself, but at the same time understood what he was feeling. We were coming off eight years of Bill Clinton high times with Al Gore waiting on the doorstep of the White House, and here was Bush Jr. about to sneak in through the back door.

It was shortly after baby Bush easily won his second term that I had a chance to conduct a one-on-one interview with former Sen. Bob Kerrey, in town for one reason or another. We met at a North Omaha grade school surrounded by tiny desks and tiny chairs. At the time, Kerrey, who had suffered his own failed run for the Oval Office back in ’92, had left Washington.

We talked for 15 minutes about one policy or another. I still have the cassette tape of the interview around here somewhere. When it came times to wrap things up, I confessed that I was losing all hope in the system. How could someone as inane as Bush get the nod for a second term? Wasn’t Kerrey as frustrated as the rest of us?

Kerrey just laughed and said something about how politics were like a pendulum and how eventually that pendulum would swing back in the Democratic direction. And that we shouldn’t give up on the system and blah-blah-blah. He was right, of course. Bush and the Republicans would eventually leave the White House, but not until after the country had been crippled in the wake of two wars and a Wall Street scandal that would drive the economy into a very long, deep recession.

Now people are talking again about leaving the country, this time if Trump wins the election, and while it’s easy to laugh it off as hyperbole, over the years I’ve known a few people who moved out of Nebraska partially due to the state’s ultra-conservative political climate. They headed to Portland or Los Angeles or New York City — places where they could surround themselves with like-minded people.

Those liberal idealists with their big talk about moving to Canada or Mexico or Europe aren’t being driven out by Trump. Instead they’re questioning if they belong in a country where the majority of voters would agree to putting a person like Trump in charge of their country — a person whose core ideas about race, gender and war goes so completely counter to their own ideas.

Maybe they’re not so crazy after all, but we all know that in the end, none of them will make the move if Trump gets elected. Just like Altman. He never moved to France. Instead, he ended up dying in West Hollywood surrounded by his people. I guess he realized, no matter who’s in charge, there’s no place like home.