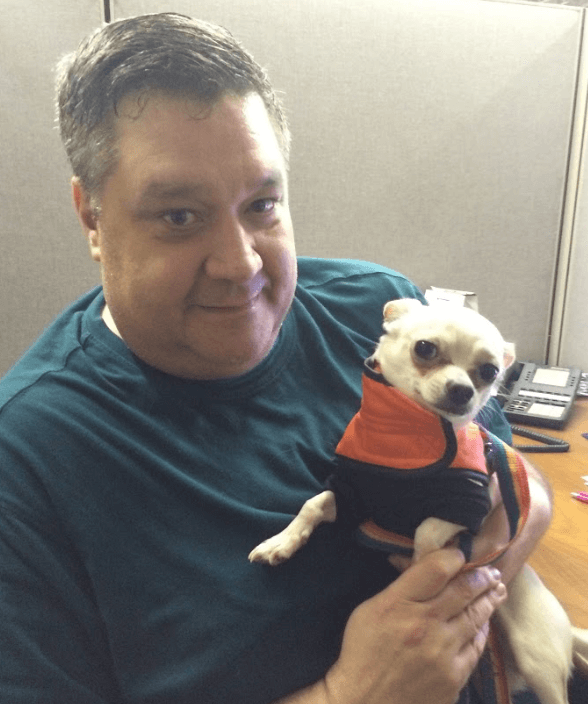 The last time I saw Eric Stoakes was on a hot summer evening on the patio outside of O’Leaver’s. We both were there to see whatever band was playing in the club that night. I was wearing my usual jeans-and-T shirt combo. Eric — always the height of fashion — wore dark pants and a black sports coat over a graphic T-shirt. Suave.

We chatted about the band, his current job, The Reader and the people we knew — I guess you’d call it gossiping — for a good half-hour while Eric waited for his Uber to arrive. I hadn’t seen him in person for more than a year, but when we talked, it was as if we’d seen each other only the day before. That’s what years of working and writing and editing together does to two people.

You may not know this but whenever you pick up a paper, there are dozens of people who work in the background to make what you’re holding in your hands the best it can be. Eric was one of those people.

I first met him 30 years ago during my last semester at UNO and my last semester writing for student newspaper The Gateway. He was a dashing young man with a long journalism career ahead of him.

It would be a number of years later that our paths would cross again, this time at The Reader. I was a freelance writer, and Eric was a production guy and editor who laid out the paper every week. I was — and still am — the worst procrastinator of any writer who’s ever worked for the paper, and it was only because of Eric that I got away with it for so long.

He would call and ask where my copy was, ask if I had any photos to go along with whatever interview I had written, and then would give me a few more days to file my copy. While other writers had Friday deadlines, Eric gave me ’til the following Tuesday morning (maybe he was doing this for everyone, I don’t know). I’m sure mine was the last story to come in before the real deadline.

But despite my inherent lateness, Eric somehow always managed to put together a smashing layout that made whatever I’d written look much more important than it obviously was, that made the folks in the photos look heroic, and whose striking headlines (which he wrote and designed) forced you, gentle reader, to stop your flipping and set your eyes to the page.

Eric produced these kinds of design miracles not only for The Reader but for a boatload of other publications — off the top of my head, Kids Magazine, Medium (his design masterpiece), Encounter and Omaha Magazine. So many people have seen his work and never knew the person behind it, the big-hearted genius with the warmest eyes you ever saw and whose croak of a voice sounded like a sly mystery.

And now he’s gone. Eric passed away Feb. 16 after a respiratory infection that landed him in the hospital where he fought for a number of weeks. I found out via Facebook, where I’d been keeping tabs on his condition by way of posts from his friend Tara Spencer. I thought he’d pull out of it — he’d always done so in the past — but not this time.

If you didn’t know him, well, you don’t know what you missed. And chances are you’ll never understand the kind of profound impact he had on Omaha’s cultural scene, not only through his work as an editor at the city’s independent publications, but as an organizer of all kinds of fashion, art and animal-centric events. I hope he knew how important he was. I’m happy I had a chance to tell him that night at O’Leaver’s.